Theatre Review: ‘The Gershwins’ Porgy and Bess’ at The National Theatre 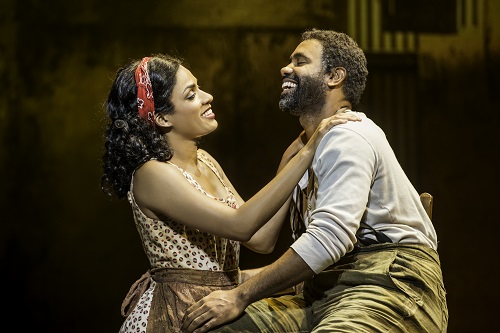 ‘The Gershwins’ Porgy and Bess’ is a winner!…an American masterpiece.

It is interesting to note that Todd Duncan was one of the voice teachers of baritone Daniel Comegys who is my voice teacher.  In a phone interview with Mr. Comegys I asked him to recall any stories he could share about Mr. Duncan. He mentioned that at the time he auditioned for the role of Porgy, Mr. Duncan was in an opera company in Manhattan.  At the audition he sang a few arias for George Gershwin.  Impressed, George Gershwin asked, “Will you be my Porgy”?  Todd Duncan replied, “I don’t know.  I’ll have to hear your music first.”  He, of course said yes and went on to be the creator of the role of Porgy. 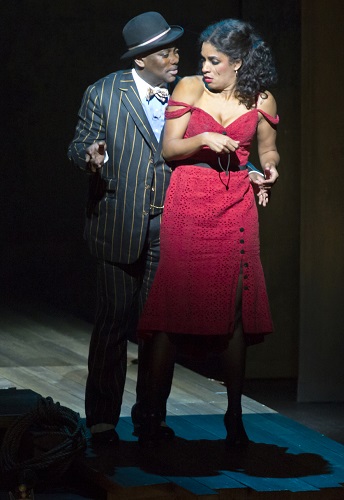 Based on DuBose Heyward’s novel “Porgy” and the play of the same name, which he co-wrote with his wife Dorothy Heyward, the story is set in the late 1930s in Charleston, South Carolina’s fabled Catfish Row. It deals with issues that are still very relevant today, including drugs, discrimination, and sexual and physical violence.  In this story the beautiful, but troubled Bess (Alicia Hall Moran) tries to escape her abusive boyfriend Crown (Alvin Crawford) and a dope peddler named Sporting Life (Kingsley Leggs) who is constantly trying to get her high.  In love for the first time, Porgy (Nathaniel Stampley), a disabled begger does everything in his power to try and rescue Bess.

The Gershwins’ Porgy and Bess is a musical theatre adaptation of the original opera.  Making it more accessible for today’s audience, this fresh version takes much of the recitative and turns it into dialog.  Also, the singers wear microphones which are not often found in operas.  This production features a grand 23-piece orchestra which is large by Broadway standards, but small for opera.  Some opera purists may wonder, why change perfection, while others understand that adapting Porgy and Bess into a musical theatre piece will entice audiences who otherwise might not go to the opera to enjoy this important story and glorious music.  For me, as a trained singer, I appreciate both versions.

The entire cast does a fine job with all the songs, especially the most famous ones.  Sumayya Ali as Clara holds her baby lovingly in her arms as she sings the mesmeric jazzy lullaby “Summertime.”  Nathaniel Stampley as Porgy won me over with his rendition of “I Got Plenty of Nothing,” and Kingsley Leggs as Sporting Life and the ensemble had the audience in the palm of their hands with “It Ain’t Necessarily So.” 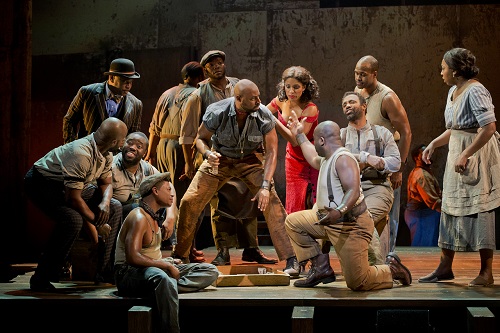 Alicia Hall Moran makes for a believable and beautiful Bess.  Under the skillful direction of Diane Paulus, she was most effective in expressing her characters inner turmoil through her nervous silence.  For example, the moments when I would see her character tempted to take dope really had me pulling for her to succeed in not giving into temptation.  Alicia Hall Moran is no stranger to the role of Bess.   She was the Bess alternate and understudy in Broadway’s Tony-Winning production.

From the moment Nathaniel Stampley stepped upon the stage as Porgy, he had my full attention.  In what I believe is the finest performance I have seen all year, Mr. Stampley embodies the role of Porgy.  It is apparent his performance is focused.  All the important elements of his character as it changes through the story shine through.  Seeing his facial expression after Bess stayed with him at his place for the first time was priceless.

Alvin Crawford, the tallest member of the cast, is fierce in his role as Crown, a tough and mean dockworker who will do anything to keep Bess, even if it means violence.  Being so tall and being so muscular, he has no trouble being intimidating.

The other bad guy in the story is Kingsley Leggs as Sporting Life who makes for a slimy, easy-to-dislike dope-peddler.  With his well-dressed suit and bowler hat,  Leggs is involved with many of the comical moments of the story.  The song “I Hates Your Strutting Style” sung by Danielle Lee Greaves as Mariah brings much laughter over Sporting Life as she expresses how much she hates the fact the he is a drug dealer saying to him, “Nobody gonna be peddling that happy dust ’round my spot!”

Running Time: 2 hours and 30 minutes with one 15 minute intermission.

The Gershwins’ Porgy and Bess plays through this Sunday, December 29, 2013 at The National Theatre – 1321 Pennsylvania Avenue, NW, in Washington, DC.  Visit online for tickets. 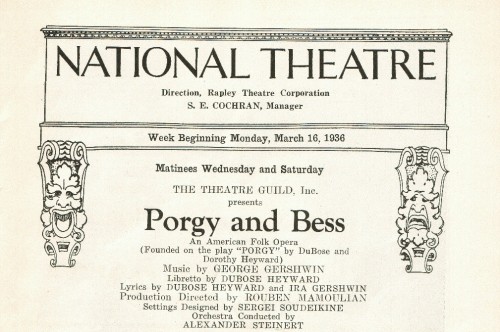