“So if you are in need of a little optimism and a renewed sense in the power of people to sit down at a round table and discuss their differences and have those differences resolved peacefully, and productively, for the benefit of all, then you need to fly, not walk to Arena Stage and see Guess Who’s Coming to Dinner, a truly uplifting evening of theatre.” Robert Michael Oliver

Synopsis: The story is basic comedy.  The Draytons are bedrock liberals.  Their 23-year-old daughter brings home unannounced a somewhat older man, with whom she fell in love only ten days ago; the older man is black.  She then announces that they will marry in two weeks.  To complicate the issue, the man will not proceed with the marriage if her parents do not approve.  From there, the flabbergasts, the misunderstandings, the hold-your-horses, the “let’s get one thing straight” moments produce a veritable chorus of show stopping laughs. 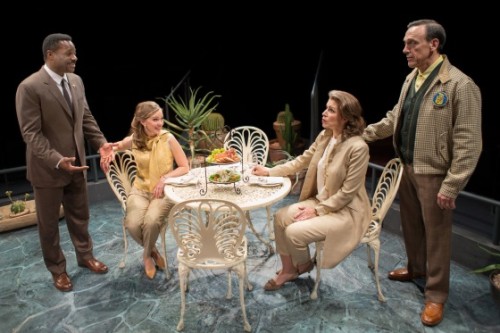 “More stories and exceptional performances from the entire cast abound and intertwine in this wonderful and unique production. Part musical, part history lesson, A Civil War Christmas is America’s Christmas Carol and should be seen by everyone this holiday season.” Lynne Menefee

Synopsis: A weary, very human President Lincoln contemplates his second inaugural address while trying to sneak out of the White House to retrieve a pair of gloves he left at the summer cottage – a Christmas gift for his wife, Mary Todd Lincoln. Along the way, he has a near brush with John Wilkes Booth and his companions in a failed kidnapping plot. Lincoln also briefly encounters a child, Jessa. Her mother Hannah, unaware of the Emancipation Proclamation, has fearfully sent her out alone to find safe haven at the White House. 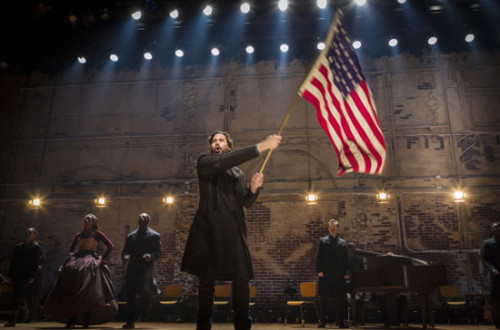 3. ‘Cinderella’ by the British Players

“In the worthy and wonderfully silly hands of The British Players, Cinderella is an exhilarating comic riot not to be missed.” Ed Simmons, Jr.

Synopsis: As the lights come up we are transported to a village street of centuries past where stands the crumbling edifice of the not-so-prosperous Hardup Hall.  Here we meet the first of the play’s many delightful characters – Kindheart the Fairy Godmother, who speaks Cockney in couplets.  She is not only a fairy armed with a wand but also a clown as the style of this show is British pantomime, not to be confused with silent mime. 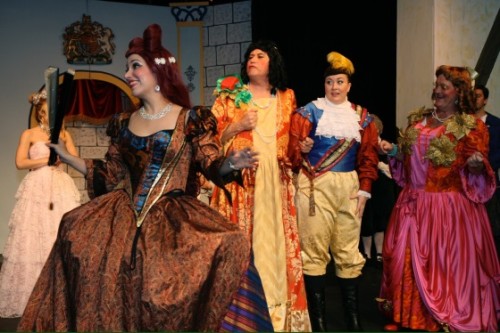 “Woody Sez is well worth the trip, and takes you on one of your own. Some nights the company has a post-show party, affectionately called a “hootenanny” in the hall below, and encourage audience members to bring instruments and participate.” Anna Brinley

Synopsis: From Okimah, Oklahoma to Pampa, Texas to the west coast and east to New York City where Guthrie died recording music and mentoring young musicians, this heartwarming, heart-wrenching odyssey weaves and winds just as Guthrie’s life did, looking for work, a place to call home, and ultimately to give a voice to people he met along the way. It takes the audience through the heartland of America, to California, to the Library of Congress and then overseas as Woody is called to duty in Europe and North Africa during World War II. 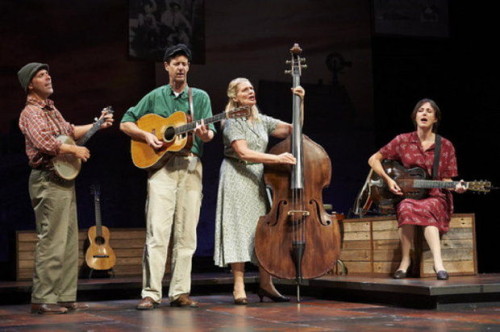 5. ‘Man in a Case’ at Shakespeare Theatre Company

“While the production does not include the full-throttle dance for which Baryshnikov is renowned, for theatregoers eager for new theatrical forms, Man in a Case offers a tightly choreographed synthesis of 19th century literary sensibilities with 21st century artistic forms.  What results is a kind of interdisciplinary mindfulness, a quiet excellence of form and content, led by master artist Mikhail Baryshnikov and a company of accomplished and versatile fellow artists.” Elizabeth Bruce

Synopsis: The first story tells of Belikov, a repressed teacher of Greek in a remote Russian town whose obsession with order has permeated the psyches and daily practice of all around him. His colleagues fear him and, to their dismay, find themselves bending over backwards to accommodate his obsession with order.  This prim and heartbreakingly lonely man exacts his rituals of mundanity in his tiny, container-like, one-room apartment. He is indeed a “man in a case.”  Belikov locks and unlocks his tower of locks, he places his right glove and left in their separate cases, removes his ever-present galoshes, reclines stiffly in his Murphy-bed, and draws down its shade, encased, as it is, for the night’s slumber. 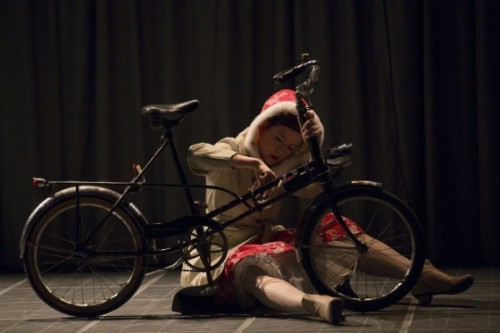 Tymberly Canale in Man in a Case. Photo by T. Charles Erickson.