Concert Review: Judy Collins with Kenny White at The Birchmere 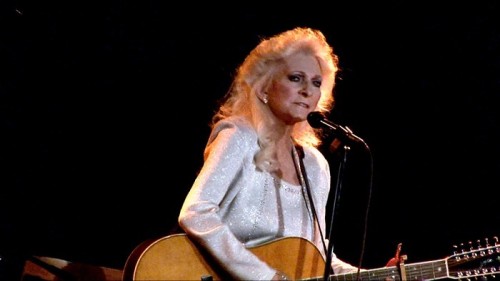 Judy Collins came with fellow New York singer-songwriter Kenny White to the Birchmere in Alexandria the other night.  Kenny took I-95 like most mortals, but Judy seemed to float in on a voice which has hardly lost a nuance since the 1960s.  Given the toll the years have taken on other alumnae of the New Folk Revival, it is such a pleasure to see Judy in fine voice still, and to see her promoting fellow artists who deserve our ear as well.  Both of them have the personalities to fill the room and give the Birchmere the intimate feel of the New York clubs that Collins and White probably use as their home bases.

The evening started with a smart, brief set by Kenny White, whose piano talents alone are worth the ticket.  A denizen of Greenwich Village, White’s range as a player covers musical genres from classical to blues, and his lyrics display a wry, off-beat sense of humor.  Whether dreading a date with someone who has to be the strangest girlfriend in the world (“She’s Coming Saturday Night”) or spoofing the demands of the star-making machine (“Gotta Sing High”), White engages us with an easy, laid-back charm.  He also gives audiences the refreshing sense that he is making up lyrics on the spot, sometimes singing his apologies for awkward rhymes and—in a new effort—singing about the pitfalls of spending his days in front of the laptop.

Collins, with her longtime accompanist Russell Walden, gave us a tour of some of her most popular songs from the 60s, along with brief tales from those days–for the most part charming and only occasionally dishing on artists (Dylan, anyone?) that she didn’t care for. With her 12-string and set notes on a nearby music stand—a common arrangement, not without its hassles when (as often happens with other artists) the papers get messed up—she sang with a clarity and range you usually associate with artists a fraction of her age.

An accomplished songwriter in her own right, Collins continues to write new material; so it’s a pity that this particular concert focused so much on the old hits.  Given her fine work on “Bohemian” (released in 2011) it would have been nice to hear “In the Twilight,” a moving tribute to her mother, or Jimmy Webb’s whimsical “Campo de Encino,”—something to remind us that she continues to be on the lookout for songs that suit her inimitable style.  Judy did, however, give us one nice medley of Stephen Sondheim tunes, and enjoyed leading us all in a chorus or two of “Somewhere Over the Rainbow,” which, if you haven’t heard her sing it, is a very nicely done. 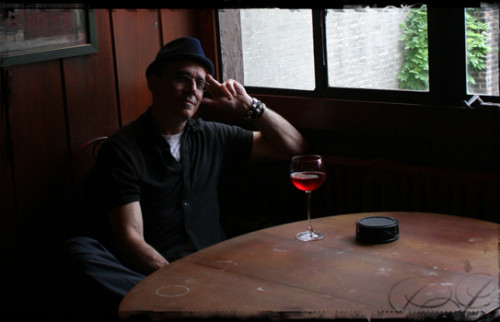 Now, an etiquette reminder for certain Birchmere patrons—you know who you are—be advised that there’s a reason for the policy on cellphones, cameras, etc.  When the management tells you to turn them off, they mean it; not only is pirating concert recordings unethical and illegal, the patrons in the tables behind you have their view of the stage blocked by your latest gadget, and the lights on those tiny screens make it even worse.

Rude people with gadgets notwithstanding, the strength of Collins’ voice and her wonderful way of engaging the whole audience shone through; it was a nearly perfect evening with an artist many consider to be an old friend, beloved since childhood.

For more information about Kenny White, be sure to visit his website.  And if you haven’t already have a look at Judy Collins’ website.

Judy Collins performed at The Birchmere on January 24, 2013.