Music News: Legendary Singer Judy Collins on her January 24th Return to the Birchmere and More 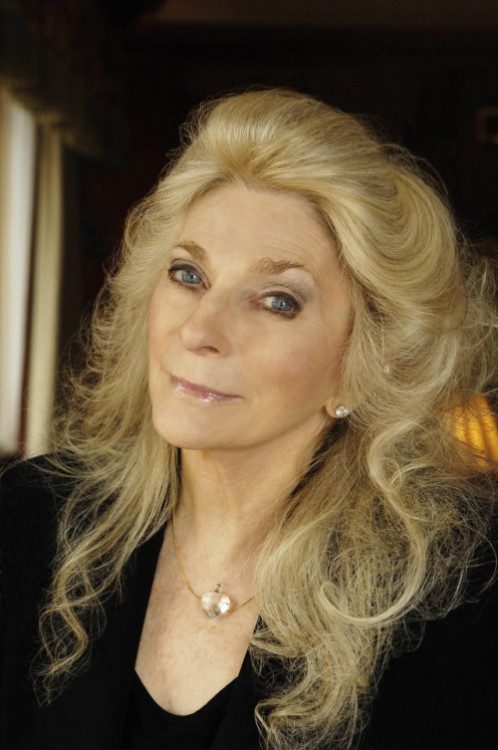 Legendary pop/folksinger and Grammy Award winner Judy Collins returns to the Birchmere in Alexandria VA. on January 24th for what will be a great night of music from the singer that always delivers heartfelt renditions of classics and original material with her distinct soprano sound.

Her 1975 release Judith is considered by many, including myself, one of the best pop albums ever recorded. The song choices are impeccable throughout with titles such as “The Moon is a Harsh Mistress” and her own composition “Houses.” But it was her version of “Send In The Clowns” that was the breakout hit. It won a Grammy for Best Song of The Year. Over the years Judy Collins’ many hit songs have included “Amazing Grace,” “Both Sides Now,” and “Hard Time for Lovers.” If you grew up watching Sesame Street, as I did, you might remember one of Judy’s many appearances. What you might not know is that amongst her many recordings, Judy recorded a wonderful CD a few years back called Classic Broadway which is conducted and features orchestrations by Jonathan Tunick. It features many classic songs including “How are Things in Glocca Morra” and a new recording of “Send In The Clowns.”

She is the author of several books including her inspirational memoir Sanity & Grace which focuses on the death of her only son and the healing process following that tragedy.

Judy Collins’ social history has always been linked with her musical history.  Judy is drawn to social activism and is a representative for UNICEF and campaigns on behalf of the abolition of landmines, amongst many other causes.

For a singer whose career spans over 50 years , Judy Collins’ voice and musicianship are as good as ever. I had the good fortune of seeing her perform live a few years back and was mesmerized by what I heard. It’s not often I get to interview a legend of music like Judy Collins so I want to thank her for taking time out of her extremely busy schedule to talk with me. She is a class act and if you can get to the Birchmere on January 24th (provided there are any seats available), you won’t regret it in the least. There are very few singers of this caliber touring anymore so here is your chance to see and hear live one of the finest voices ever.

I was born into it. My father Jeff Collins was a famous and well known performer. I got to perform on his radio show plus school choirs. My whole life pretty much has been music.

Without giving away too much what can we look forward to hearing performed in your concert at the Birchmere?

Let me start by saying I love playing the Birchmere.  What you will hear reflects what is going on with me right now. A couple of new songs including “My Mother the Twilight,” “Amazing Grace,” “Send in The Clowns,” and who knows maybe even “Both Sides Now.”

Your album Judith is legendary for a whole list of reasons. One of which is that Stephen Sondheim’s “Send in The Clowns” won a Grammy for Song of the Year. Were you surprised by the popularity of that song?

No. When I heard it I knew it was a hit. I knew I had to sing it and it was potentially a very big song. Contrary to popular belief, my version made it a hit, not Sinatra’s.

Jonathan Tunick orchestrated three songs on Judith and then scored the entire CD of Classic Broadway for you. What is it about Tunick’s work that makes him your go to guy when performing songs of the theatre and just in general?

Do you have a favorite musical?

Guys and Dolls. I started hearing it when it came out. It has some the best songs and book in the repertoire.

There are many stage musicals and films about pop singers out there. If presented with the chance would you let your life be dramatized either on stage or on screen?

When my book “Sanity and Grace” came out Sony optioned it for a movie, but with me having no control over the finished product.  We’ll see what happens with that.

I remember you performing a song on Sesame Street called “Yesterday Today and Tomorrow.” Is that a song you wrote and how did that opportunity come about?

Joe Raposo wrote that one as he was the resident composer at that time. The only song I wrote for Sesame Street was the “Fisherman Song.” I was friendly with Jim Henson and they were interested in me being on the show. I started around 1974 and appeared on sixteen different episodes.

What is the biggest difference in the music business today from when you first started performing and recording?

I’m working harder than ever.