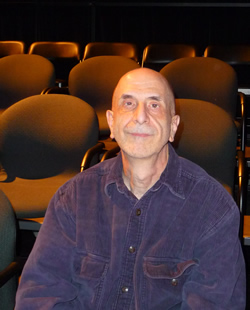 Today I am giving my third special award as part of this year’s Reader’s Choice Awards here on MD Theatre Guide. Last year this award went to Barbara Bear whose southern charm  and support of the theatre community is adoring to all. This year we honor a guy whose presence in the front row of most theatres is always a welcome sight.

David Tannous is a person you see in pretty much every theatre around town. With his trademark corduroy jackets and smile from ear to ear, he is one of those people that we are so lucky to have supporting the arts. He came to DC with his family at the ripe old age of three months from Minneapolis and has been here ever since. He graduated from Amherst College where he served as a writer and editor for the college newspaper. He was fortunate enough to see President John F. Kennedy a month before his assassination at a cornerstone laying ceremony for the new Robert Frost Library. He is a longtime resident of Annandale, VA.

David’s love of the arts extends way past theatre as he regularly attends opera, classical music, and the ballet. If he approaches you at a show, generally one of two things will come out of his mouth. “Hey! Have you seen…..? It was wonderful!!” or ” I just saw….. you must go!!” That is the level of his enthusiasm. At the end of any given performance you can find him holding court with all of the performers in the lobby. David knows everyone and everyone knows David in the best possible way. He is incredibly knowledgeable and exudes so much positive energy.

For all the things I just said and for being a true patron of the arts, I present the second annual Most Enthusiastic and Supportive Audience Member Award to David Tannous. Look forward to seeing him in the front row of a theatre near you. 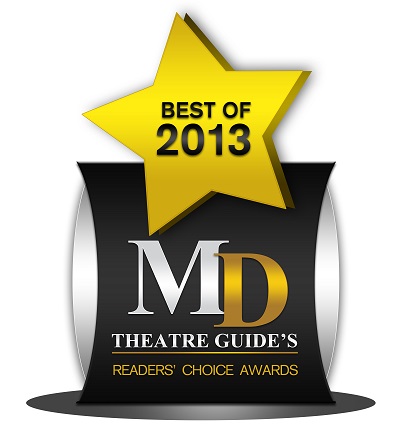