News: ‘The Show Must Go On’ Award as Part of MD Theatre Guide’s Reader’s Choice Awards 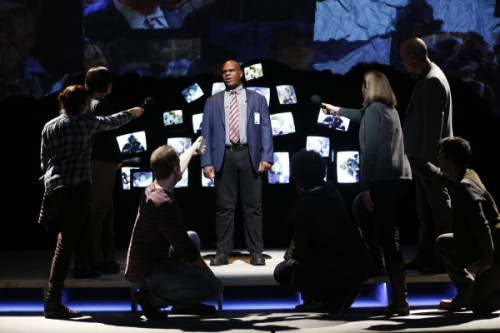 Craig Wallace and the cast of The Laramie Project. Photo by Carol Rosegg.

Last year I presented two special honors as part of our Reader’s Choice Awards: Most Unique Theatrical Experience and Most Enthusiastic and Supportive Audience Member. This year I am adding two more special awards. Here is the first one and it proves the no matter what that the show must go on.

Theatrically 2013 was a rich year in the DC area. Things were going along smoothly. And then in October, something happened that threw everything into turmoil.

As you know,  the government was shut down for a number of days because it could not agree on a budget. It affected all gov’t buildings including Fords Theatre where the opener of their season The Laramie Project  was already in previews. The day the shutdown started was the day the show was officially supposed to open. Ford’s Theatre’s executive director Paul R. Tetreault had the biggest challenge ahead of him. How does one open a show with no venue? The answer was to start calling around to other theatre spaces. Woolly Mammoth Theatre Company offered their rehearsal studio space and the show opened to press with minimal lighting, full sound design and a cast of DC’s best performers that seemed undaunted by the last minute venue change. What resulted that night was an evening that was inspiring. 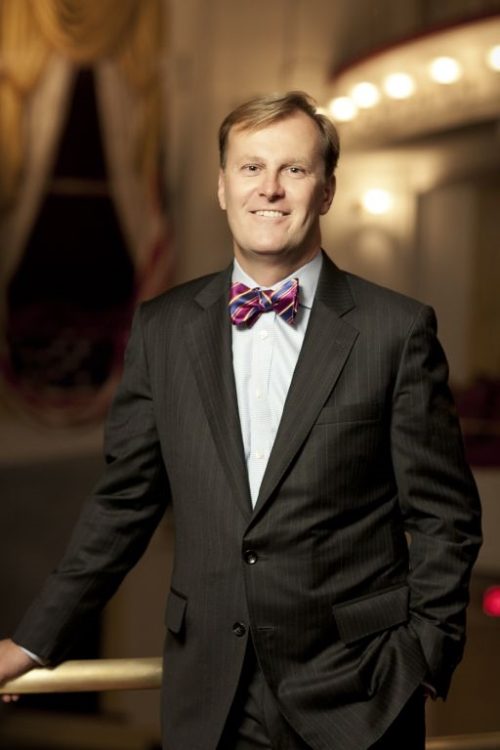 Because the shutdown was slated to go for a while, Tetreault’s next mission was to find a venue where the show could be performed until it could return home to Fords. First Congregational United Church of Christ came forward and Ford’s presented some free performances to sold out houses. It then continued on at the church with reduced priced performances until the shutdown ended. After the shutdown ended The Laramie Project returned to Ford’s Theatre to complete its limited run.

It’s not often that you see a person so passionate about getting a production seen no matter what the circumstance. As you might know The Laramie Project deals with the gay beating of Matthew Shepard in Laramie Wyoming. The story was one that Paul R. Tetreault felt needed to be seen no matter what, so he took the initiative and presented the show where he could.

It is because of his persistence and passion that I present ‘The Show Must Go On Award’ to the executive director of Ford’s Theatre Paul R. Tetreault.

It is because of him that the story presented in The Laramie Project could continue to be seen and for that we are very appreciative. While this award goes to Tetreault, it also is for the cast and crew of the show and director Matthew Gardiner for presenting a potent evening in the theatre and despite political craziness, never letting it effect the final product. 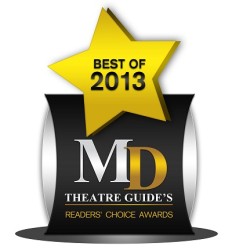 The Show Must Go On Award Recipient: Paul R. Tetreault