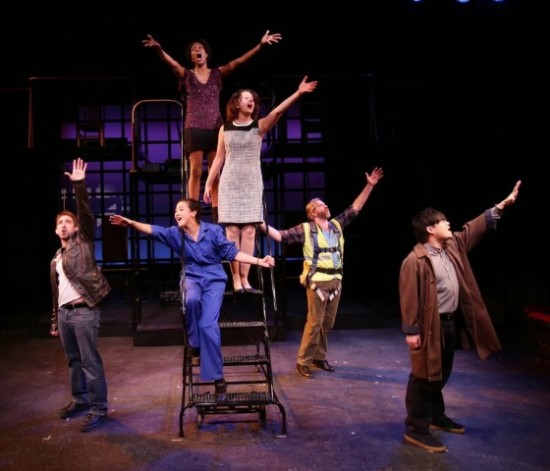 The Lyric Stage Company of Boston is the oldest operating regional theatre in Boston, Massachusetts, and this season they are celebrating their 40th anniversary. As part of this milestone, their current offering is a musical that doesn’t get seen a whole lot but is definitely worthy of production. Working is based on the bestselling book of the same name by Studs Terkel and is made up of everyday people of all ethnicities and occupations talking about their jobs. Some would say “That is a basis for a musical?” Yes it is and a good one at that.

The original production in 1978 only ran for twenty four performances due partially to a season of shows that included Bob Fosse’s Dancin, Liza Minnelli’s star turn in The Act, and the hit musical On the Twentieth Century. With that much competition, the subject matter of Working was a turn off for most audiences. Thankfully an original cast recording survives so people can hear the wonderful score written by many illustrious writers, who include Stephen Schwartz (directed original production and co-adapter with Nina Faso), Craig Carnelia, Micki Grant, and James Taylor. Taylor’s two songs appear on his classic Flag album. 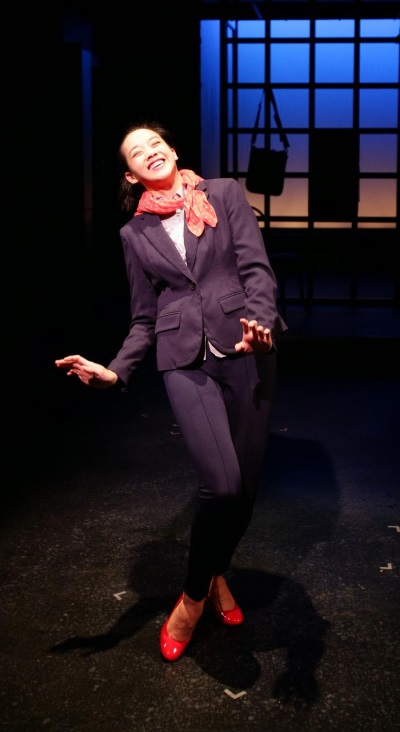 The show has found a life in regional and local companies over the years including a production at DC’s Keegan Theatre not too long ago. In 2011 director Gordon Greenberg directed a production in Chicago with some new interviews and two new songs by Lin-Manuel Miranda. That is the version now being presented at Lyric Stage Company of Boston.

The show has been scaled down from the original which had a large cast and orchestra to six performers and in this case four musicians. It may be small in size but it covers a lot in story and song.

A few musical highlights include the story of a waitress (Shannon Lee Jones) who keeps her job interesting by pretending the restaurant is her stage. Jones sells the song “It’s an Art” with brashness, making her turn a standout in the show. A few other standout performances include  Cheeyang Ng’s vocal performances on “Delivery Man” and with Tiffany Chen on “A Very Good Day” which parallels two forms of caregiving; a nanny (played by Chen) and an elder care worker (played by Ng).  I very much enjoyed Phil Tayler’s rendition of  “The Mason” as well as Merle Perkins’s on “If I Could Have Been” and “Cleaning Women” both of which have plenty of punch and power. Christopher Chew’s rendition of “Fathers and Sons” was quite moving as well. The choral work was really solid sounding. When the ensemble sang together on the show’s finale called “Something to Point To” it really gave the show a big finish and a message for all of us.

All of us need that in our lives and when you hear those lyrics land so well, the message was never so clear. 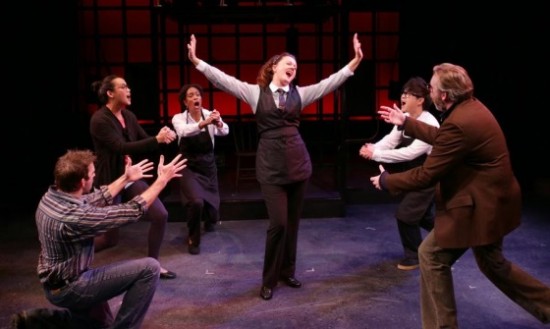 As much as I liked the musical sequences there were two that did not work as well as they should have. The first one was Merle Perkins’s rendition of “Just a Housewife.” I’m not sure if it was a weird key for her or what but Perkins just sounded very uncomfortable performing the song. Second was Christopher Chew’s performance of “Joe,” which is written for a retired fireman. It’s not that Chew’s vocal was the problem because he sounded fine; it’s more that I didn’t buy the fact that he was an older man. Chew has a beard and a young and limber appearance which worked against his characterization.

Between the songs there are monologues and while some worked very well such as Tiffany Chen’s lead in piece to the song “Millwork,” others felt forced and in the case of Phil Tayler’s take on the UPS guy, it felt over schticked. 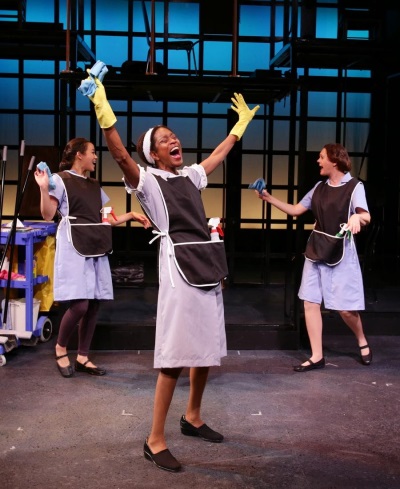 In these cases Director Ilyse Robbins chose to make the material something it’s not. She chose not to treat the characters honestly and make them cartoonish in nature. If you do that, you are doing a disservice to the material and the people the show is about. I did, however, enjoy Robbins’ staging for the songs. She uses every inch of the thrust stage designed by Anne Sherer to full advantage with its multi leveled design.

I must give many kudos to musical director Jonathan Goldberg, and the three other musicians, for playing Alex Lacamoire’s orchestrations with much energy and groove.

All in all Working at Lyric Stage Company of Boston might not be totally satisfying as a production but it does bring out how strong the score and stories are. For those who have never seen the show before, this production is a good place to be introduced to a lesser known gem of musical theatre.

Running Time: One Hour and 45 minutes with no intermission.

Working plays through February 1st 2013 at Lyric Stage Company of Boston which is located at 140 Clarendon St in Boston, MA. Tickets can be purchased by clicking here or by calling 617-585-5678.