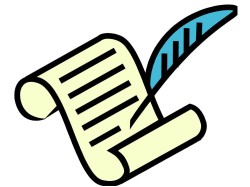 Presented by Playwrights Forum, It’s Your Funeral and Bar None are directed by Catherine O’Connor. The reading takes place on Tuesday, January 14, 2014, 7:00 p.m. at St. John’s Episcopal Church.

It’s Your Funeral is a one-act ghost story murder mystery. Lisa and her boyfriend Jim track down Uncle Billy’s murderer with the help of the late Uncle Billy and Jim’s dead mother Stacey. Each of the four suspects had a motive, an opportunity and the means to do in Uncle Billy. And even Lisa, who loved Uncle Billy, agrees that he wasn’t warm and fuzzy.

Bar None is a 10-minute comedy set in a bar with a really different protagonist who would love to fit in with people better than he does.

The two plays are being presented at St. John’s Episcopal Church, 6701 Wisconsin Ave., Chevy Chase, MD, at the corner of Bradley Lane and Wisconsin Avenue. Enter on the side of the church, on West Avenue. Parking information is available on the church’s web site: click here.

Refreshments will be served. General seating (no reservations).