Theatre Review: ‘Crimes of the Heart’ at Everyman Theatre 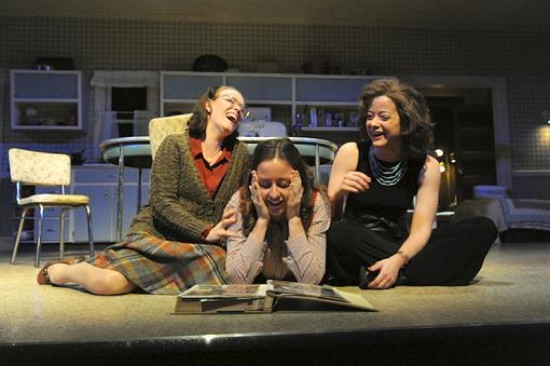 The Everyman has again produced theatrical magic with its revival of the Pulitzer Prize-winning play, Crimes of the Heart, written by Beth Henley. In her debut with this theater, director Susanna Gellert has brought together a brilliant cast and crew, creating a production that is not be missed. The good news is the show has been extended an extra week.

Though not as dark as some of the plays written by Tennessee Williams, it is part of that same literary genre known as “Southern Gothic” – a mix of tragedy with dark comedy. Crimes possesses a lighter, wackier touch with an emphasis on Heart. The setting is 1974 in the small town of Hazelhurst, Mississippi. The three Magrath sisters reunite in support of the youngest, Babe (Dorea Schmidt), who has shot – though not fatally – her lawyer husband because she does not like the way he looks. But there is a sense that there are darker, possibly justifiable, reasons.

All the pieces come together to create a funny and touching play about sisterhood, family and the deep ties that bind.

The oldest sister, Lenny (Beth Hylton) is a mousey, plain Jane who would archaically be called an old maid at 30. She has sacrificed her chances for love because of a problematic ovary and a sense of duty. Lenny still lives in the family home, taking care of Old Grandaddy, who raised the three girls after their mother’s suicide. It is also her 30th birthday that everyone seems to have forgotten. Even her beloved old horse has been struck by lightning and died. 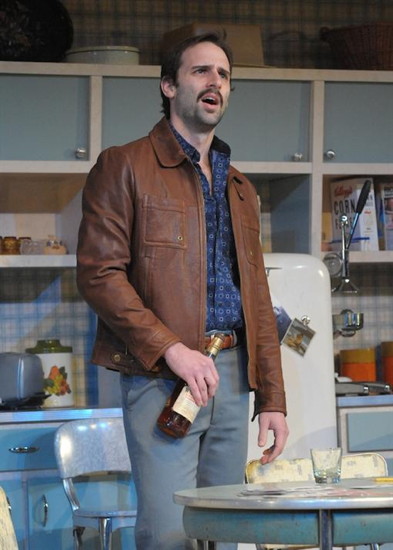 Like a whirlwind, the flighty, self-absorbed middle sister, Meg (Megan Anderson) descends on the scene. She has failed to make it big in Hollywood as a singer – and had a little nervous breakdown in the process. The sisters’ vain, busy-body cousin Chick (a marvelous Katy Carkuff), constantly reminds the family of Meg’s trashy reputation until Lenny’s beautifully played transformation sets her straight.

Most of the men are out of sight but the two who appear on stage give wonderful performances. Meg’s old flame, Doc (Danny Gavigan) has dared to marry – heaven forbid – a Yankee. He still carries a torch for Meg who insisted on riding out Hurricane Camille with him five years earlier because she thought it would be fun. The town blamed her for his slight limp caused by an injury during the hurricane. Gavigan plays Doc with a gentle, world-weary resignation.

In his Everyman debut, Jamie Smithson as Babe’s lawyer, Barnette, is near perfection. Enthusiastic and earnest, he has a legitimate axe to grind with her not-so-wonderful husband. He also has a serious crush on Babe (which is returned) and is conveyed by his spot-on shy sighs. Babe is so sweet and her reasoning so earnest, that Barnette can overlook an interracial affair with an under-aged young man that could possibly derail her defense.

Hylton, Schmidt and Anderson completely embody their characters. The chemistry is so strong that it is hard to believe that the three women are not indeed sisters. They do what siblings do. They talk over each other, argue and reminisce. There is jealousy and love. Above all, they are there for each other. 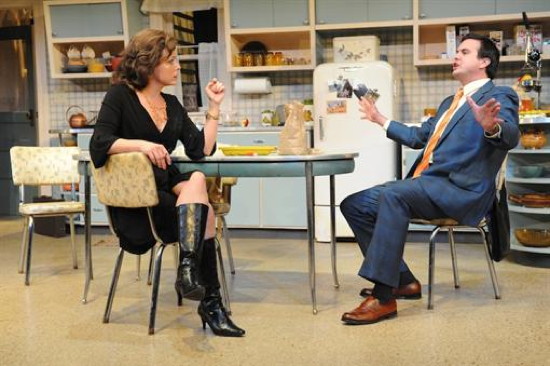 Megan Anderson as Meg and Jamie Smithson as Barnette. Photo by Stan Barouh.

The small touches delight from the music of the era on the radio to the pantyhose that Lenny bought for Chick and watching the oh-so-familiar dance to get them on. (Remember L’Eggs that came in an egg-shaped container?) The entire action of the play takes place in the beautifully detailed kitchen designed by Debra Booth – also in her debut at the Everyman. When Babe makes lemonade (as she does whenever she is under stress), she makes real lemonade. Levonne Lindsay’s costumes perfectly capture the era of the not-so-stylish 70s, especially Meg’s bell-bottomed pantsuit.

All the pieces come together to create a funny and touching play about sisterhood, family and the deep ties that bind.