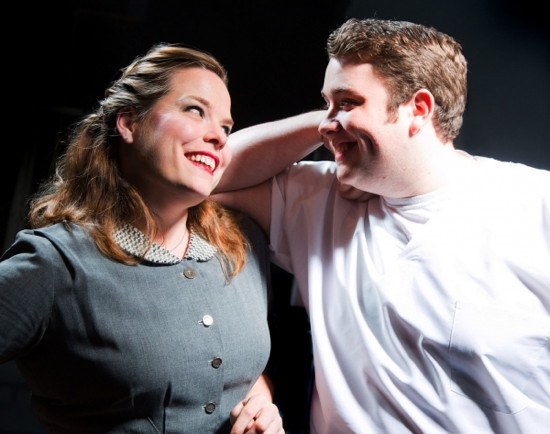 The Vagabond Players’ production of Harvey opened to a full and enthusiastic house last night.  Mary Chase originally wrote Harvey as a stage play.  It premiered on Broadway on November 1, 1944, and closed on January 15, 1949, after 1,775 performances.  Ms. Chase also won the Pulitzer Prize for Drama for Harvey in 1945. The popularity of the play led to the 1950 movie of the same name staring Jimmy Stewart and Josephine Hull.  Harvey is known for it’s charm and humor and Vagabond’s production supplies an enormous amount of both.

Harvey is actually a “pooka” that befriends Elwood P. Dowd (played by a delightful Roy Hammond) one late night on the way home from one of the many bars Elwood likes to frequent.  A pooka is a mischievous spirit in Irish folklore who can appear in different forms, and Harvey is a 6-foot, 8-and-a-half-inch, white rabbit, except that he’s invisible to all but Elwood and a handful of people to whom Harvey chooses to reveal himself.

Elwood has reached a point in his life that seems ripe for the arrival of a pooka.  He has grown tired of living his life only being “smart.”  Elwood now chooses to be “pleasant” instead, and pleasant he is, to everyone he meets.  People around Elwood generally find him extremely charming.  His habit of talking to an invisible friend, is exceedingly annoying to his family, who conclude he’s just plain crazy. 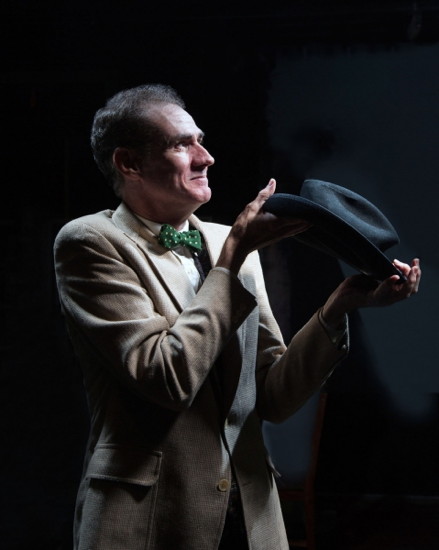 Elwood’s sister, Veta Louise Simmons (played by a very talented Joan Crooks), is in the camp of those believing Elwood is crazy. Elwood insists on introducing everyone he meets to Harvey, which causes bitter social embarrassment to Veta and her unmarried daughter.  Veta decides to put an end to it by committing Elwood to a sanatorium called Chumley’s Rest.  Upon delivering Elwood to Chumley’s Rest, however, the young Dr. Lyman Sanderson (played by an enthusiastic Chris Cotterman) mistakenly commits Veta instead of Elwood, and the hijinks ensue.

The entire cast of this production is strong and engaging.  Director Sherrione Brown set a tone that plumbed the comic depths of the script without overshadowing the sensitive charm of Elwood and Vita.  The set, which begins as Elwood’s library, received well-deserved applause at the first scene change, when it opened down the center and the walls swung open to reveal the lobby of Chumley’s Rest.  It is perhaps the most impressive scene change I have ever seen on a theatre stage.  Vagabond’s theatrical space remains as cozy and welcoming as ever. 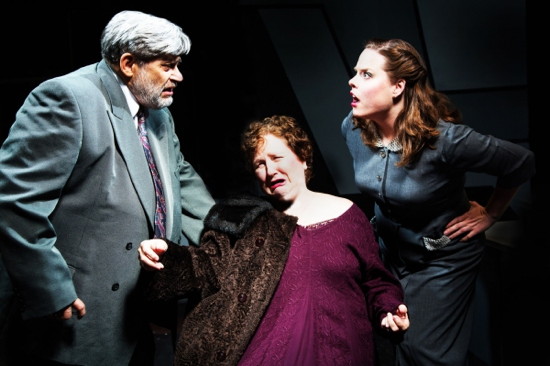 Phil Gallagher, as Dr. William Chumley was a joy to watch as he descends from a strong, self-confidant scientist to a frantic man who is unsure of what he is seeing and even who he is.  Colin Holmes, as orderly Duane Wilson, is top notch, with perfect comedic timing .

Overall, The Vagabond Players’ Harvey is a fine evening of entertainment, very well done – even if you never see the tall, white rabbit (who could be sitting next to you right now).