Theatre Review: ‘The Tallest Tree in the Forest’ at Arena Stage 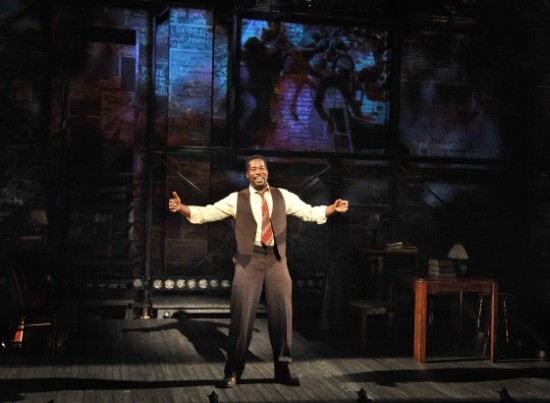 At the beginning of Act 2 of The Tallest Tree in the Forest, playwright/performer Daniel Beaty plays the part of Jamal Joseph, a professor at Columbia University.  He comes on stage to speak to us about the meaning of “a comfortable black history,” which by the way is not too much different than “a comfortable white history.”  From the perspective of the comfortable, the American struggle is one of identity politics.  Whether we are discussing African Americans, Latinos, Jews, Women, Asians, or Gays, oppression is always about the denial of group and, thus, individual identity.  It is never about economics, i.e., class.  In this comfortable version of American history the struggle for economic justice is made invisible and its historical leaders are demonized or, as is the case with Dr. Martin Luther King, Jr., remembered solely for their civil rights (non-economic rights) activism.

…an urgent call to all artists and all citizens to take up his mantel and move forward.

That is why Paul Robeson, one of the greatest performing artists America has ever produced, has been disappeared from America’s memory; for unlike Dr. King, Robeson’s forty-year commitment to the struggle for economic justice cannot be Disney-fied or watered down.  It can only be demonized and then erased.

Daniel Beaty’s tour de force performance of his one-man The Tallest Tree in the Forest now on stage at the Mead Center for American Theatre at Arena Stage is his sacred attempt to resurrect Robeson from that dustbin.  If he fails and America refuses to remember this history, it will not be for any lack of effort or talent or skill on his part, for Beaty brings the whole theatrical package. 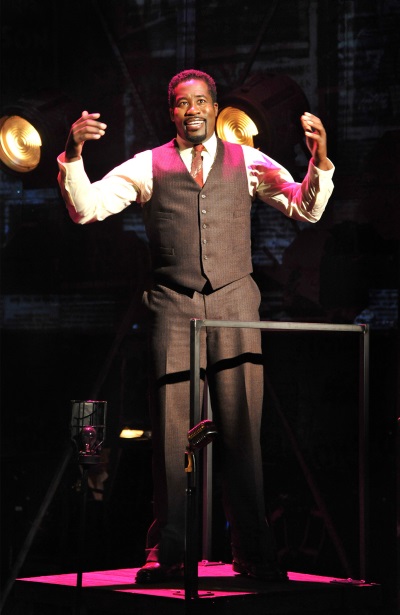 He has a magnificent voice, which though beautiful and rich, might not go quite as low as Robeson’s did (but who can?).  He has a marvelous actor craft, which allows him to take on dozens of characters with precision and inventiveness and empathy.  He has a superb playwright’s imagination, which lets him maneuver his audience through Robeson’s decades long struggle for justice with clarity and insight.  To be sure, Beaty wows his audience at every turn.

And he needs every one of those skills to capture the likes of Paul Robeson.

Born in 1898, Paul Robeson was a true Renaissance man.  After graduating from Rutgers University as valedictorian, where he was also a first string All American football player for two years, he attended Columbia Law School.  His career in the law was short lived, however, as he found the legal profession rampant with racism.  With the Harlem Renaissance in full swing, Robeson saw greater opportunities for himself as a singer and a performer.

Robeson made his name during the 1920s, appearing in Eugene O’Niell’s Emperor Jones and All God’s Chillun Got Wings.  Later, he would go to London to become an international sensation performing in the film musical Show Boat.  The song, “Ol’ Man River,” became his signature, and he changed its demeaning lyrics many times over the years to reflect his own changing attitude and philosophy toward society, race, and class.

While in London, Robeson discovered the Labor Movement and Welch coal miners’s use of song as an organizing, inspirational tool.  His life would be forever changed.  He would spend the next four decades combining the struggle for racial justice with the struggle for economic justice, bringing people of all races and ethnicities together in a single cause: to change the economic system, to make it more equitable for all, both the workers and the management.

The most controversial aspect of Robeson’s life, and one which Mr. Beaty does not shy away from, is the actor’s relationship with the Soviet Union, which he visited in 1934 at the invitation of the famous Russian filmmaker, Sergei Eisenstein.  Robeson viewed the Soviet Union of the 1930s as a beacon of equality and tolerance.  A fierce anti-fascist, he returned to the US convinced that Hitler’s Germany represented an existential threat to the world.

The US willingly used his celebrity status to rally African Americans to the cause of war.  When, after the war, he joined the worldwide chorus of voices protesting World War 3 and the threat of nuclear annihilation–what we like to call the Cold War–he was labelled a communist and a traitor.

When Beaty as Robeson takes the stand during Act II at McCarthy’s infamous House Un-American Activities Committee and precedes ferociously to attack the committee as being themselves “unAmerican” the audience at Arena erupted in applause.  That moment, more than any other, epitomizes the man and his character.

Director Moisés Kaufman and his production team have done a wonderful job supporting Beaty and his work.  The show’s pacing and visual aesthetic enhance every action and idea.  Set designer Derek McLane has created a wonderful unique environment for Tallest Tree, a strange cross between an old decaying theatre and a living room.  With lights by David Lander the space transforms almost as often as Beaty does.  And a special acknowledgement must be given to the visually dramatic lynching that binds us like barbed wire in the second act.

Kenny J. Seymour serves the production excellently as music director as well as the man in charge of incidental music and arrangements.  He also takes the stage as the pianist in the play’s musical trio.  Rita Eggert plays clarinet and flute while Aron Rider takes to the cello.  The musical underpinnings of the show elevated its text and kept it always lively.

Another major element to this production were the video projections and sound effects, which took the audience back in time and to places all around the world.  John Narun uses historical footage to take us to Peekskill, NY, where Robeson and other leftist musicians such as Woody Guthrie and Pete Seeger held a series of labor concerts only to be attacked by angry, violent mobs.  Or we are transported to Moscow, during one of Robeson’s concerts there, and sound designer Lindsey Jones adds all the appropriate cheers and boos, when in a moment of his typical defiance of power the singer offers his anti-Semitic audience a Yiddish protest song from the Warsaw ghetto. 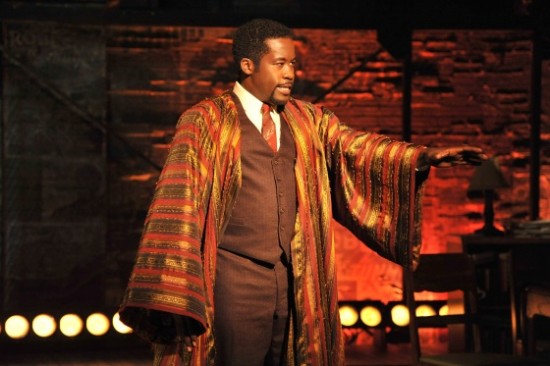 After Paul Robeson’s death in 1976 several attempts were made to memorialize the great performer’s life, most notably the documentary biographical film, The Tallest Tree in our Forest by Gil Noble.  Unfortunately, those efforts failed to take root and Robeson faded once again from view.

And with it the United States has witnessed over 30 years of economic injustice with the rich getting richer and the middle and working classes struggling ever more harshly to make ends meet and to have dreams realized.

As our representatives once again consider raising the minimum wage, even while many full-time workers prove eligible for food stamps and other government benefits, the legacy of Paul Robeson should be reconsidered, not as an idle token to a bygone oppressive era thankfully over, but as an urgent call to all artists and all citizens to take up his mantel and move forward.

As Robeson himself said: “The Artist must take sides. He must elect to fight for freedom or slavery.”  Robeson made his choice.  Each artist must make his or hers.

Running Time: one hour and 55 minutes with one intermission.