Synopsis: Miss Nelson’s class is the worst!  Spitballs flying and paper airplanes sailing across the room send the gentle, long-suffering teacher over the edge.  Surprise…Miss Nelson turns up missing, only to be replaced by Viola Swamp, a petrifying substitute teacher.  Will the students of Room 207 ever get Miss Nelson back? 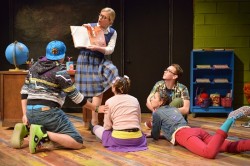 2. Crimes of the Heart at Everyman Theatre.

“All the pieces come together to create a funny and touching play about sisterhood, family and the deep ties that bind.” – Lynne Menefee.

Sysnopsis: Winner of the 1981 Pulitzer Prize and the NY Drama Critics Circle Award, Beth Henley’s comedy brings you into the Mississippi household of the Magrath sisters. Babe has just shot her husband because she didn’t like his looks. Meg is back in town after a failed attempt in the music business and a nervous breakdown. And poor Lenny – everyone has forgotten her 30th birthday…plus, her pet horse was just struck by lightning! Bad luck certainly runs deep among the Magrath clan. But with warm-hearted laughs and touching family moments, the sisters forgive the past, face the present, and embrace the future in this contemporary American stage classic. 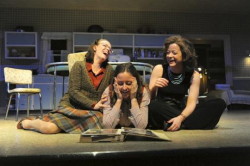 3. Tallest Tree in the Forest at Arena Stage.

“…an urgent call to all artists and all citizens to take up his mantel and move forward.” – Robert Michael Oliver.

Synopsis: Bursting with poetic storytelling and 14 songs, including “Ol’ Man River,” and “Happy Days Are Here Again,”The Tallest Tree in the Forest combines the talents of award-winning solo-artist Daniel Beaty (Emergence-See!) with acclaimed director, Moisés Kaufman (33 Variations, The Laramie Project). Discover the true story of Paul Robeson, hailed as the ‘best-known black man in the world’ for his incomparable singing and acting, brought low by accusations of disloyalty to America. Beaty brings “his signature wit, grit and piercing lyricism” (New York Times) to more than 40 characters, asking the question, how does a man remain an artist when his soul cries out to be an activist? 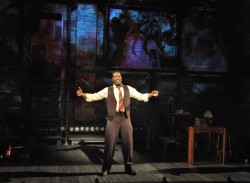 4. The Complete Works of Shakespeare (Abridged) at Silver Spring Stage.

Sysnopsis: Hysterical and fast-paced, gag-a-second delight that deconstructs all 37 of the Bard’s plays – plus the sonnets – into a single two-hour whirlwind.

“‘Bad Dates’ is an entertaining production and it’s impressive when one person can successfully captivate an audience for an hour and a half.” – Danielle Angeline.

Synopsis: Playwright Theresa Rebeck’s Bad Dates is a fun show about Haley Walker, beyond age 40 single again, entering the dating scene while trying to raise a teen, run a business and evade past mistakes before they catch up with her. Surrounded by clothes and shoes – classy, earthy, and dangerous, Janet Luby will introduce us to Haley, who is confident and competent while battling insecurity and black moods. Haley converses with the audience who seem like trusted friends who know her at her best and worst. 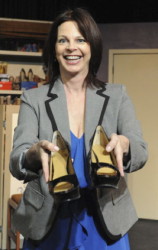