1. Ella: The First Lady of Song! at MetroStage

“If you love Ella Fitzgerald—heck, even if you were born last week and are thus only vaguely familiar with Ella Fitzgerald (in fact, especially if you’re only vaguely familiar with her)–you must see this Ella: The First Lady of Song!  The astonishing vituosa Freda Payne brings the First Lady of Song to life with an elegance, a grace, a resonant beauty, and transcendent voice that captivates as Ella Fitzgerald captivated. Miss Payne is clearly one of the greatest jazz singers of our time, and a chance to hear her live in such a warm, intimate setting is not to be missed.” Elizabeth Bruce

Synopsis: Ella Fitzgerald, her cousin and traveling companion Georgiana, and her manager and jazz impresario Norman Granz tell her story both backstage and onstage. From a homeless street dancer to winning amateur night at the Apollo Theatre at the age of 15, from headlining with Chick Webb and his Orchestra at the Savoy Ballroom to performing Live at the Cote D’Azur, from discovering she could “scat” to mastering a new art form called “bebop,” the fascinating journey of this legendary artist. 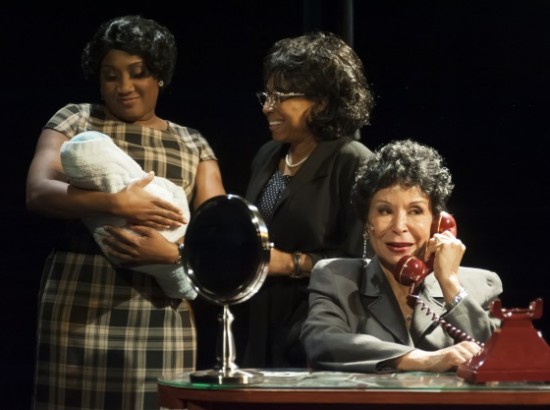 2. Romeo and Juliet at Spotlighters Theatre

“Arguably the world’s most famous love story, William Shakespeare’s classic, Romeo and Juliet, has been performed for centuries and along with Hamlet is one of Shakespeare’s most popular plays.  Written sometime between 1591 and 1595 during the Elizabethan era, it had been adapted numerous times for stage, film, musical theatre and opera.”   Steve Charing

Synopsis: During a chance meeting a young boy and girl from rival families fall  in love at first sight, but, the two lovers must be prepared to give up  everything, including their lives, to be together. Set in an ancient city torn apart by feuds, Romeo and Juliet is a dazzling combination of unwavering love and searing hatred.  Spotlighters Theatre’s production explores these passions in a sultry and thrilling production that brings new life and spirit to the world’s  greatest and most enduring love story. 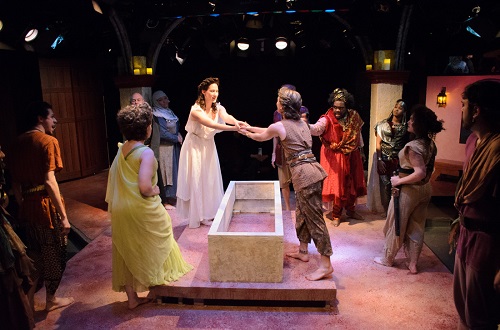 3. Ragtime at the Little Theatre of Alexandria

“Superbly staged, The Little Theatre of Alexandria’s production of Ragtime shows off grandly the sprawling excitement, burgeoning prosperity, cultural schisms, and racial injustices of early 20th century America in the Ragtime Era.  With its energetic melodies Ragtime music had originated at pianos in African-American saloons and swelled in popularity and orchestration to give a surging, optimistic pulse to the nation.   This sparkling music thrived for nearly two decades, declining only with the calamitous onslaught of World War I and the coming of Jazz.” Ed Simmons, Jr.

Synopsis: this uplifting Tony Award-winning musical drama that tells the American story of how we forged a nation that all people could call home. Set at the beginning of the twentieth century in the volatile melting-pot of New York City, Ragtime weaves together three American stories – a Harlem musician, an upper-class wife and mother, and a Jewish immigrant – all trying to improve their lives. 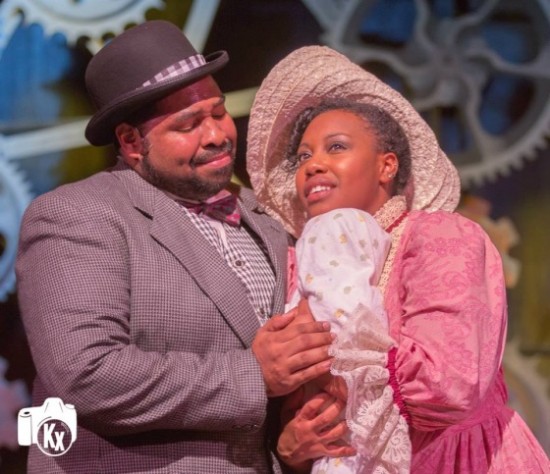 4. Collected Stories at the Dignity Players

“The show opens with these two women meeting in Ruth’s New York City apartment. Wade plays Lisa with stars in her eyes when she meets her writing idol. She giggles, scrunches her shoulders, and even rocks on her toes once or twice as she begins her in-depth inquisition of Ruth.”  Danielle Angeline

Synopsis: Ruth Steiner is a teacher and respected short story writer. Her student and protégée is Lisa Morrison. Over the course of 6 years, Lisa journeys from insecure student to successful writer.  After publishing a well-received collection of short stories, Lisa writes a novel based on Ruth’s affair with the poet Delmore Schwartz, and the women must deal with the moral dilemma of whether a person’s life events are suitable for another to use in their own creative process. 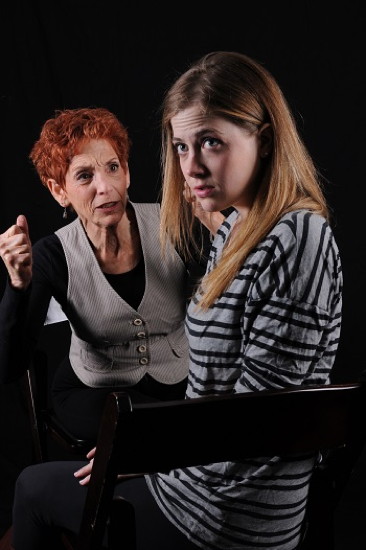 (l to r) Carol Cohen as Ruth and Sarah Wade as Lisa.

5. The Importance of Being Earnest at Shakespeare Theatre Company

“The Shakespeare Theatre has saved us from a dreadfully unbecoming winter of single digit desolation by bringing us Oscar Wilde’s self-described ‘trivial’ ode to language: The Importance Of Being Earnest. Think Downton Abbey with a lighter tone and no unpleasant deaths.”  Brian Bochicchio

Synopsis: Oscar Wilde’s most perfect of plays is a comedy of class, courtship, and avoiding burdensome social conventions. Director of many STC hits, Keith Baxter (An Ideal Husband, Mrs. Warren’s Profession, The Imaginary Invalid) returns to direct this trivial comedy for serious people. 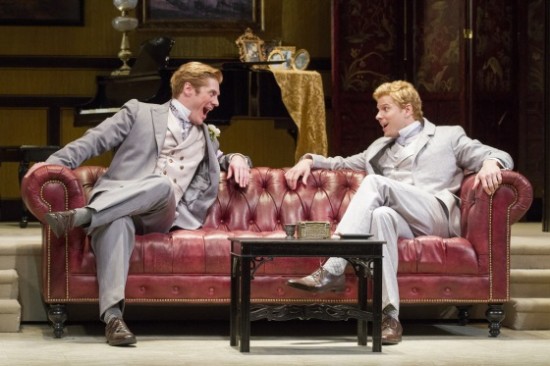 Gregory Wooddell as Jack and Anthony Roach as Algernon. Photo by Scott Suchman.