‘A Quick 5’ with Jay Crowder 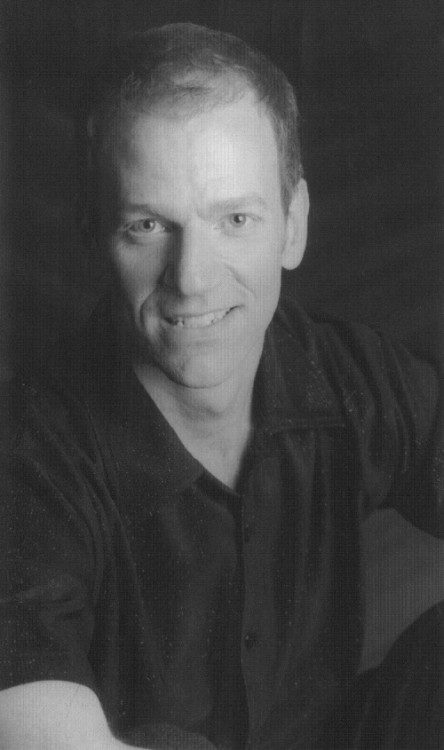 Jay Crowder is currently the musical director for Violet at Ford’s Theatre. His previous work at Ford’s includes 1776 and Liberty Smith (Helen Hayes nomination), A Christmas Carol and The Civil War (Helen Hayes nomination). At  Signature Theatre Jay won the 2006 Helen Hayes Award for Urinetown  and also conducted Hedwig and the Angry Inch, A Christmas Carol Rag, and Side Show (Helen Hayes nomination). Other area credits include  A New Brain at Studio Theatre; Stage: Starting Here, Starting Now at Metro Stage; Twice Upon a Time at Imagination Stage, and  Goodnight Moon at Atlas Performing Arts Center. Jay is the  Music Director of Musical Theater and Television at Kennedy Center where he was also the associate conductor for Company, Passion and Mame. Part of Jay’s job at Kennedy Center is to contract the musicians for most of the national touring shows that come through. Most carry a core group of players and pick up the rest in each city. If a tour carries five players and the show calls for fourteen, it is Jay’s job to fill in the holes with local musicians. As if all of this weren’t enough, Jay serves as the Department Chair of the music department at Montgomery College’s Rockville campus. How does one keep a job as an academic while being an in demand musical director? Read on to find out how this musical talent keeps it all together. Jay’s energy in an orchestra pit is always fun to watch and you can tell he is quite passionate about his music. His vocal work on Violet is quite remarkable and next time you see A Christmas Carol at Ford’s Theatre, pay attention to the vocal sections. That is another example of Jay’s fine work. He is truly one of our great area talents.

As a kid did you know you were going to do something with music?

From the age of three, I was drawn to the piano and music in general.  I can remember going to church with my parents and running to the piano trying to pluck out melodies. They saw this happening and jumped into action to find a piano teacher. Music was always what I enjoyed so having a career in music followed naturally.  I never thought about doing anything else.

What was your first professional musical directing job?

My first big professional job was music directing Side Show at Signature Theatre in 1999.  It was an incredible experience—such a great show with a terrific score. The cast (and production, in general) was amazing and working with Joe Calarco and Karma Camp was the icing on the cake. This experience set the bar VERY high for the future. 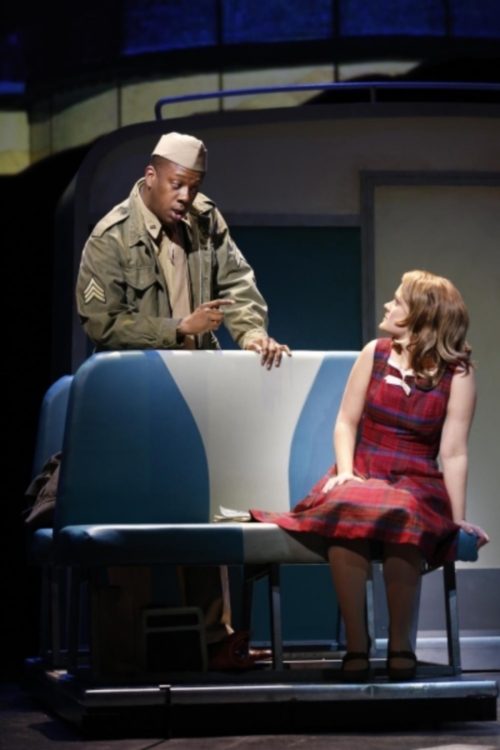 How do you best describe the style of the score to Violet?

The musical styles of the show follow Violet’s journey as she travels through the south in search of being healed. The specific genres include folk, old-style country, Memphis blues and gospel. All of this music is infused with Jeanine Tesori’s brilliant (and complex) harmonic language. She truly is an amazing composer.

You are the chair of the music department at Montgomery College’s Rockville campus. How do you balance being a professional conductor for some of the area theatres while serving in an academic position?

I feel fortunate to be able to do both.  I’ve done MUCH less music directing while being chair of the department.  It is tricky to balance both at times but this usually happens once a year. Being part of both worlds enables me to help many students yearning to break into the D.C. Theatre scene.  I am always happy to help young talent be seen.

Can you please tell us about some of your favorite productions?

I can’t remember when I’ve been more emotionally involved and committed to a show than the show that I’m doing right now: Violet.  The score is one of the best that I’ve ever encountered.  I also fell in love with the sentiment of the show. I think everyone can relate to Violet’s plight of wanting to be different in some way or another at some point in their lives. Other favorites at Ford’s were The Civil War  and 1776; both have great scores. Other highlights: Urinetown at Signature Theatre (once-in-a-lifetime experience and so much fun) and Company and Passion, both part of the Kennedy Center Sondheim festival in 2002.