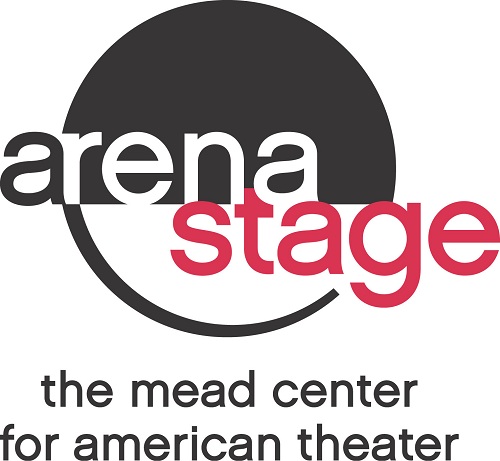 Arena Stage Artistic Director Molly Smith reveals the 2014/15 season lineup for the company’s 65th season and fifth year in the Mead Center for American Theater. As a national center focused on showcasing American voices and artists, this season is designed with range through productions that are emotional, uplifting, funny and thought-provoking.

“It is remarkable to think of Arena Stage’s contribution to the American theater over the past 64 seasons, and our 65th year aims to honor that history and revel in creating new and inspiring work that challenges us to keep pursuing excellence for our committed Washington audiences,” Smith states.

“It also marks the D.C. premiere of the winner of the 2013 Tony Award for Best Play, Vanya and Sonia and Masha and Spike by Christopher Durang, which will be directed by Aaron Posner in his Arena debut, and our sixth production of August Wilson’s Pittsburgh Play Cycle with the classical American drama King Hedley II, directed by Timothy Douglas. The American gold-standard musical returns in a big way withFiddler on the Roof, which I am privileged to direct in the year of its golden anniversary, and audiences are in for another treat with Five Guys Named Moe, a musical directed by Robert O’Hara featuring the infectious music of Louis Jordan.”

The Shoplifters
World premiere comedy
Written and Directed by Morris Panych
In the Kreeger Theater / September 5 – October 19, 2014
Meet Alma, a career shoplifter who prefers the “five-finger discount” over some lousy senior citizen deal, whose elaborate life of petty crime is halted by an overzealous rookie security guard and his affable mentor who’s seen it all. With an expertly drawn cast of oddball characters, The Shoplifters is full of surprises and sparks with a surprisingly high-stakes battle of wills over increasingly thought-provoking issues. Don’t miss Morris Panych’s biting, world premiere comedy about society’s haves and have-nots and how much they might actually have in common.

Fiddler on the Roof
Book by Joseph Stein / Music by Jerry Bock / Lyrics by Sheldon Harnick
Directed by Molly Smith
In the Fichandler Stage / October 31, 2014 – January 4, 2015
Celebrate the 50th anniversary of an American classic! More than just a poor milkman, Tevye is a humble Jewish father who finds his devotion to God severely tested by his headstrong daughters who want to be their own matchmakers and the increasingly ruthless government forcing him from his land. With a jubilant and masterful score including “If I Were a Rich Man,” “Sunrise, Sunset,” “Matchmaker, Matchmaker” and “Tradition,” Fiddler on the Roof is a celebration of family, community and life’s unexpected miracles, large and small.

Five Guys Named Moe
Book by Clarke Peters / Music and Lyrics by Louis Jordan / Directed by Robert O’Hara
In the Kreeger Theater / November 14 – December 28, 2014
Need to chase the blues away? Pull up a seat at the Funky Butt Club to celebrate the fresh, feel-good music of “The King of the Jukebox” Louis Jordan. Suffering from a severe case of the blues, a young man gets the surprise of his life when “the greatest band around” pops out of his radio to cure what ails him. With joyful swing and bouncing be-bop tunes like “Let the Good Times Roll,” “Is You Is or Is You Ain’t My Baby” and “Choo Choo Ch’Boogie,” you’ll be leaping out of your seat and dancing in the aisles with Big Moe, Four-Eyed Moe, Eat Moe, No Moe and Little Moe, better known as Five Guys Named Moe!

Ken Ludwig’s Baskerville: A Sherlock Holmes Mystery
World premiere adaptation
By Ken Ludwig / Directed by Gary Griffin
A co-production with McCarter Theatre Center
In the Kreeger Theater / January 16 – February 22, 2015
Get your deerstalker cap on— the play’s afoot! From the Tony Award-winning mastermind of mayhem, Ken Ludwig (Lend Me a Tenor), comes a fast-paced comedy about everyone’s favorite detective solving his most notorious case. Sherlock Holmes and Dr. Watson must crack the mystery of “The Hound of the Baskervilles” before a family curse dooms its newest heir. Watch as our intrepid investigators try to escape a dizzying web of clues, silly accents, disguises and deceit as five actors deftly portray more than 25 characters. Does a wild hellhound prowl the moors of Devonshire? Can our heroes discover the truth in time? Join the fun and see how far from elementary the truth can be.

King Hedley II
By August Wilson / Directed by Timothy Douglas
In the Fichandler Stage / February 6 – March 8, 2015
King Hedley has returned, but to reign for how long? With an angry scar down the length of his face and seven years of prison haunting him, King has a chance to lock away his past and achieve an entrepreneurial dream. But Pittsburgh’s Hill District is an unforgiving place, and the return of Elmore, a scheming conman armed with a derringer and family secrets, could strike a fatal blow to King’s second coming. The eighth installment of August Wilson’s acclaimed play cycle examining Black America, King Hedley II is one of his most stirring and ferocious explorations of fate, honor and the daily struggles of American life.

The Originalist
World premiere political drama
By John Strand / Directed by Molly Smith
In the Arlene and Robert Kogod Cradle / March 6 – April 26, 2015
Four-time Helen Hayes Award winner Edward Gero (Red) returns to Arena Stage as one of America’s most brilliant and polarizing figures: Supreme Court Justice Antonin Scalia. When a bright, liberal, Harvard Law School graduate embarks on a nerve-wracking clerkship with Justice Scalia she discovers him to be both an infuriating sparring partner and an unexpected mentor. How will their relationship affect one of the most incendiary cases ever to reach the nation’s highest court? From Charles MacArthur Award winner John Strand (Lovers and Executioners) comes this daring new work about passionate people risking heart and soul to defend their version of the truth.

Vanya and Sonia and Masha and Spike
By Christopher Durang / Directed by Aaron Posner
In the Fichandler Stage / April 3 – May 3, 2015
Winner of the 2013 Tony Award for Best Play (and the Outer Critics Circle and the Drama League and the Drama Desk), Vanya and Sonia and Masha and Spike is a “sunny new play about gloomy people” (New York Times). Siblings Vanya and Sonia live out their days in an endless, bleak tableau in Bucks County, PA. All seems numbingly mundane until in sweeps hurricane Masha, their fading movie star sister, with her shiny new boy toy and a big announcement. Satirizing characters and themes from Chekov’s classics, Christopher Durang’s latest madcap masterpiece serves up family drama with comic savagery and poses the question: if you could choose your family, would you necessarily choose your family?

The Blood Quilt
World premiere family comedy-drama
By Katori Hall
In the Kreeger Theater / April 24 – June 7, 2015
Inaugural resident playwright Katori Hall (The Mountaintop) is once again “fearlessly redefining theater” (Washington Post) with this funny and fierce world premiere. Welcome to the Jernigan Gals’ Quilting Corner. Gathering at their childhood island home off the coast of Georgia, four disconnected sisters meet to create a family quilt to honor their recently deceased mother. When their reunion turns into a reading of their mother’s will, everyone must grapple with a troubling inheritance. Stitched with history and ritual, laughter and tears, will their “blood quilt” bind the family together or tear them apart forever?

*Plays, artists and dates are subject to change.

Subscription packages are now on sale and may be purchased by calling the Arena Stage Sales Office at 202-488-3300 or by visiting arenastage.org.

Arena Stage at the Mead Center for American Theater, under the leadership of Artistic Director Molly Smith and Executive Producer Edgar Dobie, is a national center dedicated to American voices and artists. Arena Stage produces plays of all that is passionate, profound, deep and dangerous in the American spirit, and presents diverse and ground-breaking work from some of the best artists around the country. Arena Stage is committed to commissioning and developing new plays through the American Voices New Play Institute. Arena Stage impacts the lives of more than 20,000 students annually through its work in community engagement. Now in its seventh decade, Arena Stage serves a diverse annual audience of more than 300,000.