Through Lines: The Summit, Part 1 – the State of Washington Theatre

This last Monday, February 17, The Mead Center for American Theatre at Arena Stage hosted the first evening of The Summit, a three-part discussion on theatre. The brainchild of Molly Smith, Artistic Director of Arena Stage, these gatherings are meant to explore a wide range of theatrical topics. 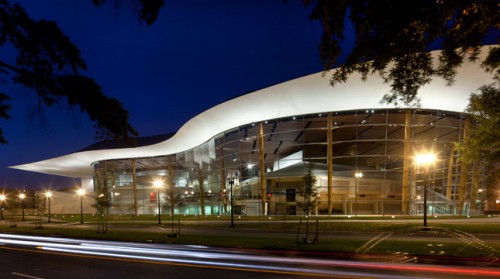 Arena Stage at the Mead Center for American Theater

Smith enlisted the aid of Washington Post theatre critic Peter Marks to design, organize, and facilitate The Summit.  Marks chose the participants, a series of questions, and led the discussions.  He sees these events as an opportunity for theatres to talk with others, instead of at others.

I attended the first gathering and thought I would use this opportunity to engage in a bit of dialogue with the topics raised.

This last Monday evening at The Mead Center’s Kogod Cradle five artistic directors from the Washington area joined Marks on stage.  Of course, Molly Smith attended; joining her were Paul R. Tetreault of Ford’s Theatre, Eric Schaeffer of Signature Theatre, Ryan Rilette of Round House Theatre, and Paata Tsikurishvili of Synetic Theater.  Michael Kahn of Skakespeare Theatre canceled at the last minute due to a schedule conflict.

Marks opened the discussion with some very distressing news about theatre in the United States. Since 2008, audience attendance of theatre events has dropped substantially: 9% for musicals and a 12%  for straight plays.  Overall, for the last decade, attendance has dropped nationwide by 33%.  Marks wanted to know why and what theatres could do about the decline.

The debate was lively and several panelists gave plausible answers, from a declining educational system to insufficient advertising, although it must be stated that all five artistic directors disputed the NEA survey.  Washington, they all agreed, is experiencing more attendance at theatre performances, not less.

It is quite possible, however, that the NEA survey and the five artistic directors could all be right.  In other words, nationwide audiences could be shrinking while in Washington they are growing. 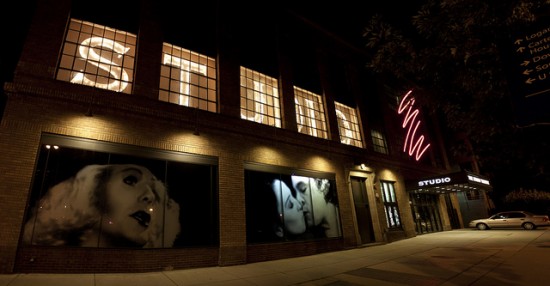 And this points to the other reason why audience numbers nationwide are down since the beginning of the Great Recession: a booming Wall Street and a declining Main Street makes for an ever increasing divide between those who have disposable incomes and those who don’t have anything left in their pocketbooks at the end of the month.

In the same way that high-end retailers have seen their industries boom since the 2008 recession, high-end theatres have seen their audiences boom as well (Dollar Stores are another booming marketplace).  Washington’s high-end theatres, at least 4 out of the 5 represented on the Kogod stage (Synetic Theatre being the low man on this economic totem pole), sustain themselves on the well-heeled theatre-going audiences of Washington, DC, where one out of every 19 Washingtonians is a lawyer.

Thus, a recession-proof Washington economy continues to grow its theatre audience and raise its ticket prices while the rest of the country suffers, with disposable incomes shrinking for more and more middle-class people.

No one on the panel spoke about this disturbing economic situation, nor what it might mean to the human values embedded in their art form. 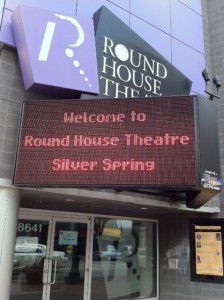 Let’s face it: the aesthetic distance between a production by a well-off theatre and a poorer one is not necessarily that great.  A theatre with human imagination and craft can, without a lot of other resources, produce, and frequently does produce, theatrical events that are worth more per dollar spent by audience members than their bigger budget counterparts. In other words, the real distance between the rich theatres and the poor ones lies in the real estate they respectively inhabit.  Sometimes I wonder why an impressive lobby is more important than a imaginative show: but creature comfort has been an important aspect of DC theatre for as long as I’ve been here (getting on 35 years now).

All the artistic directors agreed that many actors in DC still have a rough time supporting themselves.  They said this even as they all agreed that DC was beyond doubt one of the top four theatre markets in the country.  If actors are having trouble making ends meet in DC, the problem lies in distribution of resources, not in lack of resources.

According to the Chronicle for Philanthropy, charitable giving in Washington, DC, is among the highest in the country.  I do not know how many workers overall Washington’s theatrical institutions support, but if actors (and other theatre artists) are not receiving enough of that money, then that’s because we have a system in place that supports the business of theatre more than the art of theatre.

During the latter half of the 90-minute discussion Marks brought up the topic of next year’s Women’s Voices Theatre Festival, for which 44 Washington theatres have agreed to produce a new play by a female playwright.

Ironically, on a stage dominated by men, white men (Molly Smith, the initiator of The Summit, being the only woman, white woman), the panel discussed the demographic divide endemic in Washington and nationally between theatre’s audience (real and potential) and the race, ethnicity, and gender of its cultural producers.  Does anyone doubt that in a country growing more diverse by the minute that the relative homogeneity of its theatrical creators is a problem.  MFA programs have been a blessing in that they have increased the skill sets of theatre artists, but they have also been a curse in that they align themselves most frequently to those young people with theatrical aspirations who can afford the luxury of what Institutions of Higher Education have to offer.

One of the most interesting points made during the discussion on the lack of women playwrights presented on America’s stage was made by Ryan Rilette of Round House.  He explained that finding a good play by a female playwright was not the issue: the real issue was finding one in “the pipeline.”

Washington audiences, and audiences elsewhere I assume, require name recognition in their artists.  A playwright without a name is difficult to produce, particularly for one of these larger institutions with big auditoriums.  To get a name one has to be produced at a larger theatre; apparently, the pipeline is full of plays by white guys.  No one offered any idea about how to change that “white guy” centric new play development pipeline.

The discussion ended with an acknowledgement that having a lot of “white guy” playwrights is very much the result of also having a lot of “white guy” directors–Molly Smith being the exception.  On that note, however, the final audience question of the evening challenged all the artistic directors (including Ms. Smith) to change their ways, not just with a one time only women playwrights festival, but on a more permanent basis.  Apparently, Ford’s Theatre, Arena Stage, and Signature Theatre all hire more “white guys” than women and people of color.  All agreed that in the future they would hire more women and people of color as directors and playwrights, and designers.  But what about that pipeline and those audience expectations?

Oh, and that other thing: Money — who’s paying the bills and filling the seats and what kind of plays and artists do they want?  Maybe that will be addressed at the next Summit on Monday, March 24.