‘A Quick 5’ with Sonia Manzano 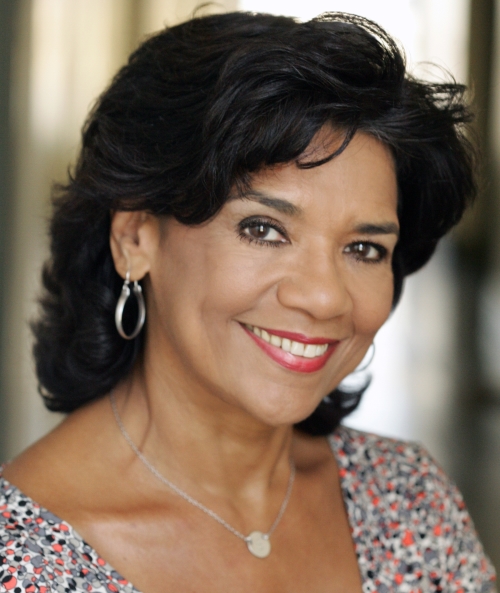 Sonia Manzano should be a familiar face to all of you, particularly if you or your child have been watching Sesame Street anytime since 1971. Sonia has been portraying the character of Maria on that show for 43 years now.  Your child has probably learned some Spanish from Sonia’s character over the years. But what you might not know is that Sonia is also part of the show’s Emmy Award winning writing team  (15 Emmys herself as a  writer) and has also written for the Peabody Award winning Nickelodeon series Little Bill.Sonia’s performance work on Sesame Streethas garnered  two  Emmy Award nominations for Outstanding Performer in a Children’s Series. While attending Carnegie Mellon University as a junior, she was cast in the original off-Broadway production ofGodspell. Other stage credits include The V Monologues, Love, Loss and What I Wore, and The Exonerated. Her best selling children’s book No Dogs Allowed is published by Simon and Schuster and was turned into a musical with Sonia writing the book and Stephen Lawrence and Billy Aronson providing the score. It premiered at The Actor’s Playhouse at The Miracle Theater in Coral Gables, Florida in June of 2006. Other books include The Revolution of Evelyn Serrano and A Box Full of Kittens. When not performing Sonia does speaking engagements all over the country speaking on such topics as 1, 2, 3, Who Let Latins on TV (Hispanics in the media),  From The South Bronx To Sesame Street (Personal Journey), Would Elmo Make a Good Board Member? (Teamwork), Can Muppets Read? (Literacy) and Coping With Alzheimer’s (Personal Story). We sometimes think that performers only do one thing. Sonia Manzano is a prime example of someone who is known for a specific character on a long running children’s TV show but her writing and other performing jobs have taken Sonia far beyond her famous street

You were part of the original off-Broadway company of Godspell. When you were putting that show together did you think it would hit as big as it did and then move from the club at LaMama ETC to eventually Broadway?

Of course not, all I knew was that I was having the time of my life.

What do you recall about your first audition for Sesame Street?

I only had one audition (no call backs) and I remember thinking it was hilarious that I had to explain a visual problem that had two right answers! 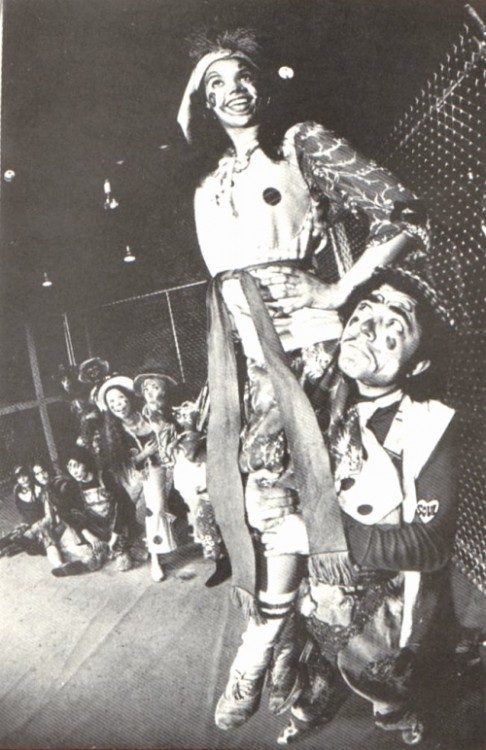 Sonia Manzano on Herb Braha’s shoulders in the original off-Broadway company of Godspell.

You were lucky enough to work with Jim Henson and Joe Raposo who were two of the original Sesame Street greats. What are some of your fondest memories of working with them?

I found Jim rather mysterious with a gleeful sense of humor. Joe’s songs were revolutionary in their simplicity.

Sesame Street has been ahead of the game for children’s programming from its beginning. Besides your character of Maria, you are a part of the award winning writing staff. You recently tackled the subject of what happens when a parent is incarcerated and over the years have touched on many other sensitive topics including what happens when someone dies.  Are there any subjects that Sesame Street won’t touch?

I’ve seen the show tackle topics now it never would have had years ago, so I think the sky’s the limit. Stay tuned to see what the Workshop takes on next.

From being on Sesame Street for so long I imagine you are recognized a lot when you are out in public. Can you please tell us about your best fan encounter?

People always shout out “I was raised on you” or “I’m your biggest fan.” But I guess the most meaningful encounters are those wherein the fan simply smiles knowingly.