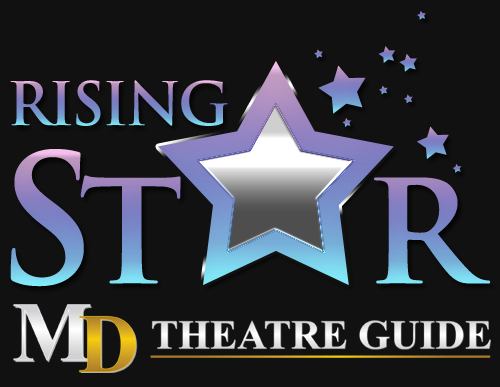 Our Rising Star for March is 11-year-old Jake Miller.  I saw him perform in Pumpkin Theatre’s Suessical Jr. last month as the Mayor of Whoville.  As soon as he stepped on the stage and opened his mouth to sing, I knew he would be a wonderful addition to our group of Rising Stars. 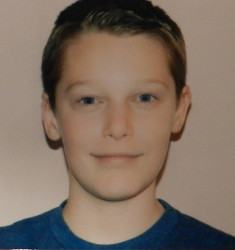 So far, you are the youngest Rising Star we have featured.  When did you know you wanted to try acting?

Did you enjoy acting right away, or did you get nervous?

At first, yes I was shy, but eventually I grew out of it.

If you did get nervous, do you still before a show?

Yes, I meditate and deep breathe.

When I saw Suessical Jr., I was pleasantly suprised that you sing so well.  Do you enjoy the singing part of acting?

I definitely do.  I think songs are much easier to memorize than regular monologues.  It combines two of my favorite things. 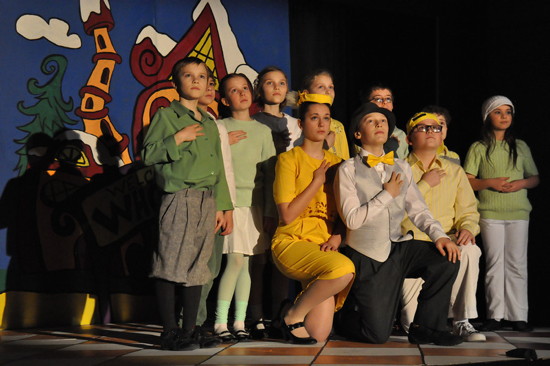 Jake Miller (center with yellow bowtie) and the cast of Suessical Jr., a Pumpkin Theatre production.

What do your friends say about you being on stage and wanting to continue being in plays?

My friends were in a play with me at my school and I received a lot of  compliments from my peers and teachers. They encourage me to continue.

Do you have a favorite stage show?

I like the song “It’s a Hard Knock Life”.  I haven’t seen the play Annie but I have seen the movie.

What is your favorite movie?

I am a big Star Wars fan.  George Lucas is my hero; he is s imaginative and I look up to him.

What is your favorite book?

Do you have a dream character you would like to play on stage yet?  If you do who is it?

There are a lot of personalities I want to portray, like Harry Potter for instance.  I would also enjoy playing a stand up comedian. 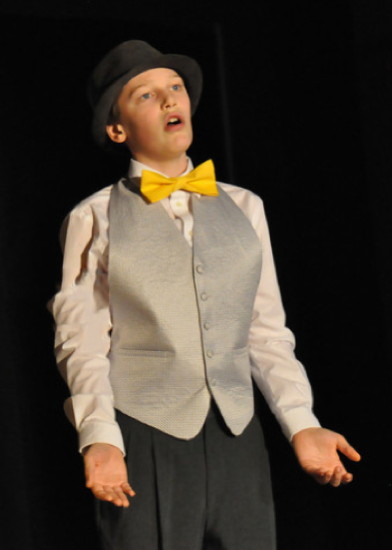 Jake Miller as the Mayor of Whoville in Pumpkin Theatre’s production of ‘Suessical Jr.’

Where do you see yourself in 10 years?  Do you still think you will be interested in acting?

Yes, I do think theater & acting in some way will still be a part of my life. I would like to act, direct, produce or write films.

Where can your fans see you act next?

I just got cast as “Marty,” a teenage boy in  a student film titled “The Good of Mankind” directed by Stevenson University.

Is there anything you want to add?

I wouldn’t be where I am in my short career without a lot of nice people.

Mrs. Anderson(my music teacher), Mrs. Molling (my director for the Boys Latin Theatre Department), Jimi Kinstle(from Pumpkin Theatre) , Ms. Julie (from Carroll Arts Center) & my mom and dad for supporting me on this journey. Thank you so much!

Thanks for anwering all the questions Jake.  Please keep the MD Theatre Guide up-to-date with your acting.  We would love to keep tracking your Rising Star!