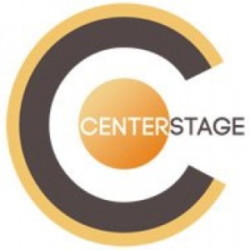 An Epic Revival of a Masterpiece, a Bold Co-production, and the First Ever Festival Celebrating one of America’s Brightest Playwrights are the Cornerstones of Center Stage’s Ambitious 2014/15 Season

“This season it is all about bringing the best, most exciting theater to Baltimore,” says Artistic Director Kwame Kwei-Armah. “These plays explore the moments-some private, some public-in every life when it becomes clear that nothing can stay the same. We’re thrilled to take our audience with us on these journeys through change.”

Managing Director Stephen Richard is equally enthusiastic: “Each season Kwame has tried to take bigger and bolder steps, and we’ve watched our audiences grow with us in that process. We see 2014/15 as the new highpoint of these first years together.”

The season kicks off in September with a bold new revival of Peter Shaffer’s Tony Award-winning drama, Amadeus. Starring Baltimore favorite Bruce Nelson (Animal Crackers) as Mozart’s musical rival, Antonio Salieri, the revival of this riveting play remains filled with the haunting score and legendary characters that made it a classic.

The rise and fall of Mozart is followed by one family’s struggle to find their version of normal in the Pulitzer Prize-winning musical Next to Normal by Brian Yorkey and Tom Kitt. This rule-changing musical delves into the story of one family’s attempt to overcome mental illness and features an electric and “achingly poignant score” (The Washington Post).

In the holiday season, come along again on the journey of the much-loved everyman, George Bailey, with It’s a Wonderful Life: A Live Radio Play, adapted by Joe Landry. This family holiday show takes audiences behind the scenes on Christmas Eve, 1946, for a live radio broadcast of Frank Capra’s classic, heartwarming tale.

January takes audiences from small-town America to a Miami hotel room through Kemp Powers’ captivating new play, One Night in Miami…, about the night Cassius Clay, defeating Sonny Liston and winning the world heavyweight boxing title, became Muhammad Ali. A fictional account of a real event, One Night in Miami… imagines the conversations over that fateful night in February when four legends-Sam Cooke, Jim Brown, Malcolm X, and Cassius Clay-came together, poised on the brink of change.

One Night in Miami… will be a co-production of Center Stage, NJPAC, and The Classical Theatre of Harlem. Kwei-Armah, who will direct, is delighted to have the collaboration: “I saw the production’s premiere in Los Angeles in June, and I was amazed by Kemp’s ability to bring these iconic characters to life in a very intimate setting. Thanks to the co-production, we will be able to share this important new work with Baltimore and with wonderful audiences in other cities as well. It’s a fantastic way to create and spread art,” he says.

In the spring, The Amy Herzog Festival introduces Baltimore to one of America’s brightest young playwrights with two hit plays. Presented in repertory for the first time ever, After the Revolution and 4000 Miles examine the unending power of family to shape our identities and our lives. TIME Magazine raves of Herzog: “No one currently writing for the theater has a sharper grasp of character, or more sheer storytelling technique.”

“These two plays are such beautiful gems, and while there are many theaters choosing to do one or the other, we couldn’t help but choose both.  In spring 2015 we want the name of this fabulous young playwright to be on the tongue of every theater-loving Baltimorean,” says Kwei-Armah.

On the Festival, playwright Amy Herzog adds, “I’ve always wanted to see the plays staged together, and Center Stage will be the first brave theater to do it. I’m honored to have my work produced by a theater that is sparking national conversation about diversity and civic engagement-two subjects dear to the politically passionate characters in my plays. I can’t wait to come to Baltimore to get acquainted with its thriving theater community and to see the work.”

Details are still being finalized for the closing production of the 2014/15 Season, but audiences will not be disappointed by the announcement of a major new project that complements a season about legends stepping onto the brink of the unknown. Directors for the remaining productions will be announced later this summer.

In 18th century Vienna, music is the currency of power. And Court Composer Antonio Salieri is the toast of the town. That is, until a young prodigy by the name of Mozart comes on the scene. Reeling from the realization of his own mediocrity in the face of true genius, Salieri swears vengeance on the God that gifted Mozart’s breathtaking talent. Swells of music and madness stir through Center Stage’s epic new revival of the Tony Award-winning drama that begs the question: how far would you go to secure your legacy?

Book and Lyrics by Brian Yorkey

Get up close and personal with the Pulitzer Prize-winning musical that changed everything, as Next to Normal gets a blistering new production in Center Stage’s intimate Head Theater. The story of one family’s struggle with mental illness, Next to Normal dives boldly into the gaps and crevices of our modern fragmented lives. Set to an electric score, this “brave, breathtaking musical” (The New York Times) gets right to the heart of what it means to truly miss someone.

Revisit Bedford Falls, fall in love again with George and Mary, and discover the magic of an angel named Clarence. It’s Christmas Eve in 1946, and somewhere in small-town America a live radio broadcast brings to life Frank Capra’s timeless film in all of its feel-good glory. Be a part of the live studio audience, and join the cast and crew as they take you on a journey through the most important evening in one man’s life. It’s the perfect holiday outing for the entire family and, who knows, an angel might even get his wings.

One Night in Miami…

February 25, 1964. Twenty-two-year-old Cassius Clay has just won the world heavyweight boxing title. Instead of hitting the town, Clay chooses to celebrate in a Miami hotel room with three close friends-activist Malcolm X, singer Sam Cooke, and football star Jim Brown. This fictional account of a real night imagines what might have happened in that tiny hotel room. As the civil rights movement stirs outside, and the melody of “A Change is Gonna Come” hangs in the air, four men will emerge from that one night ready to define a new world.

One Night in Miami… is a coproduction of Center Stage, New Jersey Performing Arts Center, and The Classical Theatre of Harlem.

Center Stage introduces Baltimore to playwright Amy Herzog, one of the most exciting voices in American theater, through two of her hit plays-staged in repertory for the first time ever. Featuring three generations of one New York family, After the Revolution and 4000 Miles are gripping and surprising examinations of the unending power of family to shape our identities and our lives.

Emma Joseph is young, ambitious, talented, and about to put the ideals of her politically leftist, New York family into action. But a long-buried secret about her much-loved blacklisted grandfather threatens her work and throws her principles-and loyalties-into question. As the family, including grandmother Vera, wrestle with their legacy, Emma must chart her own course forward.

Set ten years later, 91-year-old grandmother Vera Joseph takes center stage when, after a tragic loss on a cross country bike trip, her 21-year-old grandson Leo shows up at her apartment. As a one-night stopover turns into an extended stay, these unlikely roommates frustrate, bewilder, and-eventually-connect with each other. In ways funny, raw, and heart-wrenching, grandmother and grandson find the common identity each needs to move forward

Center Stage is finalizing details on a major new project that will be an extraordinary ending to the 2014-15 Season.

Center Stage is supported by a grant from the Maryland State Arts Council (MSAC), an agency dedicated to cultivating a vibrant cultural community where the arts thrive. An agency of the Department of Business & Economic Development, the MSAC provides financial support and technical assistance to nonprofit organizations, units of government, colleges, and universities for arts activities. Funding for the MSAC is also provided by the National Endowment for the Arts, a federal agency.