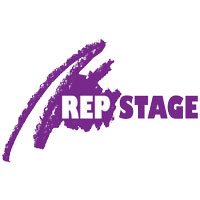 “THE WHALE” by Samuel D. Hunter
Directed by Kasi Campbell
***BALTIMORE/DC AREA PREMIERE
January 14 – February 1, 2015Since the death of his partner, a morbidly obese man confines himself to his small apartment on the outskirts of Mormon Country, eating himself into oblivion. Desperate to reconnect with his long-estranged daughter, he reaches out to her, only to find a viciously sharp-tongued and wildly unhappy teen. Championed by the Associated Press as “compelling, funny, and unexpectedly impactful,” “The Whale” tells the story of a man’s last chance at redemption, and of finding beauty in the most unexpected places.

“SUNSET BABY” by Dominique Morriseau
Directed by Joseph W. Ritsch
***BALTIMORE/DC AREA PREMIERE
April 29-May 17, 2015When a former black revolutionary and political prisoner decides to reunite with his daughter, he discovers that fatherhood might be the most challenging revolution of all. The Huffington Post names Morisseau as a “direct heir to the magical wordsmiths named Lorraine Hansberry, Tennessee Williams, and August Wilson” for her vibrant exploration of the point where the personal and political collide. Morriseau is a 2014 recipient of the Kennedy Prize for Drama.

*Please note all titles, ticket prices and schedules are subject to change.