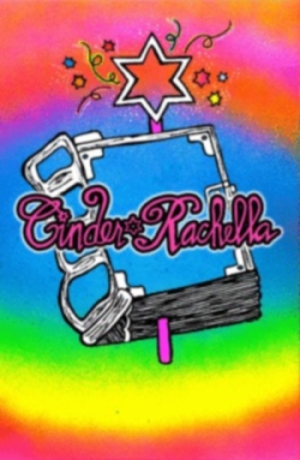 The Jewish Community Center of Northern Virginia 2013-2014 Performing Arts Series will wrap its second season with the world premiere of Cinder-Rachella, a new musical adaptation which celebrates Jewish and Israeli culture through the eyes of the iconic fairytale Princess. The JCCNV commissioned the new work from Leslie A. Kobylinski (book and lyrics) and Alvin Smithson (music). Funding for the commission and the premiere has come from a project grant from the Arts Council of Fairfax County, supported by Fairfax County, with additional support from First Draft, a local theatre company dedicated to developing new plays alongside audiences, supporting DC-area playwrights and partnering with theaters and artists looking to produce new work.

When planning the performing arts season, JCCNV Cultural Arts Director, Dan Kirsch, together with former Community Shlicha (Israel emissary) Yael Ingel, were looking for family theatre plays that would celebrate and illuminate Israeli/Judaic culture. Finding few, they reached out to Leslie A. Kobylinski at First Draft, the organization responsible for helping 1st Stage establish children’s theater programming and build their young audience base, as a potential partner, and then applied for a project grant from the Arts Council of Fairfax County. “The commissioning, development and presentation of Cinder-Rachella is an opportunity for us to share key values of Israeli/Judaic culture such as identity, resiliency and creativity with family audiences,” said Kirsch. While written for children, the play has plenty of laughs built in for adults, and can be enjoyed by people of all faiths and backgrounds.

Set in a magical Jewish summer camp, a naïve young girl meets sisters Mitzi and Hulda, who tease her and call her Cinder-Rachella (a pet name, really). Cinder-Rachella’s only comfort is a book that contains the hopes and dreams of her father (What Will Be) and she becomes inspired by his vision for the future. Athletic camp counselor David bounds on the scene and is smitten by Cinder-Rachella, who has no interest in him or his silly antics. Through a series of magical interventions (what else!) by a stranger (actually the Prophet Elijah in disguise), Cinder-Rachella helps David understand his potential and the two dream of being pioneers in the Promised Land.

Playwright Leslie A. Kobylinski is the Artistic Director of First Draft. She made her playwriting debut with The Director: The Third Act of Elia Kazan (Round House Theater) featuring Helen Hayes Award-winner Rick Foucheux. A DC native, Leslie has overseen the development of over 30 new plays and guest directed over a dozen professional productions, including the JCCNV’s 2012 production of Clever Rachel. Composer Alvin Smithson is a DC pianist, composer, arranger, musical director and teacher. He is the composer of several musicals, including What Kind of Love, Red Suspenders, Mooin Bear Child, a children’s musical. He was one of the original musical collaborators and performers in the award-winning musical, Danny and Sylvia, at The American Century Theater.

The JCCNV and First Draft asked Amy McWilliams to direct. Amy’s previous turns in the director’s chair include On the Verge, Pump Boys and Dinettes and Violet, all with Keegan Theatre. Best known for her work on stage, Amy has been seen at Arena Stage, Signature Theatre, Woolly Mammoth Theatre Company, Ford’s Theatre, The Kennedy Center, Theatre J, Round House Theatre, Forum Theatre, Theatre Alliance, Imagination Stage and the Kennedy Center Family Theatre. Yael Ingel consults from Israel, and Richard Washer is the dramaturg.

The JCCNV production features Jenny Donovan, Ido Rakovsky (current Community Shaliach at the JCCNV), Charlie Retzlaff, Manolo Santalla, Amanda Spellman and Erin Wagner. The set and properties are designed by Margie Jervis; the costume design is by Chris Dalen. The Stage Manager for the production is Elliot Lanes.

The three premiere performances of Cinder-Rachella will be presented on Friday, May 2 at 7pm (Shabbat Dinner included at 6pm); Saturday, May 3 at 11am; and Sunday, May 4 at 2pm. Tickets for Friday night are $12 for adults and $8 for children (dinner and performance). Saturday and Sunday performances are $10 for adults, $8 for students, and free for those ages 3-6. The performances will be held at the JCCNV, 8900 Little River Turnpike in Fairfax.

For more information about the JCCNV Performing Arts Series, visit the website or call the JCCNV box office at (703) 537-3000.