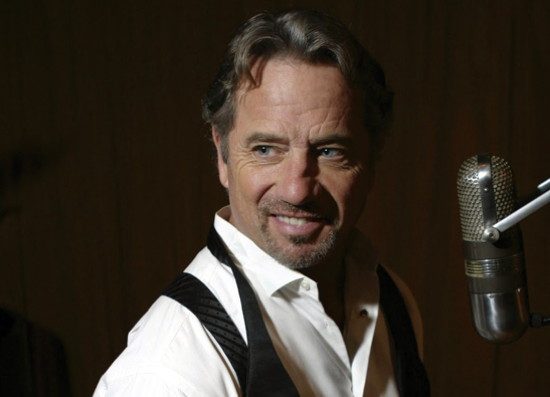 Most people remember Tom Wopat as one half of the Duke cousins opposite John Schneider in the popular hit TV series The Dukes of Hazzard, which ran from 1979 to 1985. But through the years, this “good ol’ boy” has proven to be a multi-talented performer, working across many genres. After the series ended, he began his singing career recording country albums. Wopat then went back to his roots in theater and moved on to Broadway, garnering several Tony nominations.

It was after Wopat did the cast album for Annie Get Your Gun when he was asked if he would like to record an album of jazz pop standards. Since 2000, he has recorded several albums of tunes taken from the Great American Songbook while mixing in fresh interpretations of songs from contemporary artists such as Bruce Springsteen and Paul Simon, as well as his own compositions.

This singer is a true pro with a voice that is warm and expressive.

Along with his singing career, Wopat continues to work in TV and film. He and John Schneider remain good friends to this day and will be working together on future projects, including a Christmas album. The running joke of the evening was if you liked the show, he was Tom Wopat and if you didn’t, he was Schneider.

Wopat’s versatility was on full display at the Ram’s Head On Stage in Annapolis. He has a down-to-earth and approachable personality on and off stage, giving the show a cozy feeling – as if you were watching an old friend. He was backed by a talented trio of musicians based in New York – an incredible pianist and arranger, Ted Firth, who was spotlighted in throughout the performance; bassist Ed Howard and Peter Grant on the drums.

This singer is a true pro with a voice that is warm and expressive. A subtle vibrato and an occasional earthy rasp give his interpretations depth and character. The performance was also enhanced by Wopat’s skills as an actor and ease with his audience.

Wopat opened with a wonderful series of songs from the Rat Pack era. The first was the title track of his 2013 release, “I’ve Got Your Number,” followed by “The Good Life.” He gave a poignant version of the Jule Styne/Sammy Cahn’s “I Fall in Love to Easily.” He then changed the pace with a classic “vocalese” song from the 1950s – Dave Frishberg’s “Twisted,” a wonderful satire on psychoanalysis. This section of the show wrapped up with three more great tunes from the American Songbook – “Call Me Irresponsible,” “Makin’ Whoopee,” and with Gershwin’s “But Not For Me,” Wopat exhibited his scatting skills.

He then switched gears with a group of more serious “storytelling” songs and also played guitar. The songs ranged from his own “Thailand Sea” – an original song he wrote while visiting the country – to “Two Grey Rooms” by Joni Mitchell about longing for an old lover and Bruce Springsteen’s “Meeting Across the River.”

The singer brought the mood back up with David Frishberg’s humorous jazz tune about the eternal pessimist, “You’d Rather Have the Blues.” Picking up the guitar again he sang what he called a country song by Cole Porter – a jazzy “Don’t Fence Me In” that included a bass solo by Ed Howard. Wopat then delighted his fans with the theme song from The Dukes of Hazzard.

Probably one of the most beautiful songs of the evening came from Wopat’s first album – the rarely heard “Ruby,” written for the 1952 film Ruby Gentry. He also did a wonderful and surprising pairing of two Broadway songs – “A New Town Is a Blue Town” from The Pajama Game that segued into a jazzy rendition of the “Jet Song” from West Side Story. The country song ‘Maybe Someday Baby” was given a lively, Cajun twist.

Wopat then performed the holiday song “On the Last Night of the Year.” He ended the show alone on stage, guitar in hand, with the audience singing along with him to Don McLean’s classic ode to rock and roll, “American Pie.” The encore was “The Kid,” by singer/songwriter Buddy Mondlock. Perhaps Wopat is talking about himself with this song but I think he has fulfilled many of his dreams as a performer – and lucky for us!

I’m the kid who has this habit of dreaming
Sometimes gets me in trouble too
But the truth is I could no more stop dreaming
Than I could make them all come true.