“I’m glad I saw this production on the Spotlighters’ stage, the intimacy of which lent itself well to this personal drama…” – April Forrer.

Synopsis: In a time of civil strife and growing political unrest, the fate of an  English king is threatened not by war, but by the prejudice of his own court against the man he loves.  Marlowe’s play illustrates the romance between Edward and his beloved Gaveston with surprising candor, and reveals that not even the Crown is safe against the crushing intolerance of Church and State. 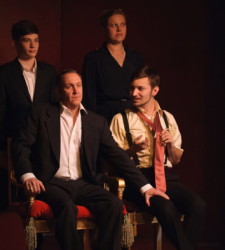 “A good director is essential to a show’s success and Walter Ware III is a perfect choice for this show. His direction gets to the core of what Larson was trying to convey and he makes good use of the minimal stage space at The Lab at Convergence.” – Elliot Lanes.
READ Elliot Lanes review.
Synposis: From Jonathan Larson, the creator of RENT, QuackenSteele Theatre Co. brings you tick, tick…BOOM! A musical look at the courage it takes to really, truly follow your dreams.  Set in 1990, this rock/pop musical blends compelling melodies and unique blend of musical theatre styles. 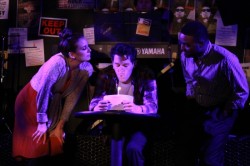 “This is a very important production for both the Everyman and Baltimore audiences and should not be missed. The creative team has done an incredible job bringing this story to life and making this play accessible for everyone.” – Lynne Menefee.

Synopsis: Billy is a young man who lives with an intellectual, chaotic and sharp-tongued family. Arguments and insults regularly fly around the dinner table, all while Billy silently watches the scene unfold – he has been deaf since birth. He has managed to adapt to his family’s unconventional ways, but they’ve never really returned the favor. His world is turned upside down when he meets Sylvia, a young woman on the cusp of deafness herself. Fresh out of London and New York, and winner of the Drama Desk Award for Outstanding Play, Tribes is the hysterical and touching coming-of-age story about the struggle for self-identity and what it truly means to be understood. 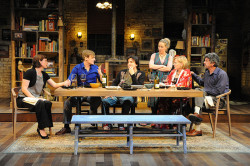 The cast of Tribes. Photo by Stan Barouh.

4. Ordinary Days at Round House Theatre.

“The chance to see something a little different should be reason enough for you to attend.” – Elliot Lanes.

Synopsis: When Deb loses her most precious possession ‑ the notes to her graduate thesis ‑ she unwittingly starts a chain of events that turns the ordinary days of four New Yorkers into something extraordinary as they search for fulfillment, happiness, love, and cabs. Told through a series of intricately connected songs and vignettes, this Off-Broadway hit is a vibrant, original musical about growing up and enjoying the view. 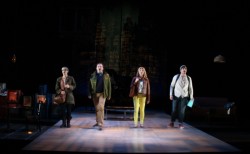 “Director Steven Royal and Musical Director Walter Bobby McCoy, present a good show overall.” – Tina Ghandchilar
READ Tina Ghandchilar’s review.
Synopsis: Ripped from the 1992 World Weekly News tabloid headline, Bat Boy:The Musical is both musical comedy/horror spoof and big-hearted satire on American prejudice. When a half boy/half bat creature is discovered in a cave near fictional Hope Falls, West Virginia, the local vet’s wife sets out to teach him the ways of civilization only to be thwarted by the colorful, narrow-minded, “civilized” townfolk who have something else in mind. In the tradition of Sophocles, Sondheim and South Park—with hints of Mary Shelly, Tim Burton and Mel Brooks—Bat Boy weaves a smart and playful pop/rock score with a crazy take on American eccentricities. 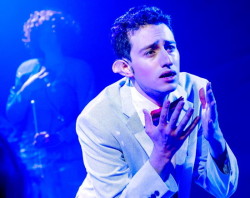