Fringe Review: ‘Marriage, Lizards and Love’ at the Shop at Fort Fringe 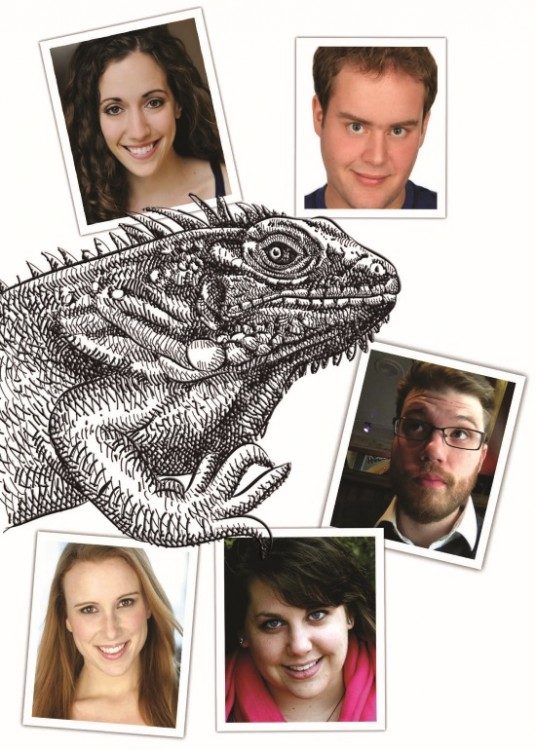 The cast of ‘Marriage, Lizards and Love.’

Good talent gets drawn to a play for many reasons. In the case of Jean P. Bordewich’s predictable and melodramatic play Marriage, Lizards and Love, you have to wonder what that reason was.

Julia (Stephanie La Vardera) is a successful lawyer who is married to an opera composer named Henry (Erik Harrison.) Henry is living with the memory of watching his mom get killed by a truck as she ran after the family dog. The couple has been married for a few years and Julia now wants to have children while Henry doesn’t want to commit to the idea.

Julia’s big case is working on a divorce for Tammi (Roxy Reynolds) whose husband has purchased a gun and Tammi is now worried he will harm her and her kids. Meanwhile, Julia is now pregnant even though she and Henry promised each other they’d be careful. Then, we have another story line that never gets developed enough to matter about Henry’s brother David (Michael Silver) wanting to sell Mom’s cottage. From reading my set up you can probably figure out the outcome of most of these storylines.

Director Adi Stein and company have tried really hard to make the script as theatrical as possible. Stein’s staging can be seen from every seat in the house. The venue is in the round but Stein makes it so you never lose any of the action or actor’s faces. Well done!

Director Adi Stein and company have tried really hard to make the script as theatrical as possible.

Stephanie La Vardera does carry the show as Julia. There is something genuine about her performance that hides the inadequacies in the writing. Erik Hasrrison as Henry does a fine job as the tortured composer. Roxy Reynolds as Tammi in her one scene leaves a potent effect as a mother and wife fearing for her own safety. Michael Silver as David and Karen Kelleher as Julia’s secretary Paula make the most of their limited stage time.

Lighting designer Colin Dieck has the chance to create some snazzy mood effects and takes full advantage of the versatile light plot in the Shop at Fort Fringe.

Marriage,  Lizards and Love has one more performance on July 26, 2014 at the Shop at Fort Fringe which is located at 607 New York Ave NW, Washington DC. For tickets, click here.