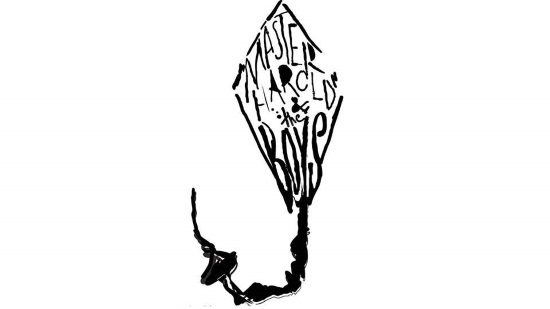 One of the nice things about theatre festivals in general is that there is something for everyone. In the case of this year’s Capital Fringe Festival, there is a Tony Award winning play as one of its entries. The 1982 drama Master Harold…And the Boys by Athol Fugard is presented in a well acted and directed production by the Rude Mechanicals.

Fugard’s script is still potent after all these years and the Rude Mechanicals have done it total justice.

Set in the tea room of a South African Hotel we meet servants Sam and Willie (Marcus Salley and Roody Labaze) who at rise are practicing for a ballroom competition. Enter Hally (Matt Zimmerman) who is the son of the owners of the tea room. He has known Sam and Willie his entire life. Let’s just say Hally is a tortured soul. He is very serious about his studies but is forced to take care of his dad who lost his leg during World War II. Since his dad has been in the hospital, Hally has been able to concentrate on his studies but  now his father wants to come home and rather than argue, Hally’s mom allows it to happen. Even though Hally has known the two servants forever, later in the play he takes on an almost master like quality as he orders them around which ultimately leads to a confrontation between Hally and Sam.

Acting wise the three actors are solid throughout with perfect and understandable accents. Even though Marcus Salley is a little young for the more mature Sam, I did think his performance was powerful as he stood up to “Master Harold.” Roody Labaze as the more willing to go along with things Willie has fewer lines than Salley does but you know what he thinks about things. Even though he goes along with the class situation to keep his job, you know he doesn’t approve of it. Lastly Matt Zimmerman as Hally is brooding at the top of the play but gives us a noticeable change in tone as the play progresses.

Rude Mechanicals Artistic Director Fred Franklin has directed the piece with power without making Fugard’s script melodramatic. He lets the material breathe and build naturally which is how it should be.

Between all of the fringy type pieces, make it a point to check out Master Harold…And the Boys. Fugard’s script is still potent after all these years and the Rude Mechanicals have done it total justice.

Running Time: 85 Minutes with no intermission.

Master Harold… And the Boys is playing through July 27, 2014 at the Goethe Institut-Gallery 812 7th Street NW Washington, DC 20001.  For information or to buy tickets click here.