Theatre News: Oh What a Night! ‘Jersey Boys’ in Las Vegas is a Broadway Success Story’ 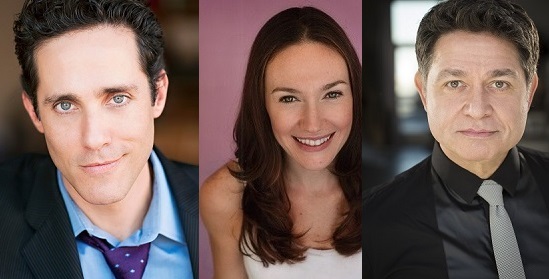 In the past few years many Broadway shows have tried their hand out in Las Vegas. Musicals such as Hairspray, Spamalot and Avenue Q that were hits in NY did not fare as well in the desert community.

Jersey Boys, the Tony Award winning musical about the lives and times of Frankie Valli and the Four Seasons, has been playing in Las Vegas for a little over six years now. It opened at the Palazzo and is now making its home at the Paris Hotel. It seems to me that this show is perfect for Las Vegas because it is tons of fun and has all those great songs that you remember hearing on the radio. Who doesn’t remember “Big Girls Don’t Cry” or “My Eyes Adored You.”

There are a few positions that are very important to keeping a long running show in top shape. One of great importance is the role of the dance captain. Sarah Lowe is charged with this position at Jersey Boys in Las Vegas. It is Sarah’s job to keep Sergio Trujillo’s choreography clean and looking good at all times. The show has plenty of brush up rehearsals and Sarah gives notes to the company if there is anything that doesn’t look right or just needs a little cleaning. She says “I watch the show at least once a week if not more.  I am sure people get tired of hearing the same thing over and over again, so I am always looking for different ways to approach things.  It’s important to approach each show as if it was still the first.  That can be tricky, so I try and have positive notes as well as critical.” 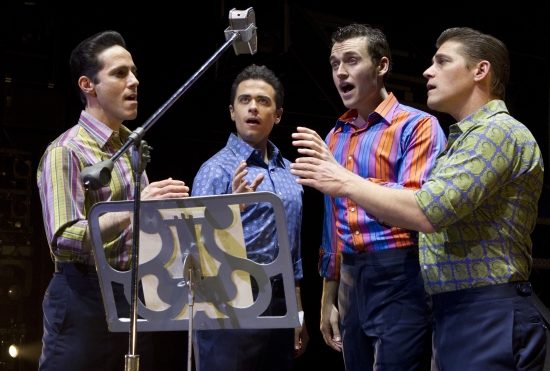 The Las Vegas production has a few folks that have been with the show since it opened. Take Jeff Leibow who plays Nick Massi for example. He had been performing a lot in California before getting cast in Jersey Boys. While waiting for the Palazzo to finish construction, his company played an engagement at the Curran Theatre in San Francisco. I wanted to know if it was a big adjustment for Jeff and his family to move to Las Vegas from California. He says “Going from coastal California to the Land of No Humidity was challenging for a number of reasons, but mostly vocally.  It has taken a long time to condition my voice to sing in the desert, but even after 6+ years, it can still sometimes be a struggle.

Socially, I quickly learned that once you get away from The Strip, life goes on just as it does in many if the California communities I have lived in, which made the transition of everyday life fairly easy.  And now, we live in a wonderful neighborhood that is very conducive to raising children. Of course, we are just now preparing for kindergarten and grade school…so, maybe you should ask me that again after this fall.”

Another person who has been part of the Las Vegas Jersey Boys company from the beginning is musical director Keith Thompson. He was trained for the show by flying from Las Vegas to NY. His audition was conducting a performance of the Broadway production. He was given the job and conducted the pre-Vegas engagement in San Francisco. Because the show is wall to wall music Keith’s job as conductor goes far beyond the nightly duties of leading the band in performance. As Keith says “I am charged with maintaining the musical quality of the show as well.  This does involve regular understudy rehearsals so that the understudies and “swings” are prepared to go on at a moment’s notice without sacrificing any of the musical integrity or quality of the show.  We maintain a full understudy run of the show once a week (on average) and I also have regular separate vocal brush-up rehearsals with individual cast member and with the entire cast.  When a new cast member comes in, there are many more rehearsals as we prepare the cast member to go into the show.  In the case of a new understudy or swing, they have to be prepared to do numerous roles, so these rehearsals (several days per week) can go on for months while continuing to perform the show 8 times a week, 6 days a week.”

As you might imagine the Veags crowd has a different feel to it than on Broadway. Broadway audiences are there to see the show. In Vegas there are plenty of distractions so I wanted to know if there were any audience stories that would only happen in Vegas. Jeff Leibow tells the story of an incredibly loud drunk woman wearing something that would only fly in Las Vegas. As she made her way to her seat in the third row 15- 20 minutes into the show, the cast hears her say “Get the (explitive) out of my way.” The guy she said it to was a retired NYC cop. Needless to say she was removed in handcuffs, mini skirt and all.

Sarah says “I think you can find odd audience reactions anywhere.  That is the beauty of live theater.  But we have had our fair share of VERY drunk, scantily clad women who LOVE to dance for the boys in the finale!”

Keith also made the following observation. “Audiences tend not to be quite as sophisticated or theatre-savvy in Las Vegas as they might be in New York or other metropolitan areas.  So we get people showing up in flip-flops, tank tops and swim suits (directly from the pool), and they tend to talk back to the stage as if they were watching TV at home.  Then, of course, when the Adult Film awards are being held in town, we get some “adult entertainers” outrageously dressed to highlight their physical enhancements, usually right on the front few rows so the cast can actually see them during the show.” Only in Vegas people.

I would like to mention here that I worked with Keith Thompson pre-Vegas at Paper Mill Playhouse many years ago on Animal Crackers but I first saw him conduct a delightful musical off-Broadway at the Village Gate called The Wonder Years which was a revue about the baby boom generation. It was Keith’s first off-Broadway show and he remembers it fondly. “We were a small band, only 3 pieces.  It was so much fun!  I was young and eager, and so excited to be originating a show in New York City!  I learned a lot about mounting and maintaining a small cast Off-Broadway musical, both the artistic and the business aspects.  I also got to work closely with the creators and writers of that show and had a hand in shaping the arrangements.  My most vivid memory was of me slicing my finger open on a staple and bleeding profusely just before a show.  Fortunately our drummer, Steve Bartosik, had been an eagle scout and stopped the bleeding for me, but I played that show with my finger all bandaged….somehow it worked out.” 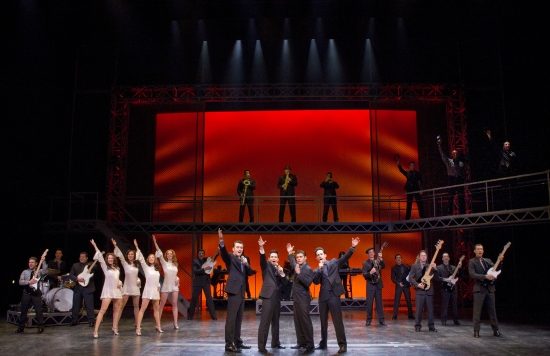 Jersey Boys is no doubt a crowd pleasing musical and there are many reasons for that. Sarah says “It speaks to everyone.  Men, women, young and old.  I am constantly approached by the older folk who say “I was there. I remember when Sherry hit!” or the younger folk who say “I was surprised by how many songs I knew!” Jeff adds “I think people come expecting to hear great music, and they do.  The Four Seasons songbook is huge and full of songs most people know, even if they don’t know The Four Seasons sang them.  What really surprises people is the story.  It’s an incredible story filled with stuff you could never make up.  The fact that it’s true (or at worst an amalgamation of truths) makes it even more compelling.  I think it’s that combination of great music and an even better story that excites people and gets them to come back again and again.”

Whatever the reasons for its success on Broadway, Las Vegas and the world, Jersey Boys leaves audiences singing the songs they remember while learning something about one of pop  music’s most beloved singing groups. I am looking forward to seeing this show in Las Vegas in August and if you are out there on vacation, grab your sweetie and tell her “My Eyes Adored You” while watching and listening to a Broadway success story in Las Vegas.