Theatre Review: ‘The Tale of the Allergist’s Wife’ at Cockpit in Court Cabaret Theatre 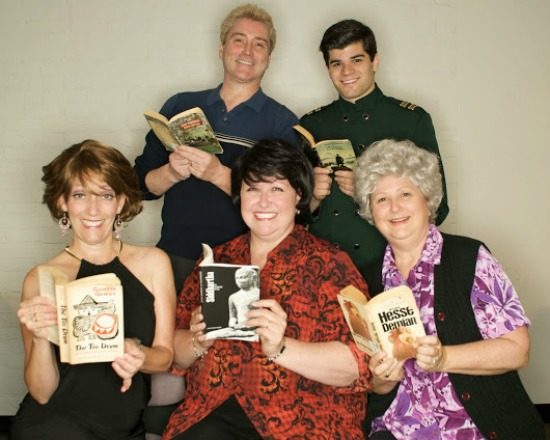 As the saying goes, “People are put into our lives and taken out for a reason.” That is what Marjorie Taub and her doctor husband, Ira experience in The Tale of the Allergist’s Wife. In this adult comedy written by Charles Busch, the main story focuses on this middle-aged Manhattan couple residing on the Upper West Side and whose lives are about to be turned upside down and inside out by the arrival of an old childhood friend of Marjorie’s.

This production is being presented by Cockpit in Court Summer Theatre at the Essex campus of Baltimore County Community College. Linda Chambers directed this uproarious comedy that explores a spectrum of mid-life questions and quandaries.

‘The Tale of the Allergist’s Wife’ is a comedic exploration of relationship dynamics and worth every laugh.

It is mid-morning and Marjorie Taub played by Liz Boyer Hunnicutt, has been suffering from depression since her beloved psychiatrist died. In the opening, Marjorie is still wearing her pajamas, a robe, and a turban as she sprawls out on the sofa. Mohammad played by Zach Bopst is the Taub’s handyman/ doorman who is installing a chandelier for Marjorie. As conversation ensues, it is apparent Marjorie is hungry for meaning. Unfortunately, she has to deal with her very critical and foul-mouth mother, who has done little to encourage and feed her daughter’s self-worth. Add to that, her over-focused, overachiever husband, and it’s not surprising that Marjorie feels the way that she does.

Hunnicutt is talented at conveying just how down and out Marjorie is feeling. Additionally, Marjorie is bored and Hunnicutt shows just how annoying it is, having to constantly justify her existence to her mother and her husband. She delivers an incredibly lengthy list of all her volunteer work, jokingly calling herself the Brigadier General of Volunteer work. Then she realizes she has served everyone else’s needs but her own. Still, Marjorie is well read, intelligent gal, and Hunnicutt brilliantly transforms her character into a vivacious and confident woman.

Enter the mysterious childhood friend, Lee Green aka Lillian Greenblatt, played by Holly Pasciullo, is full of charm, wit, and a bunch of malarkey. Definitely a cosmopolitan girl and world traveler – Paris, China, and Berlin – she has somehow managed to influence some of the most recognizable pop-culture names such as Andy Warhol, the Nixon’s, and Princess Diana – just to name a few she drops throughout the show. What is so spectacular is how nonchalant Pasciullo is when she says, “Andy liked how I stacked my Campbell soup cans…” or “Diana didn’t know a thing about landmines…” and proudly claims she helped plan a seed. Pasciullo plays Lee with class and style but on the flip side is quite the narcissist.

Moving forward with the storyline, Marjorie explains the reason behind her bandaged wrist. Called “a retail terrorist,” by Lee, Marjorie confesses to breaking six figurines in the Disney store and that she just couldn’t help herself. The more she hangs outs with Lee, Marjorie comes back to life. She is spending her days out of the apartment shopping, going to a museum or the movies, that is, until she realizes Lee fails to show up outside the apartment building. Now Marjorie feels she is going crazy and is going to end up like Silva Platt or Virginia Woolf, the women whose works she adores.

It is her husband, Dr. Ira Taub played by Tom Wyatt, who is frantic that Lee may be a figment of his wife’s imagination. He inquires with Mohammed who in turn says he has never seen Lee in person. Wyatt is really exuberant with his character, who is really focused on his retirement, connecting with his students, and his philanthropic work. There seems to be an underlying angst that he can’t help his wife out of her depression and is concerned about this so-called friend that all he can offer Marjorie is a bottle of pills. Wyatt makes his character very likable and that likability has Marjorie’s mother fawning over him.

Joan Crooks plays Marjorie’s feisty and foul-mouthed mother Frieda, who is obsessed with her bowels and Dr. Kevorkian. She is the mother you want to hate and yet her kooky behavior has you laughing. As Marjorie points out, her mother always talks about her bowels when people are eating. She likes Ira and proclaims he is a winner and in turn will blast her daughter’s short-comings for being a loser – a big loser! She is not above-board making politically incorrect sarcastic comments in regards to other ethnic cultures. Crooks is great playing this character to the hilt – a total pain!

As the show continues, Lee has been living with Marjorie and Ira. They have become the three musketeers, at least in Lee’s eyes. She has infiltrated their lives as she divulges that she can’t determine who she is more attracted to: Ira or Marjorie. Eventually, the inevitable happens among the three of them,, leaving Marjorie and Ira in a wake of confusion. Lee truly does turn the Taub’s upside down and inside out. But not before she swindles $5,000 away from Frieda for the Universal Human Rights Coalition that according to Mohammed is bad, very bad and made his cousin disappear.

The costume design by Tom Wyatt and set design by Michael Rasinski are simplistic and work for this production. Cockpit in Court Cabaret is theatre-in-the round with four passage ways that represent the kitchen, Ira’s desk in front of the window, the front door and the Taub’s spare bedroom, the four corners surrounding the stage. The action takes place in the Taub’s living room with a serving cart near the kitchen entry for food and drinks.

The costuming is contemporary as Marjorie transitions from dark to bright tops that are either lace or chiffon and are stunning. Whereas Lee’s clothing goes from brights to black. Both Frieda and Ira wear nice outfits. Ira likes his trousers, shirts or a handsome sweater whereas Frieda wears the frumpy mother pants with gorgeous tops then ruins it with frumpy sweater vests.

The Tale of the Allergist’s Wife is serious comedy and leaves one wondering the age-old question, “Why is this person in my life?” Is Lee responsible for getting Marjorie out of her depression? Why did she stir things up for Marjorie and Ira? Was she interested in them or just trying to get them interested in each other again? Theatre goers can ponder these questions through August 3rd.