News: ‘Side Show’ to Open on Broadway November 17th at The St. James Theatre 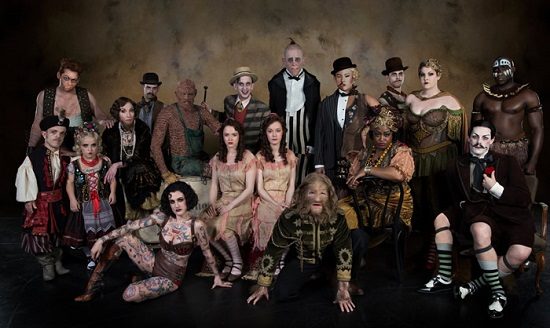 A revival of Side Show, a musical  about a pair of conjoined twins during the Vaudeville era, is scheduled to begin  preview performances October 28th and will open on Broadway on November 17th a the St. James Theatre.

Side Show is newly re-imagined and directed by Bill Condon who most notably wrote the screenplay for, and directed, the film adaptation of Dreamgirls, the acclaimed Broadway musical loosely based on the career of the musical group The Supremes with Motown Records.

This production comes fresh from the Kennedy Center and La Jolla Playhouse where it played earlier this year. It will star Erin Davie and Emily Padgett who will reprise their roles for Broadway.

Nominated for a Tony in 1997 for best musical, best book and best score, Henry Krieger wrote the songs and Bill Russell wrote the lyrics and book. MD Theatre Guide’s Elliot Lanes says that “the score is one of the best in musical theatre history.”