‘A Quick 5’ with Brynn O’Malley 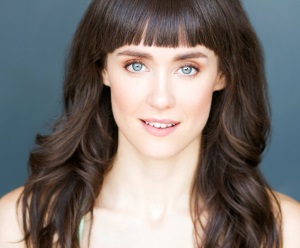 Brynn O’Malley is currently starring in the dual roles of Dot/Marie in Signature Theatre’s fantastic production of Sunday in the Park with George.  She has appeared on Broadway in Annie (revival), Wicked, Sunday In The Park With George (revival at Roundabout Theatre Company), Hairspray and Beauty And The Beast. In DC she appeared at Arena Stage in She Loves Me (Helen Hayes nomination). Select regional credits include Las Vegas: Avenue Q; Paper Mill Playhouse: Honeymoon In Vegas, Boeing-Boeing, Oklahoma!, Meet Me In St. Louis, Baby; Center Stage: Arsenic And Old Lace and Kansas City Rep: Into The Woods. On TV Brynn has appeared on episodes of Smash, A Gifted Man, Royal Pains and The Big C. I remember Brynn from my days of working at Paper Mill Playhouse and watching her nightly in the lead role in Meet Me in St Louis belting out “The Trolley Song”. I also recall the night she went on for the actress playing Lizzie in Baby and nailing the first act finale called “The Story Goes On”. Brynn is quite remarkable in Sunday In The Park With George and if you have not seen this production, you are missing something. This version made a fan out of me and Brynn’s performance is a big part of that. Her Children and Art is really beautiful to listen to. I hear tickets are scarce but you have another two weeks to catch one of the finest performances of the season and that my friends is the state of the art.

I got my Equity card on my first professional performing job. I did 3 shows at The St. Louis MUNY the summer after I graduated from the University of Michigan: Side by Side by Sondheim, Cinderella, and South Pacific. Performing in front of 11,000 people a night definitely felt like the real deal.

Unfortunately/fortunately I had watched the PBS recording of the original Broadway production of Sunday in the Park with George countless times as a teenager. Generally, yes, my policy when preparing for a production is to avoid other performances that might get stuck in my head. However, the addendum to that policy is that if I HAVE been exposed to another production/performance, I then try to see as many others as possible so I can at least broaden my spectrum of possibilities going in. 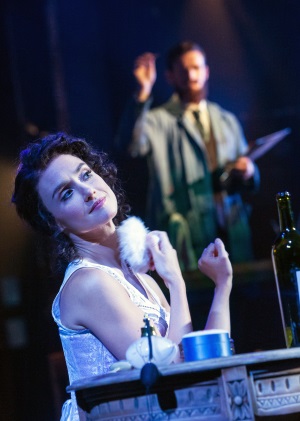 It seems that the Signature Theatre production of Sunday in the Park with George is more accessible to audiences than the original Broadway version was. What do you think the reasons for this are?

If I could watch our production maybe I could answer that! All I can tell you is that I, personally, approached the roles of Dot and Marie from a DEEPLY personal and specific point of view. I have something incredibly important (at least to me) that I (and Sondheim and Lapine) want to say to every person in the audience each night through these characters. I know it sounds cheesy but I’m trying to expose the audience to an otherwise private space in my heart in order to successfully tell this beautiful story. I would hope they recognize that honesty and just….get it. I mean, isn’t that what theatre is? Sharing the human experience? If people are finding that “accessible”, then I’ve done my job as an actor.

This is your third time performing in the DC area. What do you enjoy most about working here?

The respect and appreciation for quality live theatre here is astounding. I JUMPED at the opportunity to do all 3 productions I’ve done here mainly because they are 3 shows RARELY produced anywhere because, anywhere else, they’re generally considered “not very commercial”. DC audiences don’t require gimmicks or promises of easy accessibility to bring them to live theatre. They appreciate good story-telling and they’re not afraid to be challenged a little along the way. Those are my kind of people. I look forward to giving them everything I’ve got every night because I know they will listen to every word, every note and respect and appreciate every moment of it. The relationship between an actor and an audience can feel a bit like a trust fall every night. I have no fear in DC. They always catch me. I have done the best work of my career in DC because of that.

Can you please tell us about what your next project is? I know it’s a big one.

Two weeks after we close Sunday in the Park with George I begin rehearsals for Honeymoon in Vegas on Broadway in which I will be originating the role of Betsy Nolan, which is the female lead. Jason Robert Brown wrote the score. Andrew Bergman wrote the book. It also stars Tony-nominee Rob McClure and thee Tony Danza. It’s a thrilling, irreverent, hilarious, heart-breaking, truly special show and it is a categorical dream-come-true to be a part of it. We start previews November 18th at the Nederlander Theatre. Come see us! You will have the time of your life, I promise!