‘A Quick 5’ with Jane Horwitz 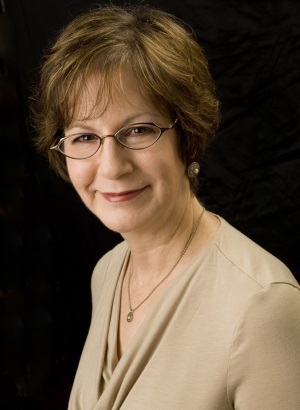 Jane Horwitz is someone you might know from a number of local entertainment mediums. If you read the Washington Post regularly, then you know about Jane’s work as a reviewer and that she has a column called The Family Filmgoer which she has been writing since 1993. From 1997 to 2011 she wrote the Post’s Backstage column for its Style section. If you watch WETA/Channel 26’s program Around Town, then chances are you have seen her as a panelist on that program sharing the screen with Robert Aubrey Davis and Trey Graham from Washington City Paper. Before freelancing for the Washington Post, Jane worked at WTTG TV’s “Ten O’ Clock News” as a  theater and film critic for four years and also co-hosted the national cable program “The Moviegoing Family” on The Learning Channel. Jane earned her bachelor’s degree from Stanford University and received a master’s from Northwestern University’s Medill School of Journalism. For you young journalism majors, Jane has some advice for you in her answer to question 5.

Whenever I read one of Jane’s pieces it strikes me how unsnarky her writing style is. Many critics around the country are out for blood and you can tell that from the way they critique. Jane impresses me as a writer who puts things as diplomatically as possible. This is not to say that she likes everything but you don’t feel as crushed as you would by say a Clive Barnes or John Simon type. Those guys, while funny as they were tearing things apart, were just plain vicious. The way Jane writes reflects her personality as well. If you see her at a performance she is always approachable. With the new theatre season heating up and Jane being as busy as she is, I want to thank her for doing this column and for joining her Washington Post colleagues Peter Marks and Nelson Pressley who have been past column participants.

Well, I always did pretty well in writing at school, from elementary school onward, though by the time I got to college and professors were more demanding, I began to recognize my limitations!  I had a little poem published in my elementary school newspaper, and worked on the high school literary magazine. I went to the high school in Oak Park,  Illinois, attended by both Ernest Hemingway and Frank Lloyd Wright; one year, we did a tribute to Hemingway in the literary magazine, and we misspelled his surname on the cover – 2 “m”s in Hemingway. Seriously. We had to send about 4,000 copies back to the printer – the old kind of printer, with a printing press. Our advisor was not happy.

What was your first professional job in journalism?

I specialized in broadcast journalism while getting my masters and my very first job was at a radio station in Springfield, Ill. I did some reporting and newscasting and I am fairly sure I was quite awful, despite my hotsy-totsy degree. But I learned a lot and made one lifelong friend. After Springfield – I was only there four months – I went to the ABC affiliate in Dallas and was there for 8 years. It was in Dallas that I began doing theater and film reviews. At one point, I was taping a theater or film review for every weekend newscast – and covering city hall.  After I got married, we moved to Connecticut for two years, and then came here, where I started as a freelance film/theater critic on WTTG/Channel 5.  Since then, I have been doing Around Town on WETA and writing freelance for The Post. I did their Backstage column for 14 years and now do freelance theater reviews. I also write The Family Filmgoer for The Post.

You are part of the TV show Around Town on WETA/Channel 26. Do you get recognized a lot when you are in public and if so has there been a fan encounter that you would consider unforgettable?

I still get recognized quite often, especially by people who were loyal viewers of Around Town when it was a half-hour show on WETA, and even occasionally by people who remember me from my days at WTTG. Not sure about truly unforgettable encounters, but you’d be surprised how many folks recognize me but don’t know why. They think I went to high school with them. I did have an unforgettable close-encounter: I was doing reviews for WTTG, and we did a live shot for the 10 o’clock news after a show at the National Theatre. While we were broadcasting from Freedom Plaza, a guy standing in the background started to disrobe with, apparently, the intention of “streaking” right in front of our camera Luckily, he was waylaid in time.

As a reviewer you look at a show more critically than an average audience member. Has there ever been a review of yours that if you had a chance to change something about, what would it be?

Actually, I think my longterm problem is that I’m a little too reflexively forgiving in my reviews.  I think I need to be tougher, but I seem to have a hard time with that and I qualify things too much. I am sure there are some theater artists around DC who wouldn’t agree with that, but that’s my sense. So don’t want to recant a “mixed” review in this space and say that it should have been more negative. That wouldn’t be fair.

What advice can you give to a young writer starting out with their journalism career?

If you mean a journalist who wants to cover the arts, I must say that the whole landscape has changed so drastically since I got started that I’m not sure what good my advice would be in terms of carving out a niche and earning a living. Everyone is a critic these days, and fewer and fewer news organizations seem ready to pay for some expertise in these fields. So I’d advise against a freelance career in arts journalism, unless you also have a day job!  For college kids thinking of majoring in journalism, I’ll give the same advice I’ve been giving for years, because I’ve never stopped believing it’s true:  Don’t major in journalism.   Minor in journalism and major in a “macro” intellectual subject, like economics, history, political science, or literature. Learn a foreign language; take at least one art history course and one music appreciation course. Be the one person in the newsroom who can bring some depth, context and historical and artistic perspective to stories. The editors will start turning to you.