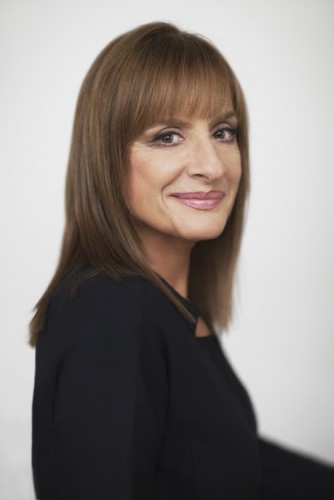 Leading her audience through a journey including her extended career in the theatrical society on Broadway and around the world, LuPone performed songs from musical roles she could have played, would have played, and should have played as well as roles she actually played and will be playing in the future.

Unfortunately there were a few surprisingly disappointing glitches throughout the evening. Some numbers including, “Easy to Be Hard” from Hair, “Don’t Cry For Me Argentina” from Evita, “Meadowlark,” from The Baker’s Wife, and “Sleepy Man,” from The Robber Bridegroom resonated as slightly emotionally disconnected, especially at the top of the numbers.  It took some time for me, as an audience member, to become engaged with the lyrics she was trying to convey. With a song like “Sleepy Man,” that is naturally enveloped with such tender, loving lyrics and a rich, warm, musical melody, I was unfortunately left disconnected at times from certain lukewarm vibes received from LuPone.

…a great night of entertainment that hits the spot for active musical theatre-goers everywhere.

Thankfully, on the flip slide, there were definitely highlights throughout the concert. Known for her legendary Ethel Merman-like belt, (with an interesting colorful twist within her vowel sounds) LuPone opened her performance showing off her comical fun-loving side with several well-known numbers including, “A Wonderful Guy,” from South Pacific. Whatever the performance held as a whole, LuPone made up for in her clever, witty storytelling within the style of a one-woman show.

From sharing a personal story of receiving a phone call from her brother telling her to put down a joint once she moved up to New York City, to exclaiming how The Baker’s Wife never made it to Broadway but filled up approximately 25 seats at The Kennedy Center to attending the Northport Public Schools in Long Island emphasizing how music education was just as important as every other subject, applauding advocates for music education everywhere, LuPone is a powerful storytelling force to be reckoned with. Finally stepping into her own element LuPone belted out “Everything’s Coming Up Roses,” fulfilling Merman’s shoes nicely.

As soon as she took us into Act 2, LuPone put her full highly energetic sassy self on display with the GMU Choir singing a very bright and exciting rendition of “Trouble,” from The Music Man, in which she proceeded to stumble through some of the rapid-fire conversational lyrics, saying, “Yeah! I screwed up! Ok someone in the audience knows that…let me start over!” It was wonderfully charming to see her human side and the way she humorously carried through was lovely.

After a few measures proceeding into the passionate musical number, “So In Love,” from Kiss Me Kate, LuPone stopped and called out, “hold on a sec, if there are any parents of these kids up here, please take out your cell phones and take some pictures!” I have to mention her love for students is rather very endearing. “These kids are being well trained at this school. Now back to me,” she comically exclaimed after the GMU a cappella choir, Soundcheck, sang, a sweet rendition of, “I’ll Be Seeing You,” proceeded by an entertaining tribute entitled, “Hello Patti!” (to the tune of “Hello Dolly”).

Despite several dips in emotional energy in the first act, the concert overall provides a great night of entertainment that hits the spot for active musical theatre-goers everywhere.

For tickets to future performances at The George Mason Center for the Arts please visit: https://www.gmu.edu.