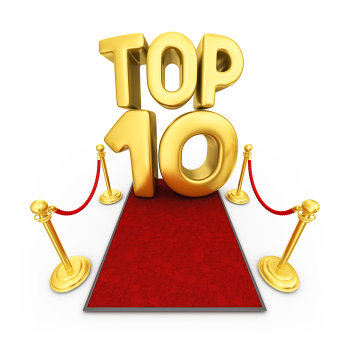 There are many reasons for Sweeney Todd’s enduring popularity: Stephen Sondheim’s rich score, Hugh Wheeler’s grand-est guignol book, the wit, the pathos, the scathing social commentary–all of it combines to create one timeless masterpiece. And while fans will continue to debate the merits of minimalist productions like John Doyle’s or lavish productions like Hal Prince’s original Broadway direction, there can be little argument that hearing that score with a full (and top-notch) orchestra is one of the most thrilling theatrical experiences imaginable.

Our sister site New York Theatre Guide attended the final performance of the recent New York Philharmonic production of Sweeney Todd, which was taped for a broadcast on PBS on Friday night. With a dream cast including Welsh opera star Bryn Terfel in the title role, Oscar-winning film actress Emma Thompson as Mrs. Lovett, Philip Quast as the Judge and Christian Borle as Pirelli, the broadcast will likely be a theatrical TV event on par with the Tony Awards–and it should be. Here is what to watch for when it airs:

1. Lonny Price’s staging. With limited space available at Avery Fisher Hall, Price made great use of the crowded stage and theater. While lifting some elements from his 2000 Philharmonic production of the show, Price nicely balanced the worlds of concert and theater so that there were always surprises. From the very beginning, his staging takes everything that’s expected and turns it on its ear. (No spoilers here, but be sure to tune in on time and not to miss the opening moments of the concert.)

2. Emma Thompson’s singing. The film star made her New York stage debut in one of the most demanding musical theater roles imaginable. And yes, she can sing. There is a distinct break between her head voice and chest voice, but she has a great sense of musicality and beautifully conveyed plenty of emotion in the songs. Her verse of “Not While I’m Around” was especially powerful, and she emphasized just how much Mrs. Lovett pulls so many strings in the show.

3. Bryn Terfel’s singing. His baritone is pure and rich and shiver-inducing, and his “Epiphany” was flawless–menacing, bitter, vicious and savage–exactly what the number should be. If his acting didn’t always match the level of the music, he more than compensated with his musical prowess.

4. James Noone’s set–it goes from elegant to tattered in seconds and nicely evokes both Victorian London and a classy New York recital hall. Efficiency and style in action.

5. Christian Borle hitting some insane notes as Pirelli and clowning around with the role more than many actors normally would. It’s a brief role, but Borle made the most of it.

6. Emma Thompson messing with the Philharmonic. Keep an eye out for how many time she swiped props from the musicians. Price certainly deserves credit for this staging, of course–but Thompson made it seem organic and earned some of the biggest laughs of the evening.

7. Jay Armstrong Johnson as Anthony Hope and Erin Mackey as Johanna–the musical’s beta couple got much less to do than the leads, but these two share some great chemistry. Mackey’s soprano is lovely, and Armstrong’s “Johanna” in Act One just soared.

8. Kyle Brenn as Tobias Ragg–it’s hard to believe this singer is still in school, but what Brenn lacks in years he makes up for in heartfelt emotion. Remember his name. You’re likely to be seeing it all over town soon (once he graduates, of course).

9. Jeff Blumenkrantz as the Beadle has a small role, but made the role simultaneously disturbing and darkly comic, balancing the two moods beautifully.

10. The Philharmonic–even as they play in perfect precision under music director Alan Gilbert, the orchestra became an integral part of the scenery and story. Concert productions of classic musicals are great for watching an orchestra in action, but by involving the musicians in the action, Price and Gilbert made sure the audience could appreciate much more of what they do.