1. Florencia in the Amazon at the Washington National Opera.

“…the WNO’s season opener is a mystical, stunning, magical performance which marks a season of firsts and exceptions…” – Jennifer Minich.
READ review.
Synopsis: Two-time Grammy Award–winning American soprano Christine Goerke stars as a famous opera singer who embarks upon an enchanted riverboat journey in late Mexican American composer Daniel Catán’s mesmerizing opera. Returning after 20 years to her South American homeland of Brazil, Florencia Grimaldi boards the El Dorado in disguise and heads up the Amazon to sing at an opera house in the capital. Along the way, she hopes to track down her long-lost lover, a butterfly hunter who has disappeared in the jungle. Beset by storms and a cholera outbreak, Florencia and her fellow travelers are carried deeper into the rain forest, while Ríolobo, a mystical river creature, guides them to life-changing revelations. 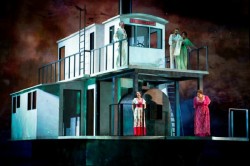 2. Memphis:The Musical at Toby’s Dinner Theatre.
“…this musical is electrifying and a must see!…Directors Toby Orenstein and Lawrence B. Munsey make this musical successful because of their ability to show the darkness of racism and the glory of how music can bring people together.” – Mark Beachy.
READ review.
Synopsis: From the underground dance clubs of 1950’s Memphis, Tennessee, comes a hot new Broadway Musical that bursts off the stage with explosive dancing, irresistible songs and a thrilling tale of fame and romance. 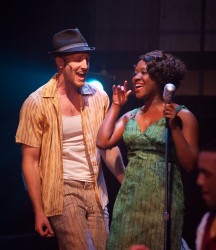 “…a mesmerizing spectacular well worth the trip to Chinatown.” – Jennifer Minich.
READ review.
Synopsis: In a world of empty celebrity and economic crisis, how’s a teen queen to keep her head?Cake enthusiast and infamous one-percenter Marie Antoinette opens Woolly’s 35th season with a burst of high fashion and shaky morals. Through David Adjmi’s incisive contemporary lens, history’s most notorious teenager becomes a full-blooded, complex, and tragic heroine who realizes too late that there’s an unstoppable revolution brewing outside her window. 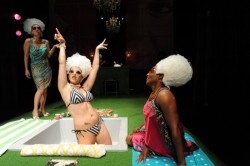 “Adventure Theatre MTC’s Stuart Little is high on energy and laughs and still tells a delightful, relatable story for kids of all ages.” – April Forrer.
READ review.
Synopsis: Stuart Little is no ordinary mouse. Born to a family of humans, he lives in New York City with his parents, his older brother George, and Snowbell the cat. Shy and thoughtful, Stuart’s greatest adventure comes when his best friend, a beautiful little bird named Margalo, disappears from her nest. Determined to track her down, Stuart ventures away from home for the very first time in his life. He finds adventure aplenty. But will he find his friend? 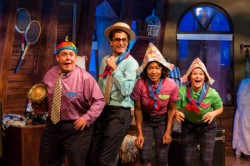 “…a powerhouse show that rocks the house…” Brian Bochicchio.

Synopsis: An elegant intimate musical which exposes the souls of three strong women as they reflect  the promise of the future, while revealing the pain of the present and their regrets of the past.  An evening of gospel, rhythm & blues, funk and folk music by William Hubbard. A rich musical tapestry inspired by Chekhov’s Three Sisters. 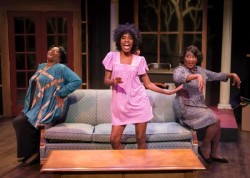