‘A Quick 5’ with Deidra LaWan Starnes 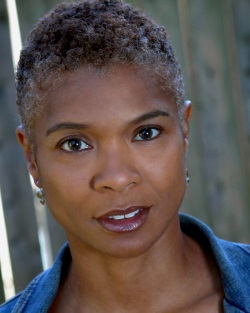 Deidra LaWan Starnes is currently performing the role of Calphurnia in Julius Caesar at Folger Theatre. She previously appeared in Folger’s production of King Lear.  Area credits include Shakespeare Theatre Company: Much Ado About Nothing; Adventure Theatre: 12 Days of Christmas, Charlotte’s Web; Studio Theatre; Invisible Man, Passing Strange, In the Red and Brown Water, Radio Golf, The Old Settler, Seven Guitars; African Continuum Theatre: 24, 7, 365, Intimate Apparel, A Raisin in the Sun, I Have Before Me a Remarkable Document…, Two Trains Running, Spunk; Olney Theatre Center: Stuff Happens, Doubt; Metro Stage: Gee’s Bend and The Twelve Days of Christmas at Adventure Theatre-MTC. Regionally Deidra has appeared in St. Louis Rep’s Gem of the Ocean; New Federal Theatre’s  for colored girls…; Rep Stage’s The Violet Hour and Anna Lucasta and Everyman Theatre’s Blues for an Alabama Sky. You might have also seen Deidra in the films  Nocturnal Agony and Ladder 49. Her awards include a Helen Hayes  and an Audelco.

As you can see from Deidre’s credits, her range of characters and plays makes her very versatile. She can play everything from August Wilson to a musical by Stew to a partridge in a pear tree (yes really) in a Christmas show. I’ve seen Deidre in a bunch of shows since I’ve been in DC and I can say without question that I always enjoy her work. I’m sure Julius Caesar at Folger Theatre will continue the winning streak that Deidra LaWan Starnes has with her audiences and this columnist.

What was your first performing job in the DC area?
I wish I could remember which show was actually my first, but I do remember my first equity show. It was Sanctuary – DC, a rap musical written by Ralph Brown, directed by Gwen G. Wynne, with musical direction from Scott Davenport Richards, and Lighting Design by Alan Lee Hughes, alongside with actors Erik Todd Dellums, Teagle F. Bougere, Helen Patton, Paul Griffin, and Barbara Wilson. It dealt with the homeless issue in the DMV.

Julius Caesar is one of Shakespeare’s plays that gets performed quite often. What makes the current production at Folger Theatre stand out from all of the others?
Aside from having the most amazing cast ever, I think what makes the Folger production stand out is the connection director Robert Richmond makes with the cyclical and timeless nature of war. What you witness is not a 400 year old play about something that happened over two thousand years ago in a faraway land. This is a story that repeats itself throughout the ages all over the world. It begs an answer to the question, “At what price does freedom, democracy come?” The direction along with the design elements are captivating and consistent with the story telling. 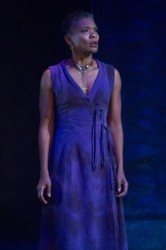 Can you please tell us a little bit about the character you play in Julius Caesar?
I portray Calphurnia, Julius Caesar’s wife, who after having ominous dreams and hearing of other signs of portentous signs begs Caesar not to leave the house on the “Ides of March”.

You were part of what I consider to be one of the best things I’ve seen in DC called The Invisible Man which played at Studio Theatre a few years ago. What are your memories of working on that production?
Invisible Man is one of my favorite productions. Like this one, it was an amazing process with a phenomenal team. The story telling was visually stimulating and creatively staged. I remember often being saddened by the fact that the racial issues examined in a book written over 60 years prior still resonate in the 21st One of my favorite memories is the song we sang as a warm up before every performance that one of the other actors, Delon Grant wrote. We would dance, and laugh and just sing our hearts out. Another great memory was taking the production to Boston’s, Huntington Theatre Company.

What is next for you after Julius Caesar?
Next up is Theater J’s, The Call, directed by Jennifer Nelson, one of my all-time favorite directors. I also get another opportunity to work with JaBen Early, who portrays Metellus Cimber and Octavius in our current production of Julius Caesar.