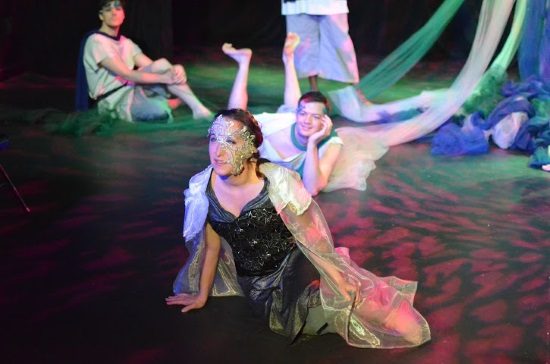 Among theatre-goers there is always a soft spot for productions of Shakespeare’s comedy classic, A Midsummer Night’s Dream. Set in the fairytale land of mythical Athens—and especially its forested suburbs, made famous by the comic poet Menander—the Bard broke the mold with a cast of royalty, fairies and common working stiffs (the famous “rude mechanicals”) who mix and match, fall out and hook up, with positively dizzying speed.

The fact that the characters’ behavior so closely resembles our own simply clinches the deal.

What audiences may not realize is that among artists there is an informal fraternity/sorority of those who have performed in Midsummer’s; once we’re cast, we proceed to work our own brand of mischief, doing whatever it takes to bring the story alive and get the audience rolling in the aisles. Having trod the boards as Theseus, Cobweb and Robin Starveling myself, I can attest to the special place any production has in the hearts of those who have trod the boards before them.

So in the interests of full disclosure: this critic is a sucker for this show, pure and simple.

Fortunately, my review won’t be a matter of dressing the donkey’s ears on Brave Spirits Theatre’s new production. It is so easy to be charmed by the company’s youth, their many talents (most double as musicians off-stage), and the two-hours’ traffic in the theatre at the Anacostia Arts Center goes by briskly, beautifully, and with more than enough room for the slapstick and dirt-cheap theatrics required.

Director Jessica Aimone has assembled a youthful, inventive cast that is completely at home with Shakespeare’s verse. Like so many young companies Brave Spirits operates on a shoe-string budget; but they make a virtue of necessity by flooding the stage with cascades of colored gauze, streaming throughout the space like the ribbons on a Maypole (you’ll actually walk on it as you take your seat).   Over the course of the show these gauze strips serve a wide variety of purposes, as the cast fills the space and works their magic in front of you and among you. The entire black-box space at Anacostia Arts Center is their playground, and their charm and lack of inhibitions creates a special bond with the audience.

One of the more effective strategies here is to double the casting of key roles, particularly those who rule over the civilian and sylvan worlds. Jacqueline Chenault has to endure the under-written role of the Amazon Queen Hippolita, who is thrust onstage by the Bard without her bow, not even an arrow’s quiver in sight. But once costumed as the Fairy Queen Titania, Chenault rules the stage; her stage partner, Ian Blackwell Rogers, is effective as both the Athenian King Theseus, but also as the Fairy King Oberon.

In the midst of his wedding preparations Theseus is petitioned by a certain Egeus (Joshua D. Brown) to adjudicate another romantic ‘battle royal’ that has developed over his daughter Hermia—played here by the vivacious and charming Renana Fox. Hermia has two suitors, her dad’s favorite Demetrius and her own choice Lysander. When Theseus threatens Hermia (anachronistically) with life in a convent if she doesn’t marry her father’s choice, she flees to the woods with Lysander, followed in close pursuit by Demetrius and Hermia’s BFF, the statuesque Helena, who herself pines for Demetrius (Helena’s height, forsooth, is a requirement for the show). This being mythical Athens and its even more mythical woods, it’s to be expected that the lovers will change partners in a flash, back and forth, which of course they can always blame on fairies. (Yeah, right).

As Puck, Oberon’s mischief-maker-in-chief, Anderson Wells performs with the assurance and comic timing of a more seasoned pro, and when given the chance proves to have a fine voice for singing as well. And it is the music here that has a special charm; Zach Roberts, who plays aspiring thespian Robin Starveling onstage, doubles as composer backstage, and he creates some truly wonderful acoustic passages to accompany and drive the action. A glance at the program will confirm that half the cast, when not before your eyes, are determined to take hold of your ears when behind the curtain.

As a Rude Mechanical myself, it is of course natural that I dedicate some space to this band of misguided anti-heroes, who are dazzled by the prospect of a life in the theatre. In spite of an utter lack of talent, creativity or common sense, they insist on going for broke with the romantic tragedy of Pyramus and Thisbe. Jessica Aimone has ensured that the casting is as improbable as possible. The romantic couple is, of course cross-cast: Bottom the Weaver, here a bold woman, tears a passion to tatters as Pyramus while, tallest, broadest-shouldered man with the deepest voice is of course cast as ‘his’ mate Thisbe, and that’s just the beginning. Kelly Elliott more than carries the show as Bottom, and her ‘romantic’ lead Flute the Bellows-Mender is Willem Krumich, who exhibits some exquisite comic chops himself. (When the time comes for the show, follow the bouncing moustache—‘nuff said).

Washington is blessed to have young, creative, multi-talented emerging companies like Brave Spirits here. As our arts scene continues to expand into under-served communities, expanding audiences as it makes its progress, I have to say that our theatre family has a bright future indeed.