‘A Quick 5’ with Pun Bandhu 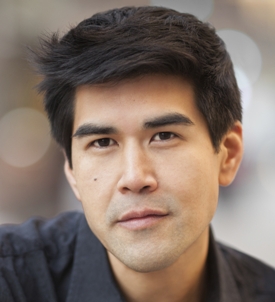 As you can see, Pun’s credits encompass many different genres of entertainment. It’s a Wonderful Life: A Live Radio Play gives you a chance to see Pun and company perform a familiar film live onstage in a way that is a little different and fun rather than just watching the film on TV. Pun Bandhu has worked with some pretty big people so it’s lovely to have him working in our area. This way all of us can see this accomplished actor in action.

What was your first professional acting job out of The Yale School of Drama?

My first job out of school was actually a TV gig, a small recurring role on the soap opera Guiding Light that shot the summer after graduation. It was a great opportunity for me to learn the ins and outs of on-camera acting and the rapid pace required in TV production.

Can you please talk about the approach this production of It’s a Wonderful Life takes to telling the story?

It’s re-imagined as a radio play in a studio in Baltimore in 1946, complete with local radio ads.  Five actors play all the parts with the assistance of a foley (sound effect) artist which provides for great theatricality, fun and virtuosity. I play 13 characters in all, including Clarence the Angel. The world of the radio play becomes more and more real as scripts are tossed aside and we begin to inhabit these characters fully.  We are all aware of how iconic these roles are–Director Nelson Eusebio calls the best remembered moments the “chocolate chips” of the movie, most of which have been preserved in our production, but we were given great freedom to re-interpret these roles in much the same way an actor would interpret a classic script such as a Shakespeare play. I love that we are giving people a completely different experience than the film. Not only because of its heightened theatricality, but because the experience of watching this beautiful, dark and joyful story unfold in a theatre filled with people is a vastly more moving and communal experience than sitting at home and watching it on TV. 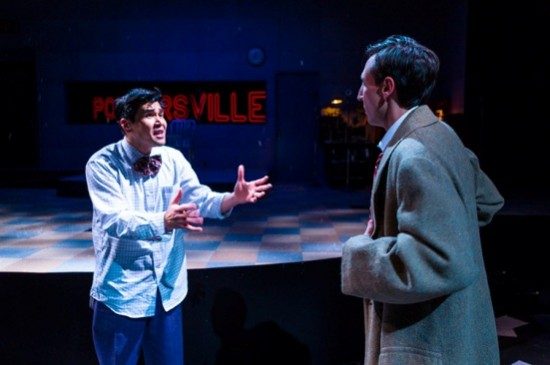 You worked under Joanne Woodward on Big Knife at Williamstown Theatre Festival. What was that experience like for you?

I’m glad you asked me about that! This was years ago–back when I was a non-equity actor and the summer before I was to attend grad school at Yale.  I’ve thought about deleting it from my resume, but it’s too near and dear to my heart because it was my first professional production. It was wonderful on so many levels. I got to work with established stage veterans for the first time. Paul Newman was always around, as was Christopher Reeve since his wife Dana was our lead, two of my heroes. Paul Newman, upon hearing I was entering Yale in the fall, told me about his experiences there and said, “you’re on your way.” As a young actor, that meant the world to me. Joanne, as you can imagine, is an actor’s director, but more than that, she was so gracious and nurturing. She even came to see a show I was in at Yale years later. I’ll never forget the first read thru was a catered dinner at their apartment in New York. Needless to say, it was a great way to begin my professional career!

Seeing as It’s a Wonderful Life is one of the most beloved films for the holidays, what is your favorite holiday film to watch this time of year?

I grew up watching A Christmas Story. The story of a boy misunderstood by his parents and wanting things his parents couldn’t understand resonated with me as the child of two immigrants. It was also a look at an Americana I longed to be a part of.

What is next for you after It’s a Wonderful Life concludes its run?