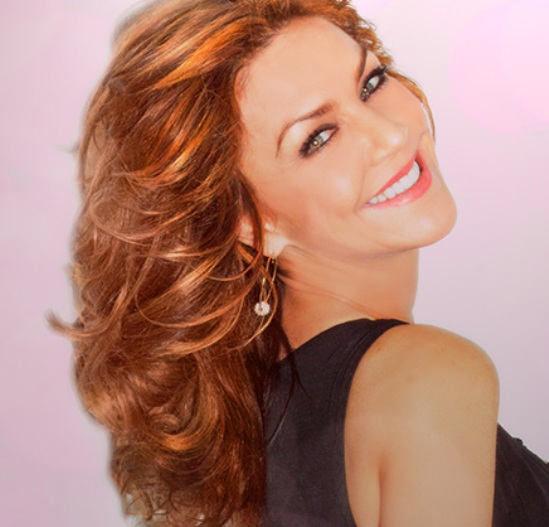 One of the nice things about reviewing is getting to see performers from your childhood. I saw Andrea McArdle in 1977 light up the stage of the Alvin Theatre (now the Neil Simon) in the original production of Annie and back then I thought she was pretty incredible. That was 37 years ago and since Annie Andrea has performed in a number of musicals on Broadway such as Beauty and the Beast and across the country with musicals like Jerry’s Girls. More recently she played Miss Hannigan in a production of Annie in North Carolina.

…if you only remember her from Annie you should go see Andrea McArdle all grown up when she comes to your area.

Her concert in the Terrace Theatre at the Kennedy Center consisted of many of the songs that Andrea has performed over the years onstage. Backed by her musical director Steve Marzullo (taking the night off from his longtime position as one of the keyboardists for Mamma Mia on Broadway) Mcardle came out swinging with “A Lot of Livin to Do” from Bye Bye Birdie followed by “It Might as Well be Spring,” which she performed on Broadway in State Fair.

A few of the other highs of the concert included McArdle’s slightly less belty approach to “Meadowlark” from The Baker’s Wife and a song that was originally performed by one of Andrea’s and mine favorite singing groups “Rainy Days and Mondays,” which as you probably know was made famous by The Carpenters.

Up to now all of the songs suited Mcardle’s girl next door voice and I have to give her credit for trying something different with an Ella Fitzgerald approach to “Santa Claus is Coming to Town,” which is something you don’t think of Andrea Mcardle singing. The catch is that her voice hasn’t changed or matured very much in the past 30 plus years so the Fitzgerald number came off as a little bit awkward rather than the success it could have been with a raspier vocal approach.

After that number things came back on track with “The Trolley Song” and “Have Yourself a Merry Little Christmas” from Meet Me in St. Louis.

You are probably asking “Did she sing ‘Tomorrow’?” Yes she did but in a subtler version than the original, which was a nice change and pairing it with Judy Garland’s “Look for the Silver Lining” made for a good set of musical bookends. Mcardle is no stranger to Garland having played her in a TV movie called Rainbow, so ending the evening with “Over the Rainbow” was very appropriate.

Despite a quality of sameness in McArdle’s vocal interpretations, I did enjoy a lot of her concert and if you only remember her from Annie you should go see Andrea McArdle all grown up when she comes to your area.

Running Time: 60 Minutes with no intermission.

Andrea McArdle was a one night only event on December 5th 2014 at Kennedy Center’s Terrace Theatre as part of Barbara Cook’s Spotlight Series. For future events, click here.