News: Mitchell Plitnick On the firing of Ari Roth from Theater J in DC 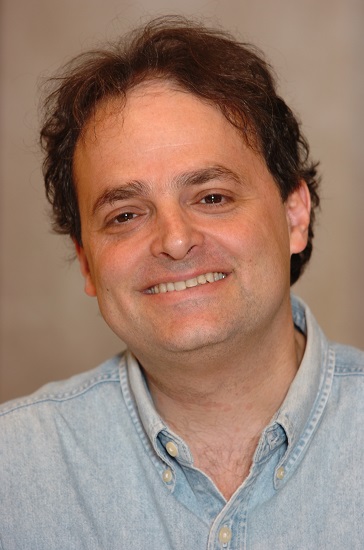 By now, many of you are surely aware of the fact that the Washington, DC Jewish Community Center’s Executive Director fired the artistic director of Theater J, Ari Roth. This has been coming for some time, as Roth has insisted on exercising artistic freedom and bringing quality performances to the Theater J stage, even if those sometimes make some on the JCC board uncomfortable because they don’t jibe with the positions and narrative of Israel.

The JCC’s statements about Roth’s dismissal have been unfortunately spinnish. They first tried to characterize it as a mutually agreeable parting. When that failed, they tried to blame it on Roth having publicly disputed a report back in November that claimed that Theater J had “moved to cancel” a controversial program called “Voices From a Changing Middle East.” In fact, Roth is quite dedicated to that program (so much so, that he will be working to continue it outside of Theater J) and made that clear to the reporter who wrote the story in The Forward about the incident.

It’s all sheer rubbish, and it’s quite obvious that the JCC doesn’t want to explicitly state that they are firing Roth because his program has too often staged performances (usually written by Israeli Jews) that were sympathetic to the Palestinians. It is as plain and simple as that. Roth only held on this long because he has been such a wildly successful artistic director for Theater J and it is highly unlikely the JCC will be able to maintain that success with whomever his replacement is, as that person will, perforce, be far less independent-minded and courageous than Roth. These things actually do matter in theater.

It’s only the latest, tragic episode within the Jewish community, my community. It is a community horribly divided, between a generally older and more Orthodox generation whose numbers are dwindling but who have a great deal of wealth and use that wealth to squelch any debate, or even serious discussion, of Israeli policies, its history, and, certainly, the nature of Zionism; and their children and grandchildren, who are not the donors who pull the strings, but are far more inclined to either have critical but supportive views of Israel, have come to believe that Jewish nationalism is a failed path or have checked out of the Israel issue altogether.

The behavior of the donors and board members, not only the DC JCC, but of boards of Jewish Community Relations Councils, JCCs, synagogues and large, national Jewish organizations all across the United States only betrays the fundamental weakness of their position on Israel. Somewhere in all of their hearts, they know that Israel’s occupation, its discrimination against its own non-Jewish citizens and the growing nationalism that is getting uglier by the day within the Israeli right cannot be defended to most American Jews, let alone to non-Jews. But they cannot wean themselves from their own nationalism, which has, for most or all of their lives, dictated a simple philosophy: “Israel, right or wrong.” So, they move to use their most powerful tool, donations (be they community or political gifts) to demonize, propagandize and, most of all, make serious and sober discussion much more difficult.

It needn’t be this way. An honest assessment of Israel, the Palestinians, the broader Middle East including Iran, and how all of this plays out on the world stage, is not going to lead to a global pogrom or to increased attacks on Israel. No, the record of the past 100 years doesn’t paint Israel in a very good light, and it will have much to answer for. And, yes, that will not be a pleasant process, for Israel or for Jews the world over. But in the end, this sort of bullying resistance to that discussion only makes matters worse. It alienates more and more Jews, it makes the very idea of Zionism look monstrous (which it needn’t be), and turns “pro-Israel” more and more into the province of the ultra-right, a place that, to say the least, has never been very comfortable historically for Jews.

One needn’t like the shows that Ari Roth put on at Theater J. But he was successful at building a very popular small theater in Washington, one that was very much supported by large sectors of the Jewish community. He was fired not because he did his job poorly or because the Theater could be more successful without him. The contrary of both notions is true. He was fired to defend Israel from facing real, democratic, debate about its history and policies. That is a moral travesty. And it is an insult to the many performers who got ovations at Theater J under Ari.

Tony Kushner sums up that point far better than I ever could, so I leave you with his words on the topic, read by the cast and crew of his play “The Intelligent Homosexual’s Guide to Capitalism and Socialism With a Key to the Scriptures” after a performance at Theater J on December 19.