News: Reaction from the Entire Team of Theater J’s ‘The Intelligent Homosexual’s Guide’ to the Firing of Artistic Director Ari Roth 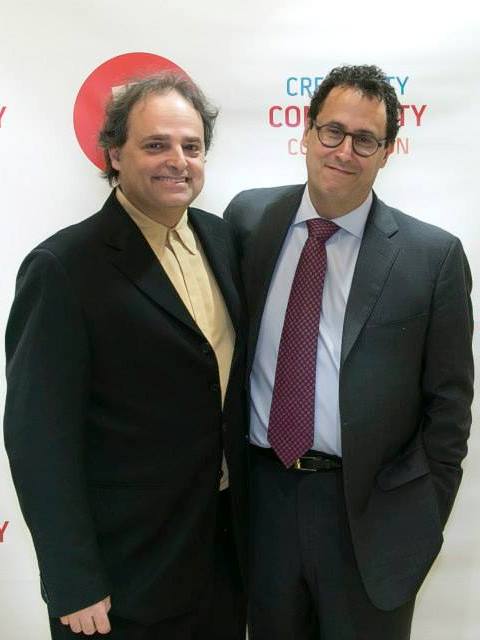 On Thursday Decmber 18th 2014 Artistic Director Ari Roth was abruptly fired after being in the position for eighteen years. On Friday evening December 19th, the following was read at the curtain  call of Theater J’s current production of  Tony Kushner’s  The Intelligent Homosexual’s Guide to Capitalism and Socialism with a Key to the Scriptures.

A Statement from Tony Kushner on behalf  of the Director, Cast, Crew and Author of The Intelligent Homosexual’s Guide.

We know it’s been a long evening of theater, but we’d like to take one more moment of your time. We wouldn’t be standing here tonight without the hard work and fierce dedication of our friend and colleague, the artistic director of Theater J, Ari Roth. Yesterday, Ari was fired by the CEO of the Washington, D.C. Jewish Community Center in consultation with the Executive Committee of the Board of Trustee of this Center. This decision is of grave concern to theater artists and audiences alike.

Actor Lou Liberatore reads:
Ari wasn’t fired, as the Executive Committee has claimed, because of “insubordination.” That’s a preposterous and cowardly whitewashing of the truth. Ari was fired because he believes that a theater company with a mission to explore Jewish themes and issues cannot acquiesce to demands for an uncritical acceptance of the positions of the Israeli government regarding the Palestinian-Israeli conflict, or to an insistence on silence. Ari was fired because he refused to surrender to censorship; he was fired because he believes that freedom of speech and freedom of expression are both American values and Jewish values.

Actress Susan Rome reads:
“The Intelligent Homosexual’s Guide” has 3 more performances. We can’t continue without expressing our shock and dismay at this violation of principles we cherish.
Theater artists and administrators across the country are already speaking out in protest. We join them, and we hope you’ll join us. We call on the full Board of the DCJCC to renounce the action its Executive Committee has taken, and by renouncing it, demonstrate its support for theater that engages with contemporary reality in all its complexity, free of the fear of censors.
Thanks for listening, thanks for being a great audience — and Ari, thanks for everything – shabbat shalom, Godspeed and good night.