News: An Interview with Grasan Kingsberry 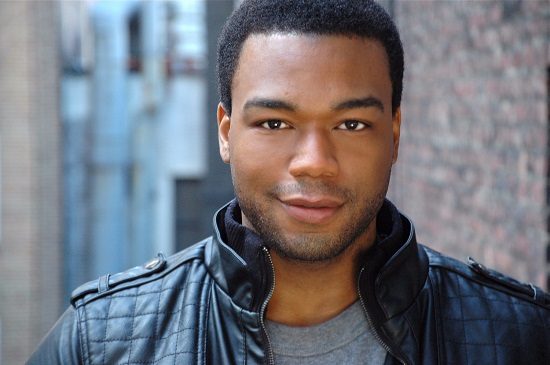 One Night in Miami, written by Kemp Powers, will be opening at Center Stage on January 14.  It offers a fictional account of what may have happened in a tiny Miami hotel room on February 25, 1964, the night 22 year-old Cassius Clay had just won the world heavyweight boxing title. Instead of hitting the town, Clay chooses to celebrate in that hotel room with three close friends: activist Malcolm X, singer Sam Cooke, and football star Jim Brown.

Acting and singing the role of Sam Cooke is Grasan Kingsberry, a Julliard-trained performer. His Broadway credits ­­­­include Motown the Musical, Nice Work If You Can Get It, Leap of Faith, On a Clear Day … Forever, Catch Me If You Can, Finian’s Rainbow, The Color Purple, Dirty Rotten Scoundrels and Aida. Grasan has performed with the national tours of The Color Purple and Dreamgirls. His TV credits include Smash and All My Children.  He is also openly gay.

Grasan was kind enough to be interviewed for MD Theatre Guide in advance of the play’s opening.

Steve Charing: Those are big shoes to fill in playing the iconic soul singer-songwriter Sam Cooke.  How did you prepare for such a role?

Grasan Kingsberry:  Indeed! Yes, Sam is quite an iconic role.  Interestingly enough, and prior to this show, I played another iconic singer-songwriter, Smokey Robinson, in Motown The Musical, so I had an idea of how I was going to approach learning this character.  I did a lot of studying through listening to his music, reading biographies, watching YouTube clips of his interviews and live performances.

I take all of that information, treat it as ingredients, and pour it into the pot of “Sam” so that it doesn’t become an impersonation of me mimicking the character, but embodying the essence of who Sam is in private and amongst his three friends.

SC: One of Cooke’s songs, “A Change is Gonna Come,” written in 1964, was inspired by Cooke’s experience when he and his entourage were turned away from a whites-only motel in Louisiana.  It became an anthem for the civil rights movement.  Does this song factor into One Night in Miami?

GK:  As a matter of fact, it does.  Without giving any details away about the show, I will say this song is incorporated into the play.

SC:  What message should audiences take away from One Night in Miami?

GK: By the end of the play I want the audience to feel that these four iconic men have learned something deeper about one another, that they’ve opened up in a different way and shared parts of themselves that none of them knew or were aware of.  Thusly, because this takes place in a private hotel room, I want the audience to learn something about these men that differs from the persona they may know of. 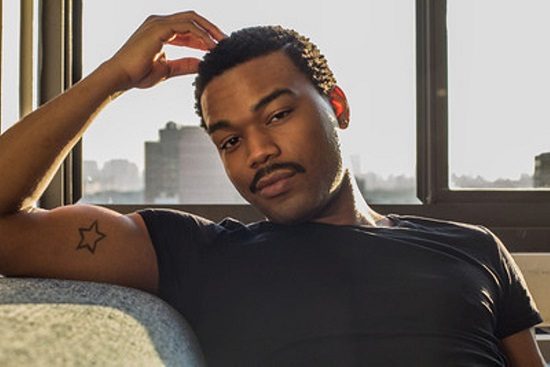 SC: Has working with Kwame Kwei-Armah differed from other directors you’ve experienced?

GK:  Oh absolutely! First of all, Kwame has a plethora of stories that could fill an encyclopedia! The energy in the rehearsal room is a supportive and a fun environment, which allows us to be even freer.  I mean we play ping-pong during our 10 minute breaks!

What I love about the process of working with Kwame is his openness to having discussions and hearing out our ideas and personal perspectives. I also appreciate his ability to find new ways of discovering and uncovering the truths about these men through what the text implies and often taking it even further with subtext, which makes for great theater.

SC: With an extensive background in theatre is there any particular play or musical that you worked in have a special meaning to you personally?

GK: When I did The Color Purple, on Broadway, I did not realize the impact this show would have on my personal life. First of all, meeting Oprah Winfrey was something I never imagined would have happened, even down to the way it happened.  Then performing on her television show as one of her special guests was an absolute treat!

Beyond that, the lyrics, the story, the message, the experience of The Color Purple spoke to me spiritually.  One of the lyrics “God is inside you, and everyone else that was or ever will be…but only them who look inside find it,” for instance, expanded my awareness and paradigm of what I believed, and was taught, that God is.  It was a gift that kept on giving because I got something profound from doing the show every single night, and the audience received the gift as well.

SC: You appeared in the TV series Smash about the behind-the-scenes drama and back-biting in producing a new Broadway musical.  Was there any resemblance to actual  theatre in your experience or was that simply crafted for entertainment purposes?

GK: A little bit of both.  I think there are implications of some truths, but a lot of it was stretched made-for-television to be “juicy” and dramatic.  But showbiz is exactly that, a business, and it can be very fickle and politics are involved.

SC: You’re an actor, musician, singer and dancer.  Which appeals to you most and why?

GK: Depends on the day. I studied them all at performing arts high school in Charlotte, NC. So, I would say music has always been, and will always be, the link for me for all disciplines. But it’s nice to be able to express myself through various artistic ways.

SC:  Coming out as gay at the age of 15 in Charlotte must have been challenging.

GK: I was fortunate enough to come from a supportive household and parents, but that doesn’t mean I didn’t have my share of issues. I was picked on in middle and junior high school for being “different” and liking dance and theater.  But my combat to my bullies was that I also was an excellent athlete.

I went to a youth group for LGBT that met once a week and it allowed me an outlet to be amongst kids like me who were going through what I was going through. We had discussions, counselors, and social gatherings which helped my process as a young teenager dealing with questions of sexuality.

SC: Because of your experience in basketball and track and field, you have a perspective on how difficult it is for an openly gay athlete to come out.  What advice could you offer a closeted athlete?

GK: My personal take on the issue is that sexuality should not be a hindrance or deterrent to one’s ability to perform in any given field. The problem with American sports is that there’s a stigma of what athletes should be or look like, which is hyper-masculinity.  I don’t have a recommendation as to how or when someone decides to come out, but what I can say is there is a community of support that is available and growing.

SC: With marriage equality gaining momentum, what do you see as the single most important issue facing the LGBT community?

GK: Well I think, too, there is a stigma attached to what gay is.  We are progressively making headway with changing our public perspectives to disassociating negative thoughts, feelings, or wrongfulness to homosexuality.  But even within the gay community, we can be very discriminating and judgmental.  So, collectively, we must understand and accept that what it all comes down to is love, and at the end of the day, we all want the same thing: to love, and to be loved.

With that being said, it is great to have state recognition of marriage equality.  I’d like to see that happen on the federal level so that everyone is protected.  I’ve had a couple of friends who’d been together for 10 plus years.  One of their partners was hospitalized, but because some states don’t recognize same-sex marriage, my friend wasn’t allowed to stay in the hospital room with his partner because of the law. So, change is necessary and inevitable.

For more information about Grasan Kingsberry, visit grasan-kingsberry.com.  For tickets to One Night in Miami, visit centerstage.org or call 410-332-0033.