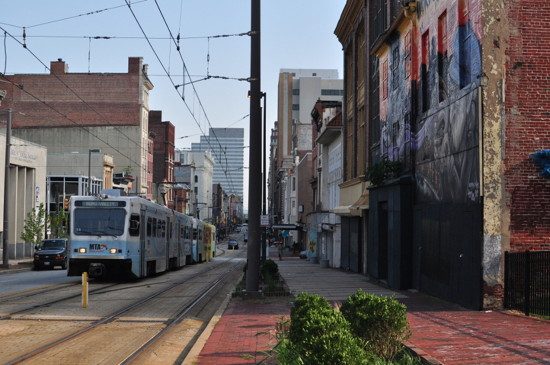 There’s a rumbling among the arts community in Baltimore:

“A theatre thing of some sorts is in the works on Howard street that a bunch of people are involved in that will be huge and will include, like, studios or a cafe or a bookstore and a bunch of theatres or something and I think it will be opening next month or next year or in five years and it’s called, uh, actually I don’t know what it’s called.”

Yep, that’s about what the buzz has been sounding like. EMP Collective, Annex Theater, and Psychic Readings have joined together alongside Acme Corporation, Stillpointe Theatre Initiative, and Movement Research Baltimore, among others, in an effort to create a community-driven, artist-owned arts incubator and three experimental performance venues.

Now, as the ambitious project forms and develops on Howard Street, the Le Mondo initiative is looking for input and help from the public.Le Mondo is organizing a walk-through and open charrette on January 31st so community members can see the spaces, hear some of the plans, give feedback, and do some Q&A. Before the initiative decides on some of the more critical details about the project, they want to hear from the larger public first and build this project together, designing the project as a response to the demands and desires of the whole.

This community meeting is open to everyone and Le Mondo is advocating freely spreading the word to anyone who might be interested in attending. The charrette will be hosted by Ric Royer (Psychic Readings), Evan Moritz (Annex Theater), and Carly J. Bales (EMP Collective), leaders of the Le Mondo initiative and project.Please RSVP to this email or to ricroyer@gmail.com to confirm attendance.