Theatre Review: ‘The Illusionists–Witness the Impossible’ at Kennedy Center 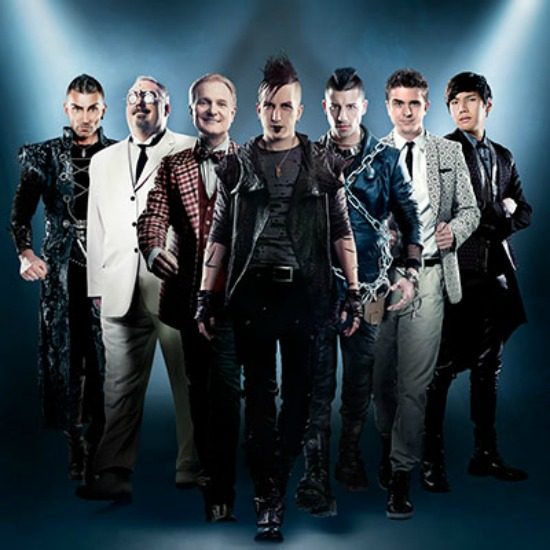 “What the eyes see and the ears hear, the mind believes.” —Harry Houdini

And if that is true, then there is a lot to believe in a barrage of sight and sound that comprises The Illusionists–Witness the Impossible, a slick multimedia package of assorted magicians plying their tradecraft in a Kennedy Center midwinter offering.

Though there are a lot of moving parts, the concept is simple—take different slices of magic and illusion by gathering together 7 representatives of their profession, slickly packaged with a rockin’ onstage band and laser light show. Anyone recall TV’s 1990s American Gladiators? Cool but kitschy at the same time.

Illusionists is fresh off a brief holiday run on Broadway and is now taking it on the road—as in the great magic/circus tradition, they are bringing the show to us. The creative masterminds–Simon Painter and Tim Lawson, with MagicSpace Entertainment, and show Director Jim Millan–have put together a fast moving spectacle that offers up an eye-catching, if not ground-breaking buffet of magic.

Adding to the aura of their archetypal magic, each of the talent has their own handle. Onstage first is smooth entertainer and funnyman Adam Trent, (the futurist) who provided the all important crowd warm-up and gave us the “how did I appear in the audience unnoticed” trick.

Jeff Hobson (the trickster) a sleight of hand master and Liberace wannabe, was charmingly offbeat and made the most connection to the audience. His comment “my act is half magic and half comedy. What’s not funny—that’s the magic part” was very ontarget. Great repartee with the audience member pulled onstage for the famous hidden egg trick as he milked her stunned reactions. The added audience bonus was returning her wristwatch that was purloined during the trick.

…a slick multimedia package of assorted magicians plying their tradecraft…

Other acts were hit and miss. Kevin James (the inventor) has a background in innovative magic, yet was more hype then delivery. We enjoyed his making a piece of paper dance on a little girl’s arm, but later his chainsaw and reattachment of an assistant was done with a too slick back beat and constant movement and angles. Less of a wow factor in our CGI age.

Then there was the Dan Sperry, (the anti-conjurer). Wildly adorned with tattoos, a partly shaved head and long hair jutting like crazed spirals, he presented goth counterculture, kind of a Road Warrior of K Street. Shock factor aside, he was quite personable as he playfully toyed with an audience volunteer in the paper bag broken bottle “Russian Roulette” game. Later, an act with disappearing birds and handkerchiefs showed off his sleight of hand, but it’s been done before. More nice than wow.

The one true act of physical spectacle was the famous water escape made immortalized by Harry Houdini.  Andrew Basso (the escapologist) performs the stunt in full view while handcuffed and, as he says, escapes by unlocking the key locks with a bobby pin and dislocating his ankles. Hmm. As HH himself said: “The easiest way to attract a crowd is to let it be known that at a given time and a given place someone is going to attempt something that in the event of failure will mean sudden death.” It was fun, but didn’t feel very dangerous.

Finally, there is Yu-Ho-Jin (the manipulator) who is an amazingly dexterous purveyor of sleight of hand. Though only seen from the camera lens, his skill was astonishing and mesmerizing, one of the times that true wonder broke out.

Our futurist—Adam Trent—gave us a taste of the future of magic in an interactive light show bringing him in and out of the virtual reality and adding nice misdirection, having him end up completely away from the show.  Fine work by Darrel Maloney for this brief visual masterpiece.

The audience was not the usual Kennedy Center crowd, composed of millennials, some families and, I conjure, people who have caught the show’s NY buzz.  The fine tradition of the presentation of magic—from the circus sideshow, to amazing feats of strength, to disappearing acts—is all founded in the element of wonder. The Illusionists let us enjoy some of that. But right after the holidays, I didn’t need all the packaging.