‘A Quick 5’ with John Boulanger 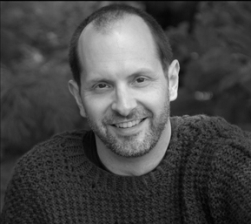 John Boulanger is currently in rehearsals for The Secret Garden at The Theatre Lab School of the Dramatic Arts where he will be performing the role of Archibald Craven. The production opens on April 9th. This is not John’s first time performing at Theatre Lab. He was previously seen in their production of Jane Eyre in the role of Rochester. John’s past performance credits include The Secret Garden and Sweeney Todd  for The Arlington Players, The Fantasticks for Tantallon Players and three separate productions of A Little Night Music at Signature Theatre, The Other Opera Company and American University.

While John loves performing in musical theatre productions, his main singing gig is opera. He has performed in 45 plus productions as part of the chorus for Washington National Opera while performing lead and featured roles for Washington Savoyards, Riverbend Opera Company and The Forgotten Opera  Company. John has been heard as soloist, cantor and chorister at the Basilica of the National Shrine of the Immaculate Conception, Saint Matthew’s Cathedral in Washington, and St. John the Beloved in McLean, Virginia. He holds a Bachelor of Music degree in vocal performance from the University of Texas at Austin.

Many performers need a day gig for steady income between performing jobs. John’s day gig is working at the Supreme Court, which is as far removed from the arts as you can get. For more on this, read on.

As I ask in one of my questions, why would a professional performer come to work at a performing arts school? You can read John’s answer below but I think it’s quite obvious. The Theatre Lab School of the Dramatic Arts is a place where professionals have always come to share their craft with the students. As I have said in print on many occasions, in my opinion, it is the best area arts in education institution you are going to find.

I saw John in Jane Eyre and remember his performance fondly. It was actually my first time seeing anything at Theatre Lab. That’s what I call some introduction, John Boulanger and a pint size dynamo who happens to also write for MDTG named Tina Ghandchilar. How can you go wrong? I urge you all to support Theatre Lab’s latest production and to check out John’s work. His performance is one I’m sure you will be talking about for a while and that is a good thing. When a professional performer can share his craft with others, it’s even better.

For as long as I can remember I have listened to classical music. As the youngest of three kids I got to hear my two sisters practicing the pieces they learned in their piano lessons, so from the earliest age I was listening to a variety of music. I took lessons for a couple of years, and though I enjoyed playing I didn’t want to practice. My parents and our piano teacher wisely didn’t push me, and so when I became interested in singing in high school and then majored in voice in college, the love of it was still there, with no painful memories of enforced practicing. Our parents had a modest collection of LPs—mostly classical greatest hits like Gershwin’s “Rhapsody in Blue”, Ravel’s “Bolero”, and Tchaikovsky’s “1812 Overture”—but my mother also listened to popular music on AM radio in the car and at home. She had lots of 45rpm records of hits from the ‘50s, to which I added some from the ‘70s like “American Pie” (I should check if that one is worth something), “Bad, Bad Leroy Brown,” and a couple of post-Sonny singles from Cher. Though I saw a college performance of Madama Butterfly while in the second grade, it didn’t make much of an impression other than the pretty lights and scenery. Sonny and Cher actually played a bigger part in my becoming interested in musical theatre and by extension, opera, through the extended musical skits they sometimes included in their series. This was the first time I had seen a story told almost exclusively through music, and I was captivated by the idea. Around this time my sister got a recording of Jesus Christ Superstar, which the whole family listened to together, sitting perfectly quiet in the living room; I was blown away. When I first listened to an opera—Maria Callas’ recording of Carmen—it just seemed like more of the same powerful story-telling. So I like many different styles of music, whether on the radio (or iPod), in the concert hall, or in the theatre. As Duke Ellington said, “There are two kinds of music. Good music, and the other kind.”

How did you first come to Theatre Lab?

I first worked with Buzz in Kurt Weill’s “Lady in the Dark” with The American Century Theater in 1998, and watched with interest as he and Deb got Theatre Lab started. Then I took part in the first “Bard-a-Thon” fund-raiser in 2001, in addition to seeing various performances that friends were in over the years. Ragtime and Fiddler on the Roof are vivid memories. In 2009 Buzz contacted me about playing the role of Rochester in Jane Eyre. 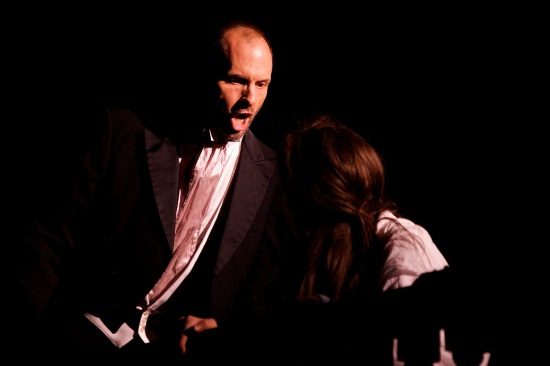 We are life-long students—or at least we should be. Every “gig” is a learning experience, whether you’re doing a role for the first time or your 200th time. Each production is different, and you learn new things about your character from the way different actors in the other roles interact with you. Maybe the biggest reason to do a class and/or a show at Theatre Lab, or to have a coaching with Buzz, Deb, or one of the other faculty members, is that because it’s a learning environment, we can give ourselves permission (to quote a teacher of Buzz and Deb) to take risks and try things we might be afraid to try or not have the time to explore in a professional gig. They will let you know whether or not it worked! More importantly, they’ll tell you why (or why not), and help you build the skills to do that on your own out in the “real world.” It’s the most supportive and nurturing environment imaginable.

By day you work for the U.S. Supreme Court. Can you please tell us something about your job?

I work in the IT department, helping Court employees use computer technology. It can be anything from printer jams to complicated Excel formulas to posting the cafeteria menu online. There’s a great feeling of satisfaction when you can teach someone a new skill that makes their job a little bit easier. And there are times when a bit of acting skill comes in handy.

What performing jobs do you have lined up after The Secret Garden?

I am working with a theatre on a new work that we hope to première later this year. Since various details such as grant proposals, corporate funding, and the venue are still being worked out, I’m afraid I can’t give any specifics. But I will say that this process provides me as a performer the rare opportunity to work directly with the creative team on the book/lyrics and music. Usually I’m involved with a work that has existed previously, and was perhaps tailored to the strengths of a particular performer. It’s exciting to have some input into the finished product.