‘A Quick 5’ with Kerry Warren 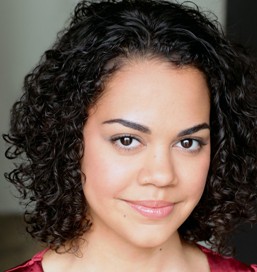 Kerry Warren is currently  making her Arena Stage debut in The Originalist as Cat, the feisty, strong willed law clerk to Supreme Court Justice Antonin Scalia. Kerry recently closed The River on Broadway with Hugh Jackman as an understudy for The Woman. Her New York credits include Good Grief at Intar (Jessica), Black Hoodie (Carri) ESPA/Primary Stages Reading Series and Much Ado About Nothing (Hero) and the Mobile Unit at The Public directed by Kwame Kwei-Armah where her cast brought Shakespeare to all five boroughs including prisons, shelters, community centers and the Public Theater. Regionally, she has performed at CenterStage in Vanya and Sonia and Masha and Spike (Cassandra) and Macbeth (Witch/Lady MacDuff/Gentlewoman) for Shakespeare at the Manor on Shelter Island. She is a recent graduate of the Juilliard School (Group 42) and was awarded the President Joseph W. Polisi Prize for ‘Artist as Citizen’.

Here is an actress that has to hold her own against the force of nature in DC theatre known as Edward Gero. Kerry has no trouble being Gero’s nightly sparring partner in The Originalist. Trust me, this show will grip you from beginning to end.

Good theatre sparks good discussion. In this play we have Kerry’s character of Cat representing the younger liberal approach to things versus the old school thinking of Gero’s Scalia. It doesn’t matter what you believe politically or what side of the aisle you fall on because after seeing The Origianlist at Arena Stage, you will agree unanimously that Kerry Warren’s performance is something to watch. The show has just extended through May 3rd so now you even have more of a chance to catch Kerry’s fine work. Court adjourned!!

Cat (my character in the play) would answer that she went into law for her father. I would say I started to perform for my mother. When I was younger and my family was stationed at various Air Force Bases, my mother would take me to talent shows to sing and perform. She had a mother’s intuition and always knew I was going to be involved in the performing arts. My mother is similar to Cat’s father – she “has never stopped believing in me.” My whole family. Their support keeps me grinding.

Can you please tell us something about the character you play in The Originalist?

Two words: flaming liberal. Cat is a young fearless Harvard law graduate who lives to push boundaries. She’s a truth seeker with a deep sense of curiosity and a dream of a political middle. She targets the “law and order conservative” Justice Scalia with the hope of learning about monsters and influencing their decisions. 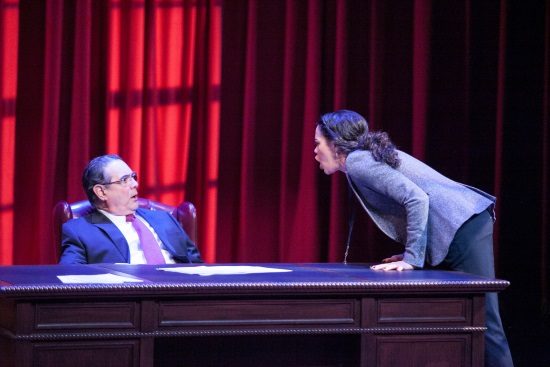 What is the biggest difference for a performer between working in NY and working here in the DC area?

I was surprised to hear that the metro isn’t 24 hours in D.C. Actors work at night and we do most of our networking after a show. It’s hard to do that when you’re afraid of missing the last train. But I will say that theater in D.C. for the young folks is cheap and accessible. I got to see shows at Arena, Studio, Woolly Mammoth and Shakespeare Theater Company and not break the bank. I spent less on those tickets combined then a balcony seat for a Broadway show. I love Arena’s pay-your-age program. I also love that the community really comes out to see theater. It’s your neighbors instead of a mass of tourists. That’s where the dialogue can begin.

Was there anything about Scalia that you were surprised to find out as you started work on The Originalist?

Of course I was intrigued by his relationship with Justice Ruth Bader Ginsburg. I was lucky enough to see both of them live at an evening lecture with Nina Totenberg last month. I sat between playwright John Strand and Edward Gero, who plays Justice Scalia. It was a surreal moment in my life as an actress to witness. He is definitely “a showman at heart.”

Where do you go/what comes next for you after The Originalist concludes its run?

I will head home to my humble abode in Clinton Hill, Brooklyn. I also want to travel now that I have a break coming up. I think it’s important to get out there and gather some life experience.