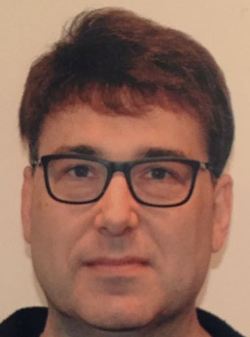 I have been following Darren’s career for a long time and have seen him musical direct a bunch of productions. Two that come to mind are a delightful satire of C (not B) horror movies called Zombie Prom which played Off-Broadway. It had a great cast and a lively score by Dempsey and Rowe whose work some of you might know if you saw The Witches of Eastwick or Brother Russia at Signature Theatre. Read on to see why this show didn’t last as long as it should have. The second was a musical about mentally challenged adults called Off-Key which played in NJ at George Street Playhouse. The score was by Richard Adler (Damn Yankees/Pajama Game) and featured Darren on piano with two other musicians. That was one musical that I felt should have gone further but I felt the same way about Legs Diamond so don’t go by me.

Now I tend to remember Darren for the lesser known musicals because that’s just me, but the range of musicals he has worked on is staggering. Everything from Cabaret to Company to Little Shop of Horrors to Sugar gives you an idea of  how versatile Darren is as a musician and as a MD. It takes a certain kind of musician to be able to work on all kinds of musicals and Darren certainly is that person. It doesn’t matter if it’s a rock show like Next to Normal or a classic like Carousel or a new work like Arthur- the Musical because with Darren R. Cohen leading the band or orchestra, the end result will be the same. I’m sure Murder Ballad at Studio Theatre won’t be any different.

Were you interested in music as a kid and how did you get into it professionally?

I was definitely interested in music as a child, but was not aware how much until…  at the age of 5, I was given a plastic one-octave toy piano as a present.  The very next day, my mother walked by and heard me playing songs from the radio.  She soon realized that I was playing by ear, and she asked if I wanted to take piano lessons.  I had no clue what that meant, but I said, “sure.”  I have never stopped playing since.  I studied at the Eastman School of Music and in the summers, I was hired as a musical director at a summer stock company.  I was bitten by the bug and there was no turning back.  I finished up at Eastman and graduated, but I knew that musical theatre was the route I was going to take and that all the connections I had made during the summers, would help me get started, and they did. The day after graduation, I moved to NYC to begin.

How do you best describe the score of Murder Ballad and can you also tell us a little bit about the show itself?

The score of Murder Ballad is a strong mix of pop/rock, with a musical theatre sensibility.  The lyrics must be heard and a story must be told.  It is a sung-through musical from beginning to end.  Many of the songs are conversational, not unlike a recitative, and many are beautiful pop ballads are not unlike that of an aria – all within a pop/rock setting.  This format is very common nowadays, most recently with shows like Spring Awakening and Next To Normal.

The show itself in its basic form is a love triangle, which is probably the most common theme in any musical, except in this story, the consequences are more damaging and unexpected.  The show is very sexual, raw, visceral, edgy, and painfully human with a few twists and turns.  That’s all I can tell you. 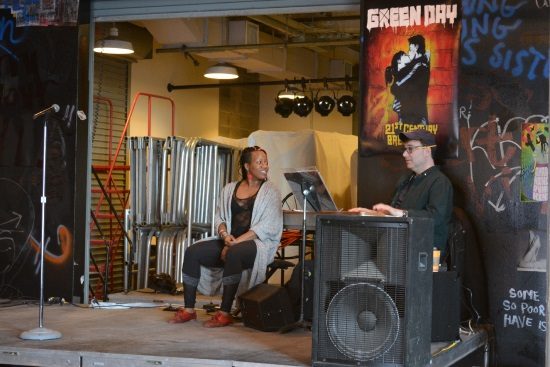 You were musical director for a show called Zombie Prom which I personally had lots of fun at. What do you remember about that show and can you please explain why the decision was made to have all of the musicians except yourself in the basement of the theatre when there was an orchestra pit already there?

Ah, yes.  Zombie Prom.  It was a blast to work on and it definitely closed way too soon.  We were all young and extremely enthusiastic and nothing was going to stop us.  The cast had great determination and we were going to bring back the Off- Broadway Musical in the way we hadn’t seen since Little Shop of Horrors..…and then this little show downtown called RENT opened (before it transferred to B’way) and nothing else mattered anymore.  I still keep in touch with most of the gang and every few years we do get together to catch up and reminisce.  The night before we opened I remember thinking we could open companies of Zombie Prom all over the country and I’ll be the music supervisor for all of them and I’ll be rich.

Why was the band (except for me) in the basement?  Good question.  I wasn’t even made aware of it until we moved into the theatre.  Suddenly, there was no room.   If I recall correctly, the set kept growing until it became too problematic to use the pit, which by the way, wasn’t very deep.  So, the decision was to put me in the front row to conduct the cast, and have a camera on me for the band to see me through a tv monitor in the basement.

What are some of your favorite productions that you have been associated with?

There are so many all for many different reasons.  Sometimes it’s the cast, and not necessarily the show.  Sometimes it’s the theatre, and the show, but not necessarily the cast.  When all the elements do come together at the same time…that’s called magic.   Two that come to mind are Follies and Sweeney Todd:  Incredible material with incredible casts at an incredible theatre.  The icing on the cake, Mr. Sondheim attending both productions.

To be perfectly honest, I have fallen in love with being here in Washington, DC, and I’m loving this show and loving this cast at this great theatre.

What is next for you after Murder Ballad closes?

Immediately after Murder Ballad, I am off to Barrington Stage Company to music direct/conduct Man of La Mancha, starring Jeff McCarthy, Ed Dixon and Meg Bussert. Please visit my website for more info.