‘A Quick 5’ with Jenny McConnell Frederick 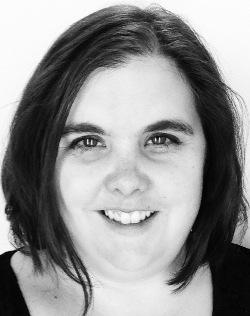 Jenny McConnell Frederick is one of DC theatre’s busiest and passionate artists. She currently is the director of Theater J’s world premiere comedy G-d’s Honest Truth. She previously directed the play’s workshop in 2013. She is the co-Artistic Director of Rorschach Theatre, which she founded in the summer of 1999 with Randy Baker. For Rorschach, Jenny has directed the Helen Hayes Nominated Voices Underwater and God of Vengeance as well as Dead City, This Storm is What We Call Progress, Rough Magic, The Arabian Night, The Scarlet Letter, Master and Margarita, A Clearing in the Woods, The Illusion and the sold-out run of Neil Gaiman’s Neverwhere. She also serves as Director of Performing Arts at CulturalDC and Artistic Director of the Source Festival. Part of her job is to oversee the Mead Theatre Lab and Flashpoint Gallery Programs. As if this weren’t enough for one person, Jenny is a member of the Helen Hayes Awards Board of Governors, Young Playwrights Theatre Artistic Company and the Hub Theatre Advisory Board.

Some of you might remember what the area around 14th street and Source Theatre use to be like. The building where Source Theatre is was going to become a pool hall until Cultural DC saved it after a community uproar. It now houses multiple theatre companies including Constellation Theatre Company and Washington Improv Theatre.

To say that Jenny’s passion for the arts here in DC is unwavering is a huge understatement. Looking at her credits, she has accomplished many things with Cultural DC while running Rorschach Theatre while also being a wife and mother. It takes a certain kind of person to be able to juggle all of that. I urge you all to check out Jenny’s work on G-d’s Honest Truth at Theater J. You’ll have a good laugh at my tribe’s expense. Also please remember to support all of Jenny’s efforts with Cultural DC. The Source Festival which happens every June is only one of the many programs that Jenny and her staff have in store for you. Of course, don’t forget about the great work that Rorschach Theatre presents every season. Jenny McConnell Frederick is a woman of incredible passion and talent and someone who makes working in and covering this theatre community a lovely experience. BRAVA!! Jenny!!

What was your first professional directing job?

My first professional directing job was God of Vengance–a co-production with Theater J and Rorschach in February of 2000.  We transformed the 16th street lobby into a turn-of-the-century brothel and garnered Rorschach’s 1st Helen Hayes nomination.

Can you please tell us a little bit about G-d’s Honest Truth and what was it about the script that made you say yes to directing it?

G-d’ Honest Tryth is inspired by the true story of Menachem Youlus, a Rabbi based in Maryland and convicted of fraud for selling Torahs with fictional origin stories.

I was drawn to this play because of the wonderful dichotomy playwright Renee Calarco captures between comedy and empathy.  The inciting incident of this story is a very serious one–one that brought strife to number of people.  And yet, Renee finds a way to tell this story with heart and kindness and humor.  I love the challenge of finding that balance. 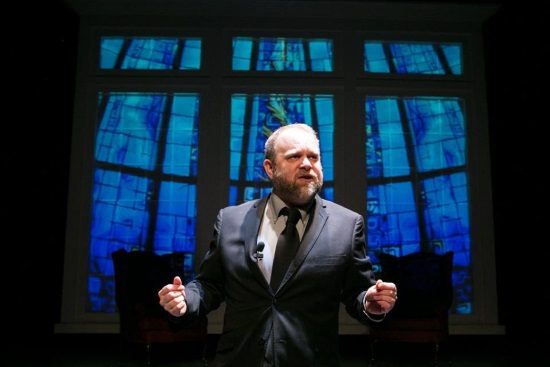 You are the Director of Artistic Programs for Cultural DC who among other things produces the Source Festival. What else would you like us to know about Cultural DC?

CulturalDC is an amazing company that does so much more than most people know–artist housing and workspace development, spacefinderdc.org, consulting, public art, visual art, venue management and all with a staff of less than ten.  Source Festival is now in its Eighth Season.  It’s grown and flourished so much in the last few years.  In five years we’ve had three plays nominated for the American Theatre Critics Associate Steinberg Award.  It’s fantastic to see this Festival getting recognition on a national scale while still holding true to many of the ideals of its predecessor Source Theatre Company’s Washington Theatre Festival.

You are also the Artistic Director for Rorschach Theatre Company. Can you please give us a little Rorschach history and then tell us how you balance all of your jobs with your family life?

I founded Rorschach in July 1999 with Randy Baker and some other friends.  Our very first home was here at Theater J where we produced our first production, The Hairy Ape with both audience and actors on the stage in the Goldman.  Interestingly, we are returning to those roots right now with Very Still & Hard to See by Steve Yockey at the Atlas.  Audience members will find themselves on stage just inches from the action in the Lang Theatre.

How do I balance it all?  I balance it the same way my husband and every working parent does–some days I do it with grace and some days with chaos.  I love fiercely my career and my kid.  Ensuring that they both thrive means constantly evaluating options, making hard choices, scheduling, rescheduling, adapting and prioritizing things that are impossible to prioritize between.  There’s no simple answer to that question.

What are your next few directing projects?

Next up, I’m Artistic Directing Source Festival which includes three fantastic new plays: (a love story) by Kelly Lusk, Blue Straggler by Rebecca Bossen and The Word and the Wasteland by Tim Guillot. Over the summer and fall, I’m directing an original devised project for Rorschach based on the Canadian web comic  A Softer World.