‘A Quick 5’ with Brynn Tucker 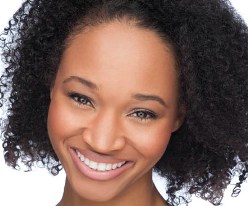 Brynn Tucker is currently making her Folger Theatre debut as Ophelia in Rosencrantz and Guildenstern are Dead. She has performed on many area stages including Ford’s Theatre: Our Town and The Widow Lincoln; Forum Theatre: Pluto and The Illusion (MD Theater Guide Readers’ Choice Award, Outstanding Supporting Actress); Imagination Stage: Lyle the Crocodile; Constellation Theatre: Arms and the Man;  Theatre Alliance: Reals and Capital Fringe Festival: A Guide to Dancing N—ed (Capital Fringe Best in Fringe Award, Best Dance/Physical Theater). As a company member of Synetic Theater her many performances included The Three Musketeers, Genesis Reboot, Othello and King Arthur.  Regionally Brynn performed at North Carolina Shakespeare: A Midsummer Night’s Dream and Georgia Shakespeare: As You like It. You might have also seen her on the big screen in the film Bird Call.

Here is a young lady who was working constantly in and around DC. So what does she do? Decides to leave town. Now some would say this is a bad move for a performer but even though Brynn is now a resident of Denver, Colorado, she is still very much in demand here in the DC area. That is a good thing. Brynn’s very youthful appearance, million dollar smile and endless “off the chain” energy is totally infectious. To say that Brynn has total versatility as a performer would be about as accurate a description as you are going to get of her talent. She can play everything from classic to contemporary and lights up any stage she graces. I urge you all to check out Brynn Tucker in Rosencrantz and Guildenstern are Dead at Folger Theatre before she returns to the mountains of Denver, Colorado. With all of that talent onstage, you have no excuse to miss it.

Were you familiar with the work of Tom Stoppard before starting rehearsals for Rosencrantz and Guildenstern Are Dead?

I’ve always seen scenes from Rosencrantz and Guildenstern are Dead in school or directing classes but never an entire production myself. I’m a big fan of Samuel Beckett’s Waiting for Gadot, so I was very interested in the premise of this play as well. Before rehearsals I read the play and was able to see the film adaptation Tom Stoppard wrote and directed.

Can you please tell us something about the character you play in Rosencrantz and Guildenstern Are Dead?

I am playing the role of Ophelia in this play. I auditioned with her monologues and even though we are only doing snippets of Hamlet in the show I really want to do a full production of it! She is such a fascinating character to me. She has been manipulated by so many people in this story and forced to be a pawn by those who outrank her against someone she really cares for deeply only to have him scorn her.  It truly is maddening. At first I thought suicide was a little overboard for Ophelia, but seeing how prevalent it is among young people today amidst bullying in person or online, I understand how the world can be too much to bear for someone her age. I just want to play her as true and grounded as I can to aid Rosencrantz and Guildenstern on their fated journey. 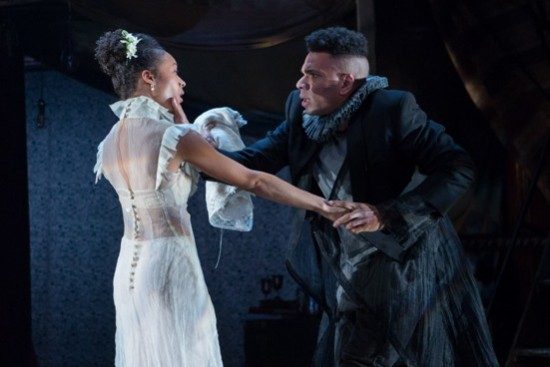 Being a company member at Synetic Theater has aided in giving me a substantial vocabulary of movement that aids me in all of my work. More specifically being able to tell a story or emotion with my entire body, as opposed to from the neck up. Ophelia doesn’t have many lines and as an actor in this play I need to help tell the story of Hamlet in very short scenes that never reach their conclusion. Therefore, I must depend on simple, elegant, and subtle movements to make her come alive in these fleeting moments in the world of Rosencrantz and Guildenstern. My work with Synetic Theater has made me a very versatile actor for all forms of theater.

You recently moved to Denver but keep getting cast in shows here in DC. What keeps you coming back here to work?

I love living downtown, and being surrounded by mountains is rather breathtaking. I consider DC my artistic home and as long as I work in theater and have opportunities to collaborate with DC artists I most certainly will. This is a really special place for me. I’ve always wanted to work at Woolly Mammoth so I haven’t given up on that dream yet!

What is next for you after Rosencrantz and Guildenstern Are Dead?

After this show I am going to head back to Denver and continue auditioning for companies out there including Denver Center for the Performing Arts, Colorado Shakespeare, and Curious Theatre. I hope to be back in DC in the near future!