‘A Quick 5’ with Patricia Woolsey 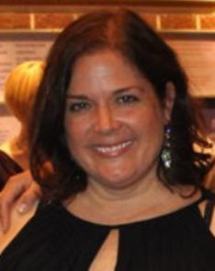 Patricia Woolsey is the Artistic Director of ArtStream, which is an all inclusive arts in education organization based out of Silver Spring.  It’s Inclusive Theatre Companies feature actors with and without disabilities and the way their productions are put together is something I think you will find most interesting. I will let Patricia explain more about that and all of ArtStream’s programs in just a second.

Patricia holds a B.A. from Catholic University of America and an M.A. in Mythological Studies with an emphasis in Depth Psychology from Pacifica Graduate Institute. She is also an accredited Montessori teacher. She has taught drama and movement for many arts organizations in the D.C. metropolitan area for the past twenty years including the AccessAbility program at Imagination Stage. Patricia directed the ArtStream’s Arlington Inclusive Theatre Company B for eight seasons. She has directed and/or choreographed over 27 plays regionally, 10 of which she also wrote. She is a registered drama therapist specializing in working with people with cognitive and physical disabilities. Patricia is a co-founder of ArtStream, Inc. and served as the Executive Director for nine years until she transitioned to the position of Artistic Director in June of 2014.

Patricia’s many awards and accolades include the following:  On March 6, 2007, Patricia was recognized for providing artistic experiences for people with disabilities in Arlington County at the Arlington County Proclamation Ceremony.

In June 2008, Patricia received the EP Maxwell Schleifer Distinguished Service Award from EP Global Communications, Inc., publisher of Exceptional Parent magazine. She was honored for advocacy on behalf of people living with disabilities.

This one story in particular gives you an idea of what kind of person Patricia is. On October 28, 2009, Patricia was presented with the Bank of America Local Hero Award, for “individuals who champion causes vital to their communities and inspire others to get involved.” She donated the $5,000 award to ArtStream.

On October 21, 2013, Patricia received the Montgomery County Executive’s Community Leader Award for Excellence in the Arts and Humanities.

After ten years of doing so much at ArtStream, Patricia will be taking a well deserved break as of July 1st, but I surmise she’ll never totally leave ArtStream because of her endless passion for the organization.  I consider myself very fortunate to be working  on ArtStream’s Silver Spring double bill of Till Death do us Part and War of the Stars. Come check us out. It’s one of the most fulfilling gigs I’ve had in 25 plus years of working in theatre. Patricia Woolsey is a big reason for this. It takes a particular kind of person to do what Patricia has done so I salute and applaud Patricia Woolsey for creating a company that like Denver Colorado’s  PHAMALY  chooses to embrace rather than exploit. Goodbye for now Patricia, it’s been a pleasure.

Can you please tell us a little bit about yourself work wise before starting ArtStream?

Ever since I was a little girl, I wanted to work in theater. I was a drama major at Catholic U; then, after college, I worked for a year as a special education assistant and discovered that I loved working with students with special needs. Ever since, I’ve looked for opportunities to work in the intersection of special education and theater. I had the great luck of working for several years with Sally Bailey who founded the AccessAbility program at Imagination Stage. I still very much consider her my artistic mentor. In addition to working at Imagination Stage, I worked as a freelance drama educator, director, choreographer and writer for several organizations.

Why did you along with ArtStream’s other founders feel that it needed to come into being? 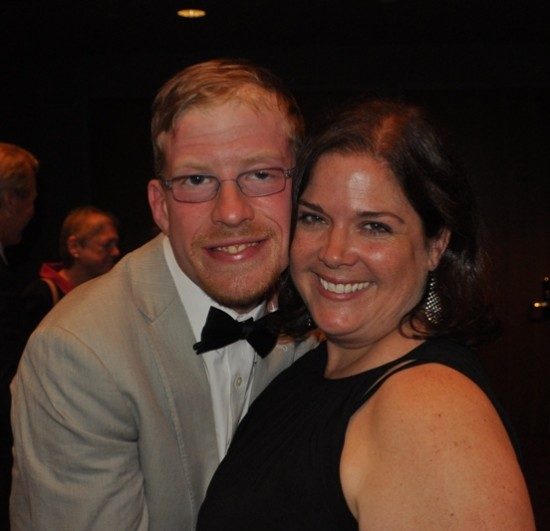 Can you please take us through the process of putting a production together at ArtStream?

The Inclusive Companies perform original musicals that feature adult actors with and without disabilities. The process begins with the group deciding on a theme for the show. Then the director and professional staff lead the company through several weeks of improvisations and during this process the actors help come up with plot lines and characters. As with any original show, what works gets incorporated into the script and what doesn’t is discarded. The director and staff write the script, and a composer/lyricist develops music and lyrics based on the ideas and improvisations of the company members. The script is recorded to accommodate actors who are auditory processors. This way, all actors have the option for auditory or visual memorization. From this point on, the rehearsal process is fairly traditional: the show is blocked, choreographed and songs are taught. The actors are expected to memorize the show and act with professionalism. Actor/mentors also perform alongside the actors with disabilities’ to provide a theatrical safety net. Then there is tech week and performances just like any other company. The entire process takes about six months of weekly two-hour rehearsals. Our actors and artistic teams really do a lot in 24 weeks…they go from 0 to 60 in a short amount of time. It’s quite amazing!

Aside from theatrical productions ArtStream offers a wide variety of classes. What would you like us to know about some of the other ArtStream offerings?

We currently have seven Inclusive Theatre Companies, but also over 70 programs in the course of one fiscal year, so we do a lot. We work in several special education schools, provider agencies for people with disabilities, and in hospital settings, including Walter Reed National Military Medical Center. Sally Kinka is running ArtStream, NC and doing amazing work at WakeMed and Duke University Hospitals in their pediatric units. Nicolette Stearns runs our leadership programming which offers social skills and self-advocacy training through a role-play model for persons with disabilities. This part of our programming has just exploded. We are very open to partnering with like-minded organizations and feel that strong community partnerships just make our organization and the impact we can have even stronger.

What is the most gratifying part about your job at ArtStream?

I love seeing the actors after a performance. They all seem to stand a foot taller. We all know how terrifying it can be to perform in front of an audience, but how good it feels to get the applause. I’m honored that we can provide programs that allow actors of differing abilities the chance to experience just that….to be seen, heard and celebrated.