Fringe Review: “It’s What We Do”: A Play About the Occupation at Lab II, Atlas Performing Arts Center 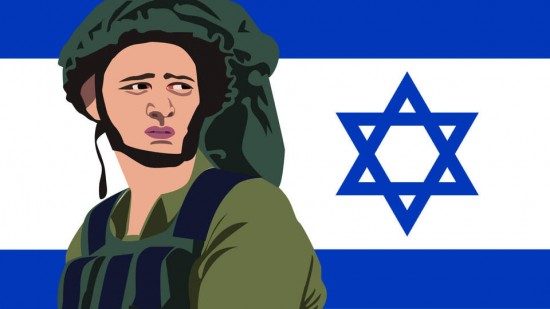 “It’s What We Do”: A Play About the Occupation

Without question, one of the most compelling and controversial issues of our time is the Settler Movement in the West Bank, a region known throughout most of the world as the Occupied Territories but among the hard right in Israel itself as Judea and Samaria—their biblical names.  A similar movement is slowly taking over East Jerusalem, once intended to be the capital of a projected Palestinian state.

We don’t see the maps, but if we did we’d realize that what has happened over the past 48 years, since the conclusion of the 1967 war, is the gradual dissolution of what was originally intended as a Palestinian homeland.

The impossibility of having a substantive conversation about the origins and ideology of the Settler Movement is painfully obvious to the Washington, D.C. theater community.  Witness the dismissal of Ari Roth from Theatre J, a company that rose to national prominence under his leadership; with his dismissal a sizable part of the local Jewish community has said in no uncertain terms that the Settler Movement will not be discussed in the heart of DC’s Jewish community—at least not in public—ever again.

This in spite of the fact the Settler Movement has been controversial in Israel from its inception and has always generated heated debate here.  Among my colleagues in Israel, the reputation of settlers is about as low as it gets; but thanks to the intimidation of a powerful few, reasonable people who are concerned about this issue have been beaten into the shadows.

As a corrective, the Washington Interfaith Alliance for Middle East Peace and the DC chapter of the Jewish Voice for Peace have joined forces to bring eyewitness testimony directly from the front lines of the Settler movement—“It’s What We Do”:  A Play About the Occupation is an evening of verbatim testimony from Israeli soldiers about the disturbing things they witnessed and did in the occupied territories, on behalf of the settlers.

A dissident group known as Breaking the Silence is now beginning to reveal what life is like for so many young people in the Israeli armed forces; and although they clearly do not speak for everyone, their voices deserve to be heard and considered.

Given the backlash that has already occurred—when I attended this past week, hecklers tried to dominate the post-show discussion—why stage something this controversial?  Why produce a play that gives American audiences such a negative view of the settlers?  My own answer:  consider that Israelis within Israel proper live in constant fear for their lives.  Consider that the Settler Movement is arguably one of the main motivating factors behind the terrorist attacks that haunt them.  Consider, too, that Palestinians have lived in fear for their lives and property because of the settlers as well.  If we care about Israel, why can’t we follow Israel’s own example and talk about the Movement ourselves?

Assembling the script and working with a company of trained actors and local volunteers, Pamela Nice has created a brief, powerful side of the story from the Occupied Territories.  To give audiences an idea of the scope of the issue, she has provided a series of maps (from BBC News), and each performance features a post-show discussion.  The goal is not to brow-beat us into one way of thinking, but it is designed to force us to think more broadly, and deeply, about what is happening in the Holy Land.  Olivia Haller, Tariq Triano and Keanu Ross-Cabrera give us a compelling glimpse of life on the front lines, soldiers who are forced to defend settlers throwing bricks at Palestinian schoolgirls, who have to clear and destroy Palestinian homes  with only 15 minutes’ notice.  For many in the Israeli armed forces this is just a job; for some, however, it is not what they signed up for, and they are now beginning to share their reservations about the Settler Movement and what it entails.

The format of the play is an interview, and the multi-talented Dior Ashley Brown—seated among the audience—provides The Voice, which questions the soldiers about what they have done.   As Brown pointed out in a recent post-show discussion, the stories here have an eerie echo in what we see in the American press about police brutality.  Whether it’s Baltimore, New York City or the West Bank, men and women in uniform are often placed in positions where they feel they must brutalize the local population; the names are different, but the stories are remarkably similar.

If your mind is already made up, one way or another, perhaps this is not the show for you.  But if you genuinely care about the innocent victims on both sides of the Israeli-Palestinian conflict, those who have been held hostage by Likud’s zealots and the anti-Semites of Hamas for decades, by all means come.  Your voice and your compassion for both sides matter.

Running Time:  One hour, with an additional post-show discussion.

“It’s What We Do”:  A Play About the Occupation  runs through July 25th 2015 at the Lab II Theater at the Atlas Performing Arts Center, which is located at 1330 H St. NE, Washington, DC.