Fringe Review: ‘The Movement: 50 Years of Love and Struggle’ at Mead Theatre Lab 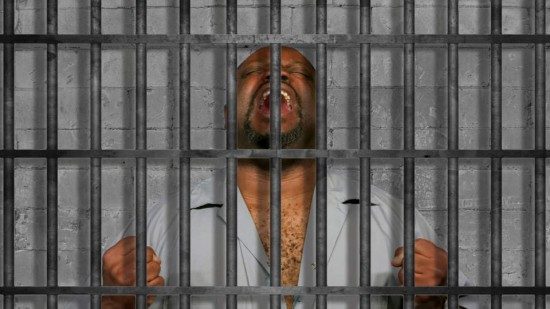 Last month, 21-year-old Dylann Roof walked into a South Carolina church and killed nine people with the apparent intention of starting a “Race War.” While the dialogue in news media after the election of Barack Obama suggested a brave new world, a so-called “postracial” society, events like these, and the recent riots across the country, say otherwise. It is therefore as important as ever to continue the conversation about civil rights in this country, and Ron Jones’s The Movement, now showing at Mead Theatre Lab as part of the Capital Fringe Festival, does just that.

…a powerful and engaging show.

The Movement, a multimedia piece written, and performed by Ron Jones, traces the history of the civil rights movement from August 6, 1965, to present day. It combines elements of a presentation (featuring a slideshow of fifty years of African-American firsts and statistics about the presence of African-Americans in government), a stage play (the show is peppered with the narrative of William, a black janitor and later teacher at a public high school whose son is born on the day the Voting Rights Act of 1965 passes) and student project (including videos of young people voicing spoken word pieces). It features one character in full KKK robes, a monologue on code switching, a speech by Martin Luther King about the military industrial complex, and all kinds of music from Motown to Public Enemy.

The small space of Mead Theatre Lab’s black box, combined with the content, makes this a powerful and engaging show. Ron Jones (who plays everyone onstage and most of the people in the videos) understands the nature of movement–an ongoing work in progress–and encourages the audience to air their opinions after the show. This is a remarkably dynamic piece, and well worth seeing given how it contributes to the current conversation about race in the United States.

The Movement: 50 Years of Love and Struggle played through Wednesday, July 22, at Mead Theatre Lab in Washington, DC as part of the Capital Fringe Festival.